Coaching controversy in the NWSL is bigger than Richie Burke 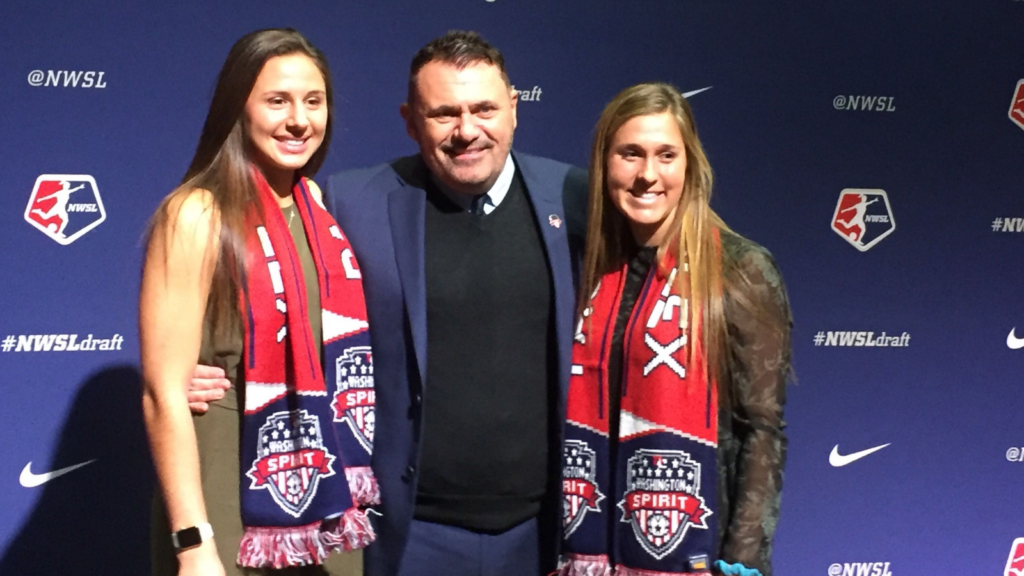 When the Washington Spirit announced Richie Burke as their head coach in early 2019, it was difficult to pin down a strong opinion on his background. He isn’t well-known outside the Virginia area, with no track record as a coach at the professional level. Without much else to go on, National Women’s Soccer League fans could only remark that he provided a gregarious presence at the recent College Draft, and seemed to be very open with his plans for 2019.

But this week, with preseason approaching, his history filled out in concerning ways, with allegations of an abusive coaching style at the youth level that drove at least one player out of club soccer entirely. Kellie Herring, whose son played for Burke at FC Virginia, wrote on a Spirit Instagram post (the comment since deleted by the club) that the coach “abused [her son] verbally, mentally, and emotionally” during his tenure, with “homophobic slurs and disturbing coaching behavior.”

The Spirit responded to Herring’s account with their own statement, that the incident in question was investigated by FC Virginia and the club at the time determined no action was necessary. The club’s response is evasive of definitive answers, but even before any troubling details had been uncovered, Burke’s hiring came with a certain amount of elaborate hand-waving from both Washington and the NWSL itself.

The league’s version of the NFL’s Rooney Rule (the stipulation that clubs must at least interview one diverse candidate) has never been publicly detailed, though NWSL president Amanda Duffy is adamant that no team has yet been in violation of it. That ostensibly includes the Spirit, but candidates with NWSL experience — like Lisa Cole, who was an assistant in Washington last year — interviewed for the head-coaching position with minority owner Bill Lynch and president Chris Hummer, who for all intents and purposes were not making the hiring decisions at that time.

EXTRA: Where are all the female coaches? Still navigating an unequal landscape

That power fell to new majority owner Steve Baldwin, whose daughter was coached by Burke at the National Cathedral School. At the time, the hire coming so close to home was accepted as the cost of doing business with new ownership, but it didn’t leave anyone a lot to work with from a soccer standpoint.

One frustrating aspect of constantly being tasked with analyzing under-qualified coaches in the women’s game is that it’s nearly impossible to prove a negative within the vacuum of the candidate’s experience. A coach with no professional record is certainly harder to quantifiably criticize than a bad one, but that lack of information should place a greater — not a lesser — impetus on the club to explain why the candidate is worthy. If a coach has no public record of success at a relevant level, the explanation as to why they’re a good fit should be active and ongoing. That dialogue was never provided with Burke — the announcement was casually folded into one around the entire technical staff — and now all that’s left are questions that are likely to go unanswered.

Hiring tactics for a number of clubs in the NWSL have seemed similarly vague in recent memory, and in a larger sense, one has to wonder if U.S. Soccer is playing with fire. The federation’s relationship with the league has been one of general tolerance, if not enthusiasm, but if the NWSL is supposed to act as an incubator for upcoming U.S. women’s national team talent, U.S. Soccer has to take a more active interest in who is given authority over their talent.

While frustrating, it’s certainly possible that the plateauing development of a player like Savannah McCaskill at the struggling Sky Blue FC is collateral damage that has been deemed affordable. But the possibility of World Cup roster contenders like Rose Lavelle or Mallory Pugh being coached by someone whose techniques have been described by some as abusive has to be cause for concern. Even if the human element is completely removed, the lack of oversight shows a certain amount of short-sightedness in the care of why U.S. Soccer underwrote the NWSL in the first place.

However, the larger concern in Washington has to be for the non-U.S. women’s national team players that fill out the Spirit’s depth chart, and operate with no independent collective bargaining agreement that sets standards and value to their contributions. The toxicity of an overly aggressive coach can and should be argued against in many ways, but the reported trends alleged under Burke’s tenure at FC Virginia targeted players that found themselves in more vulnerable positions than a recognizable star. U.S. Soccer has reason to oversee a player like Lavelle and Pugh, but who is looking out for players like Ashley Hatch, incoming rookies Tegan McGrady and Jordan DiBiasi, or any other part of the Spirit roster that might find themselves with little recourse to defend themselves? And what can be done about it right now, before Burke has ever coached an NWSL match?

Here’s how you can be “tough” on kids without swearing at, belittling, or demeaning them.

Set high expectations, hold them accountable, teach them how to compete, and use failures as opportunities to improve.

I honestly can’t believe people still conflate the two in 2019.

In response to the recent controversy, Burke has seen support from former players, furthering the idea that an abrasive coaching style can be forgiven (or even celebrated) if it gets results. That kind of rhetoric is difficult to escape in both sports and society at large, and it, of all things, does not exist in a vacuum.

The Washington Spirit could win a lot of matches this year. Or they could struggle, but those results lose value at the cost of the underlying humanity with which the league should operate. That priority has been a standard of NWSL support since the league’s inception, and one has to imagine that fans are not going to let that slide in 2019.

So now, perhaps finally, responsibility rests again with the Spirit to communicate why Burke is the man that should lead their club into the future. They still have a chance to do so, even before games are played, but it will require a declaration of priorities that isn’t always rewarded in professional sports. One has to hope they’ll recognize the opportunity.