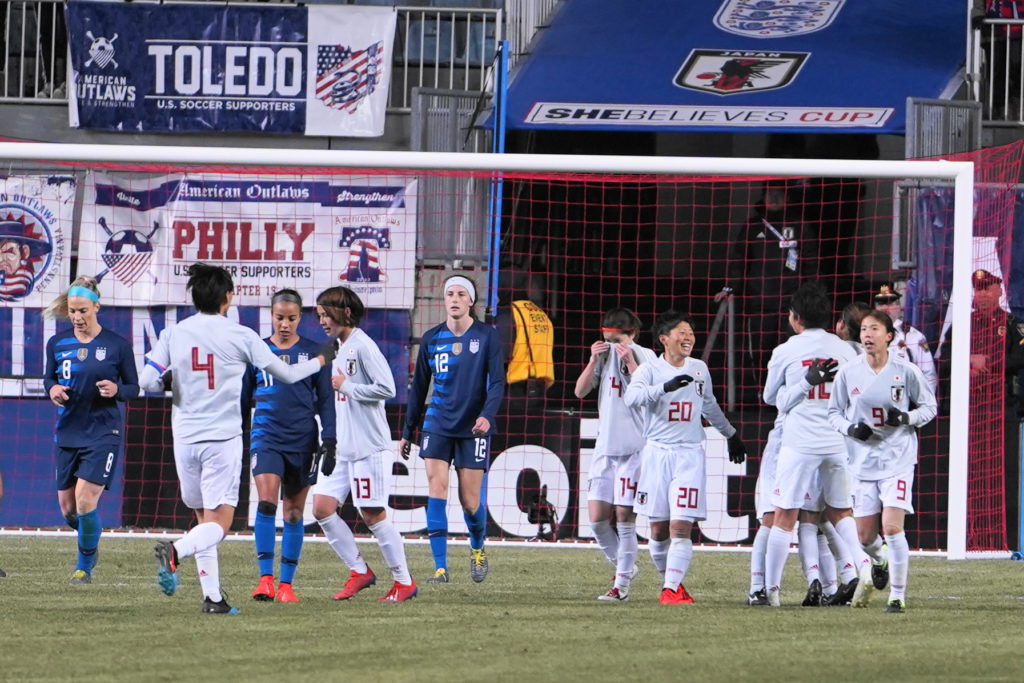 Jill Ellis had to face Japan on Wednesday night without the services of Becky Sauerbrunn who missed the SheBelieves Cup opener with a minor knee issue. That left Abby Dahlkemper and Tierna Davidson, generally believed to be competing for the role as Sauerbrunn’s partner at the World Cup, to partner each other in central defense. The result was a 2-2 draw in which the United Sates led twice but surrendered a pair of sloppy equalizers, the second just as the clock struck 90.

“We made two mistakes in the back that cost us,” Ellis, who was otherwise quite pleased with her team’s performance, said after the match.

Sauerbrunn’s absence was not necessarily glaring, but one has to wonder if her presence would have been enough to calm the situations that led to Japan’s goals.

“We had an opportunity to clear that ball, cleared it straight into the opponent,” Ellis said of the first equalizer that saw Tierna Davidson’s clearance go directly to Emi Nakajima.