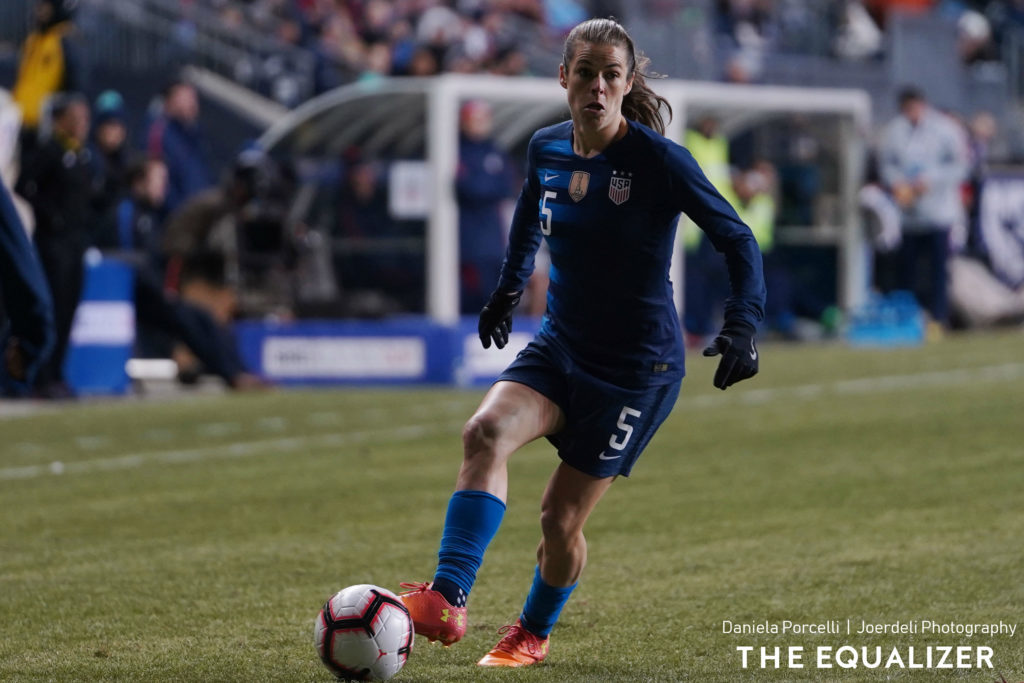 For the first time in the short history of the SheBelieves Cup, the United States did not win its opening match, instead drawing 2-2 with Japan. The match had its fair share of highs — Tobin Heath doing Tobin Heath things, Christen Press making an impact within about 23 seconds of playing time, Alex Morgan’s hold-up play– and lows — the bizarre shift in formation for a small chunk of the second half, some truly Keystone Cops defense, and the decision to play forwards as central mids. But an important part of that shift between the much more fluid first half and the sloppy second is not any of those things.

Rather, it was the return of Kelley O’Hara. Jill Ellis’ preferred starter at right back missed the Europe trip in January — an ugly loss to France and a still fairly ugly win over Spain — as she was recovering from ankle surgery, and although she was taken off at the halftime on Wednesday, she didn’t seem to suffer from any rust or lack of fitness. Buoyed by her connection with Heath, much of the U.S.’ play came up the right flank in the first half.

Heath found great joy in the opening minutes when she would burst endline after receiving the ball, and Japan didn’t have an answer for her. Meanwhile, O’Hara, who often assisted in the buildup, alternately hung back as an outlet if the play wasn’t on for Heath, or made a cut inside to draw a defender away, opening up space for Heath to play a ball in.

We haven’t seen this sort of heavy attack on the right side from the U.S. in a while. Instead it’s been much more on the left, with cameos by Heath or Pugh on the right. The combination of a good run of form from Megan Rapinoe, plus the reemergence of Crystal Dunn at left back, kept the U.S. in a lopsided formation during much of 2018. However, we didn’t see as much of Dunn pushing forward this game, whether that was because O’Hara and Heath dominated play or because she was concerned with the space left behind, something Japan tried to exploit every time she did. 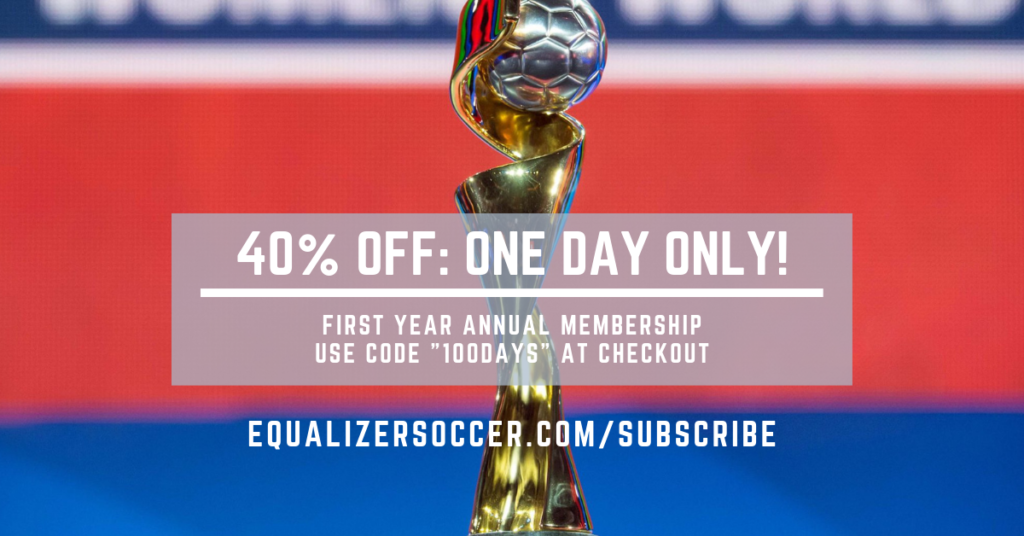 That’s another thing: O’Hara’s defensive positioning has improved tremendously over the last few years as she’s played more consistently as a fullback for the U.S., leading directly to a drop in reckless tackles since she’s not getting beaten as often. When Japan tried to play behind her, she recovered well, often tracking back before a player got in behind.

As I mentioned, O’Hara was subbed at the start of the second half, part of the management to get her back toward full-match fitness. Emily Sonnett, Ellis’ preferred deputy for O’Hara for the time being, came on, and she’s such a different player that it’s hard not to attribute some of the team’s overall changes to the switch.

Heath was not nearly as effective for the remainder of the time she played at wide forward. Part of that is due to the fact that Japan swarmed her with three players when she got the ball, but she was also lacking consistent support from Sonnett, who plays a deeper role than O’Hara (even for the brief time she was a wingback in this match) and is not nearly as adept at dribbling. It would probably help if Sonnett were actually an outside back by trade or inclination — but she isn’t.

Ellis is surely happy to have O’Hara back, and she should be. The chemistry between her and Heath clearly pays off, and she lends a stability to the defense they lack without her (not their only problem on defense, but I digress). Come World Cup time in June, she’ll be lining up at right back for every important match, and that’s only going to help the U.S. defend their trophy.

With Nobbs out, England look to replace their heart and spine
Coaching controversy in the NWSL is bigger than Richie Burke