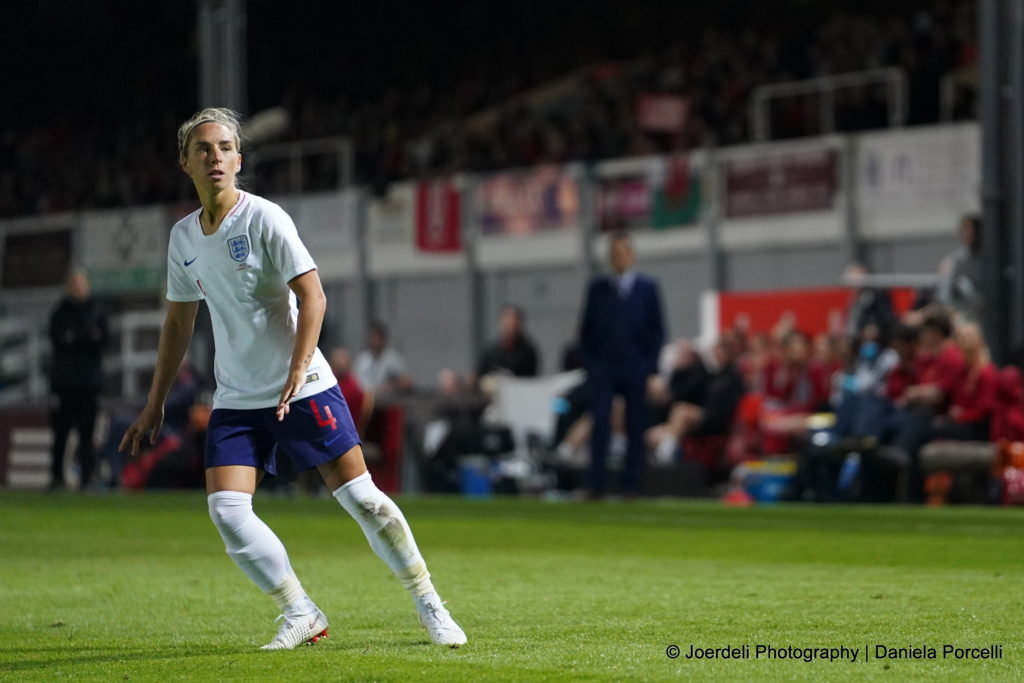 With Nobbs out, England look to replace their heart and spine

With Nobbs out, England look to replace their heart and spine

PHILADELPHIA — The spine of every top-caliber football team has a strong midfield. It features someone who can link up and play in front of the back four while also creating and moving the ball forward effectively. Jordan Nobbs does all that and much more for England. She is the heart and the engine of the England midfield — and she won’t be in action at the 2019 SheBelieves Cup or the 2019 World Cup in France.

The Arsenal star tore her left ACL in a league match in November, and her requisite recovery time is too long a process to adequately prepare for her the World Cup and participate at a high level. England now have a major hole to fill ahead of the World Cup.

“Jordan Nobbs as immense as she is, she was on real form when we lost her. It’s a huge loss to this group. They know Jordan’s behind the team. We’ve got hopefully the 2020 Olympics, and the [2021] Euros, where she can come back into the team. What an opportunity for the girls to step up and show what they can do.”

Nobbs made her Lionesses debut at the 2013 Cyprus Cup, and subsequently earned a roster spot at the 2013 European Championship in Sweden under then coach Hope Powell. Nobbs has come a long way since her debut. She has 53 caps with six goals for England, but her presence is about much more than baseline statistics.

Access the best women’s soccer coverage all year long
Start your FREE, 7-day trial of The Equalizer Extra for industry-leading reporting and insight on the USWNT, NWSL and beyond.
Subscribe
Existing Users Sign In Here
Related Topics2019 SheBelieves CupEnglandExtraFeaturedJordan Nobbs