The NWSL’s partnership with A+E is over. Now what? 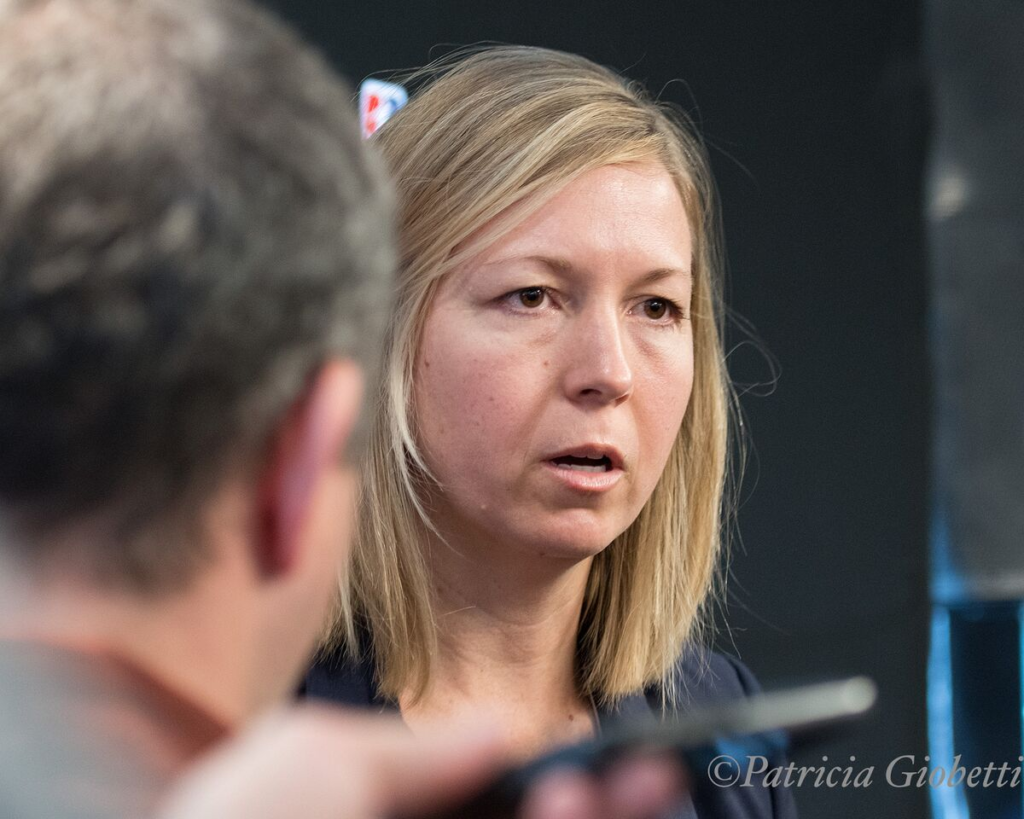 The National Women’s Soccer League’s partnership with A+E Networks is over, effective immediately, one year earlier than planned. The league made the announcement on Wednesday.

A+E has pulled its 25 percent equity stake that was established when the partnership commenced in early 2017. The NWSL has now also assumed full control of NWSL Media, the media and sponsorship arm that was previously a 50-50 joint venture between the league and A+E.

Lifetime will no longer broadcast matches, but will carry on with its sleeve sponsorship of all league jerseys.

NWSL president Amanda Duffy called the move a “win-win” in a conference call with reporters on Wednesday, but it’s impossible not to be alarmed by the abrupt end to a partnership which was, only two years ago, celebrated as an innovative step forward for the league and, perhaps, a potential model for niche sports media rights deals. Discussions of ending the relationship only developed within the past 10 days, prompted by ongoing back and forth around the 2019 Lifetime broadcast schedule. There was an increasing understanding over the past year, and in the past few months, that an extension of the partnership beyond its late-2019 expiration could be challenging for both parties, given the slow return on initial investments.

The issue of ending the partnership is first and foremost one about money. A+E’s exit removes some investment in the league in an all-important World Cup year – some tangible, some more implicit, like the cost of running a high-end TV broadcast. Crucially – for league owners – it puts control of the league decisions and revenue back in their hands.

“With team operators having full ownership and full control over the league – and also with commercial properties in NWSL Media – we feel that this is a welcome element for expansion conversations, that new team owners would be excited about,” Duffy said.

So, from a money perspective, perhaps there are benefits for both parties. A+E invested millions of dollars for little return to date. Team owners will now keep more of the revenue generated – but they will also shoulder more responsibility for generating it. A+E was tasked with handling that on the media side. The lack of national league sponsors – the selling of which falls under the NWSL Media umbrella – remains a glaring weakness for the league.

READ MORE: Looking for a positive spin on the end of the NWSL-A+E partnership

Where this leaves the league from a media perspective is the other side of the coin. Duffy said that the NWSL is in conversations with other networks about broadcast rights, and that she expects to announce a TV deal in the coming weeks.

At a minimum, all regular-season games will be streamed online on Yahoo Sports for U.S. viewers, and on NWSLsoccer.com for international viewers. Yahoo has replaced the now-defunct go90 on that front as part of the three-year Verizon deal which ends after this season. Verizon is paying a rights fee for those games; one source with knowledge of the deal quoted the fee as being in the low-seven figures.

TV is a different challenge. The game of the week that Lifetime aired the past two seasons is a 20-game regular-season package plus the playoffs and is independent of the streaming deal. Will a traditional broadcaster see any value in that,?

There wouldn’t be any exclusivity of audience – at least not like in 2019 – since Yahoo already has digital rights to the league. TV audiences have also been negligible for the NWSL. It’s unlikely that any traditional player will see large value in the league for, essentially, a partial-season TV package, even if the supposed ‘World Cup bump’ in interest becomes reality this summer.

A lack of a TV deal wouldn’t be the end of the world, either. The small audiences that the NWSL has attracted on traditional TV have not been large enough to seal any deal for a national sponsor, and in some ways, they are reaching for unknown audiences.

A far greater focus for the league should be selling another strong digital rights package – perhaps even incorporating a hybrid subscription model – for beyond 2019. OTT is how young fans consume sports, and it needs to be the priority for the NWSL.

ESPN will surely be among the entities that the NWSL will chase for a deal, and perhaps Fox sees value in what would be shoulder programming for the 2019 Women’s World Cup. Truly, though, was there great value in the ESPNews deal that was struck for the end of last season? The channel is not standard in many homes, and the switch from Lifetime and to an evening time slot didn’t make any major difference in viewership.

Instead, the NWSL would be far better off focusing its attention on the digital offerings of an ESPN or a competitor. Women’s soccer is soccer; the benefits of a soccer fan, who already pays for ESPN+ to watch MLS, USL or Serie A, are obvious in far more tangible ways than a traditional broadcast sandwiched between broadcasts of auto racing and ultimate.

“We fully understand that our fans are consuming sports and NWSL in particular in different ways – and new ways, now,” Duffy said. “So, as we have the conversations, we understand that and are open-minded about what makes the most sense for the league, and that would provide the accessibility to our fans and provide the exposure to our league and the players on any platform or network that we do move forward with.”

The idea of a ‘traditional’ player forking over a bunch of cash and actually treating the league as a priority (which, it should be noted, A+E did) is an impossible ask. Increasingly, there is real money in digital platforms, and the likes of Amazon (heck, even YouTube has become more profitable since the NWSL was last on the platform, in 2016) are willing to spend to acquire properties and build out their arsenal. Will the NWSL be bold enough to take that leap?

The Lowdown: Roster strengths and weaknesses of all nine NWSL teams
Looking for a positive spin on the end of NWSL, A+E deal