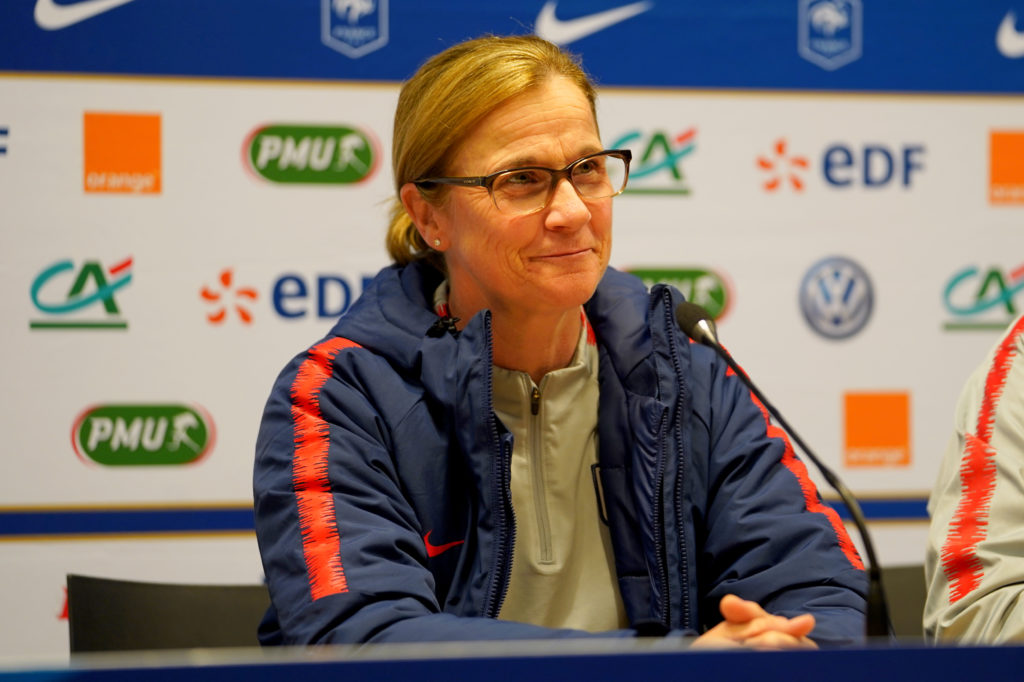 Ellis was paid $291,029, per records, though the Washington Post’s Steven Goff reports that Ellis signed a new contract last year — one which the federation did not publicize — which gave Ellis a “substantial increase” to her salary. The exact number won’t be known until the next round of tax records come out next year. Ellis’ initial “multi-year extension,” signed after winning the 2015 World Cup, was believed to run through this year’s World Cup with an option through the 2020 Olympics. The Equalizer understands that last year’s change was a numerical adjustment to her salary, not the length of the deal.

Still, Ellis’ salary looks relatively insulting compared to the amount of money paid out to former coaches, in particular, on the men’s side. The U.S. men infamously failed to qualify for the 2018 World Cup. To put things in perspective:

— Jurgen Klinsmann was paid $3.354 million for the last year of his contract. He was fired in November 2016 amid struggles in the early stages of final-round qualifying.

— Bruce Arena, who took over for Klinsmann and was at the helm for the end of the failed qualifying effort, had a base salary of $899,348 and received another $300,000 after resigning in October 2017, following the failure to qualify.

The entirety of the 990 form can be found here. More information will be available about investments in the National Women’s Soccer League upon the release of last year’s audited statements.

Next year’s fiscal records will be mighty interesting. They should reveal exactly what Ellis’ raise was, and perhaps provide a peek into the earnings of new U.S. men’s national team coach Gregg Berhalter. U.S. Soccer’s fiscal year runs from April 1 to March 31, so the 2019 Women’s World Cup will be included two reports from now.

Salaries of a few — but not all — women’s national team players are included in each annual report, since the federation has to list a certain number of highest-paid employees. Sam Mewis, Kelley O’Hara, Christen Press and Becky Sauerbrunn were listed as earning base salaries of $178,000 along with bonuses of between $70,350 and $79,100, bringing total earnings to between $247,497 and $257,920.

READ MORE: Where are all the female coaches? Still navigating an unequal landscape

The 2023 Women’s World Cup bidding process will be one fascinating mystery
The NWSL’s partnership with A+E is over. Now what?