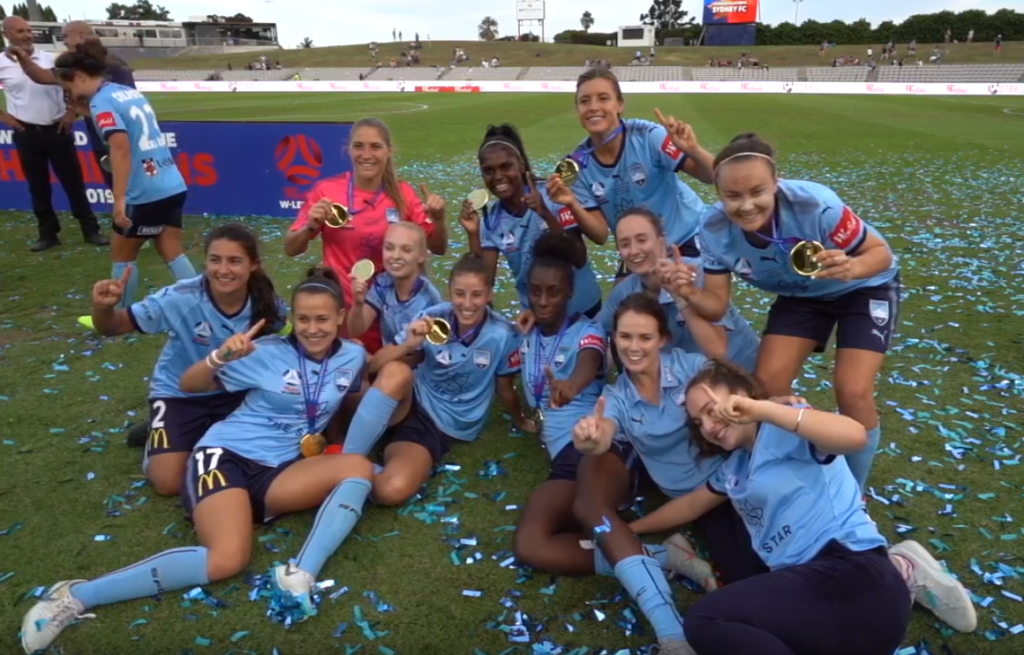 Savannah McCaskill led the way with a brace as Sydney FC defeated Perth Glory 4-2 to claim the 2019 W-League Grand Final championship on Saturday.

As they did in their semifinal, Perth got off to a slow start, and Sydney made them pay. In the second minute, McCaskill got an unexpected chance but knocked it off the crossbar. Less than five minutes later, Sofia Huerta ran onto a ball from McCaskill, took one touch, and launched it past goalkeeper Eliza Campbell.

Sydney would continue to control the game until the 22nd minute. Danielle Colaprico cleared the ball inside her own box but continued to follow through after the ball was gone and connected with Sam Kerr’s leg, earning a yellow card and a penalty kick. Kerr stepped up to the spot and sent a low roller to her left. Goalkeeper Aubrey Bledsoe guessed correctly and put a hand on the ball but couldn’t do enough to push it wide.

After the equalizer, Perth grew more comfortable with the game. Each side had several quality chances, including a free kick Alanna Kennedy headed wide after Nikki Stanton picked up a yellow card for a late challenge on Princess Ibini. Kerr and Rachel Hill combined well, as they’ve been doing all season, but they struggled to find a quality finish.

In the 41st minute, Caitlin Foord played a fantastic ball forward for McCaskill, who not only held her run perfectly to stay onside but recognized that Campbell was off her line and sent a lofty header over the keeper to regain the lead for Sydney.

The second half picked up where the first left off, as fans were treated to end-to-end action. Kerr was in the thick of it for Perth, of course, but she was heavily marked by Kennedy and Elizabeth Ralston. For Sydney, McCaskill and Foord dominated the right flank, and it was McCaskill again in the 61st minute. She brilliantly brought down and controlled a deflection before turning and slotting it at far post.

Just seven minutes later, Alyssa Mautz kept the game interesting. Stanton sent in a driven corner and Mautz met it with her body moving away from goal, finishing over Bledsoe at a tough angle.

The second-half goal-fest continued in the 70th minute when Chloe Logarzo latched onto a misplayed clearance from Mautz and sent in an absolute rocket that Campbell had no chance of saving. Unfortunately, Logarzo had her ankle turned ten minutes later and had to cut her game short.

That put the nail in the coffin for Perth. They continued to push and create chances, but Sydney’s firm defense and control of the midfield denied them another good look on goal, and it never seemed like they could mount another comeback. Savannah McCaskill was named player of the match for her fantastic efforts, while Logarzo, Huerta, and Kennedy all had great matches as well.

The Grand Final victory is Sydney’s third overall and first since 2003.

Marta will return to the Orlando Pride in 2019
The Equalizer Podcast, Episode 47: A Truly Grand Final