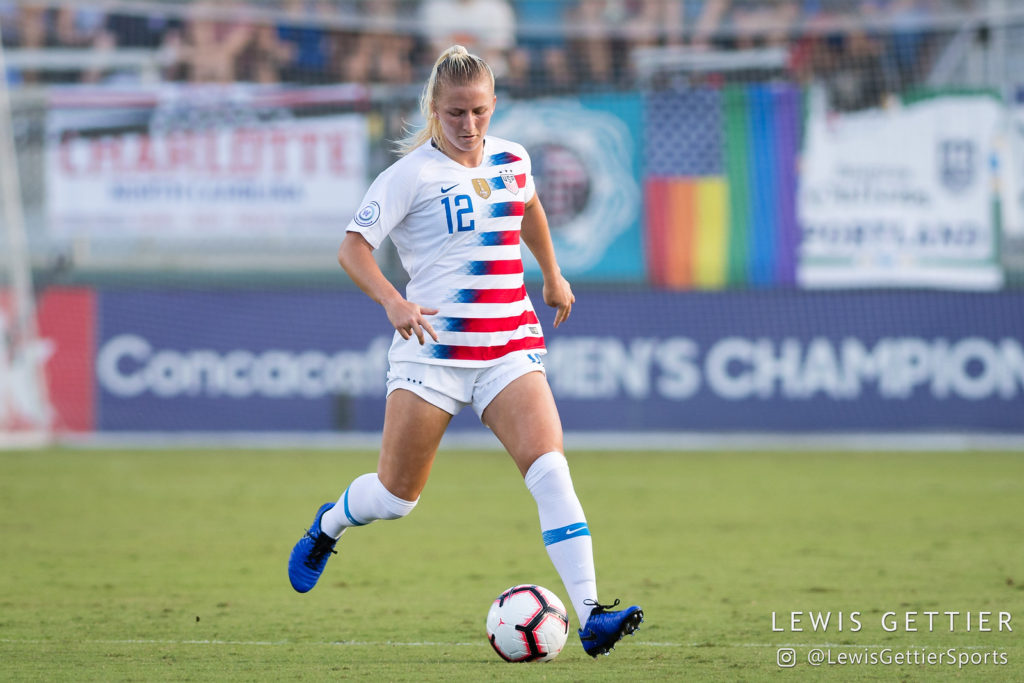 Hailie Mace, the No. 2 overall pick in this year’s National Women’s Soccer League College Draft, has followed in the footsteps of fellow draftee Julia Ashley in rejecting Sky Blue FC and heading to Sweden after signing a short-term contract with Malmo-based FC Rosengard.

Mace, who has three U.S. women’s national team caps to her name, was announced by the 10-time Swedish champions on Wednesday morning, signing a contact “until the summer,” with the option to extend until November.

Sports manager for the club and former Swedish international Therese Sjögran confirmed that Mace had been signed primarily as a forward, but it is well known that she can also play as a wing-back.

The UCLA graduate has just finished a short stint in the Australian W-League with Melbourne City, with her next stop being much talked about after it was confirmed last week that she was not planning to sign with Sky Blue. The Equalizer’s Dan Lauletta first reported on draft day that Mace had no intention of signing with Sky Blue FC. Team general manager Tony Novo said following the draft that he thought Mace would come around on playing in New Jersey.

On signing with FC Rosengard, Mace said: “I picked Rosengard because of all the positive surrounding the club. After speaking with players who are there, or have played there, I know that the experience will be a valuable one and allows me to continue to develop as a player and as a person.

“When speaking to them on the phone, they knew a lot about me as a player and it let me impressed and thinking I will fit in well with their style of play. I’m looking forward to live in a new country and learn from all the players and coaches while fighting every day to win the Damallsvenskan.”

The confirmed news is a blow to Sky Blue, who also had to deal with the loss of sixth overall pick Ashley, who signed for Linkoping in January. Ashley, a New Jersey native, told The Equalizer that she had heard a lot about the lack of resources at Sky Blue.

The news comes a day after the club released a statement with some updates for the coming season, which will see Tammy Murphy, wife of co-owner and New Jersey Gov. Phil Murphy, taking a more active interest in the team.

Unfortunately, it also comes just a month after general manager Tony Novo said of Mace at the NWSL College Draft, “I think that she will be here once we talk to her and get by some of the negativity we’ve had in the past.”

One minor downside for Mace is that she will not have the opportunity to play in the Champions League during her spell, as Rosengard are already out of this season’s competition and missed out on next year on the final day of the season in 2018.

Ashley and Mace will square off for the first time on May 20 when Linkoping hosts FC Rosengard in the Damallsvenskan.