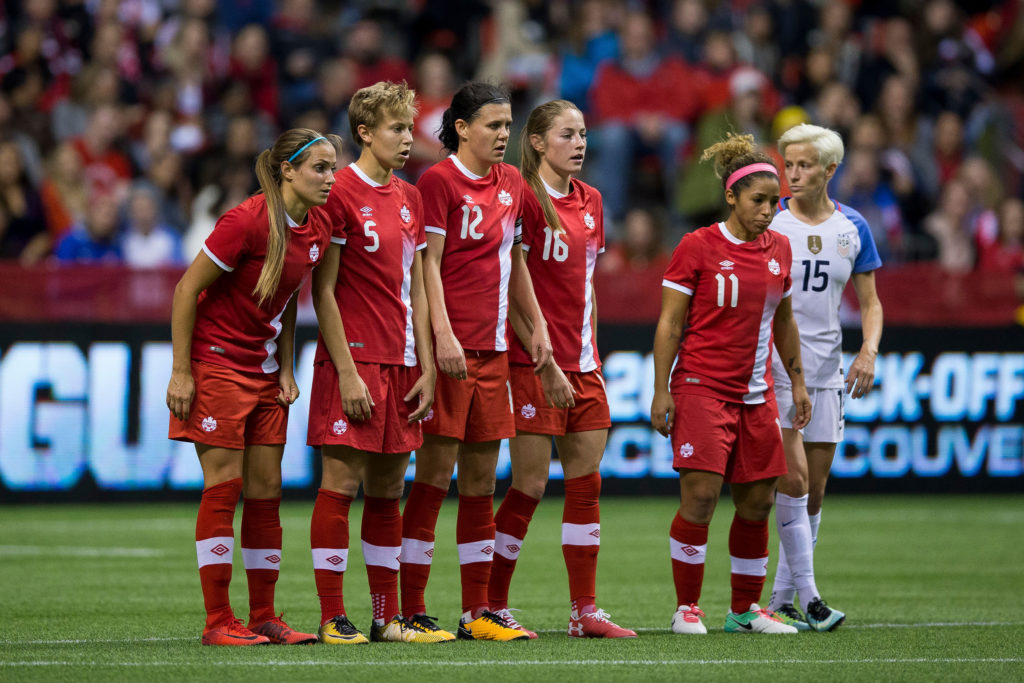 CHICAGO – The National Women’s Soccer League has always been an entity devoted to providing a professional playing environment for U.S. Soccer, and collegiate athletes looking to turn pro.

Canadian NWSL players who are not allocated take up an international roster spot. A domestic classification would make it easier for Canadians to play in the NWSL, but U.S. labor laws prevent that. The NWSL’s relationship with Canada, however, remains a priority, according to NWSL president Amanda Duffy.

“It’s a valuable relationship for NWSL,” Duffy exclusively told The Equalizer. “Canada Soccer has been part of the league since the league’s inception and has provided meaningful support through the players that it provides into NWSL. These are players that are impactful to the competition and quality of play in NWSL.

“We value that relationship, and are excited for it to continue certainly through the next two years with the Women’s World Cup and Olympics. having seen the national teams progress over the last decade and the quality of their play. We think NWSL is a part of that and glad that we can collaborate and continue to work together.”

The Canadian Soccer Association has allocated players to the NWSL since the league’s inception, paying for the salaries of select national team players. That makes it easier for Canada’s top players to play professionally in North America. Canada’s allocation numbers have been dropping since the inaugural season in 2013, but for a small uptick last season.

“I think there’s an evolution of the partnership,” Duffy explained. “Certainly when we started, the Mexican Federation was a part of NWSL as well. It’s always intended to be an evolutionary type partnership, and was focused on providing sustainability to the league in the early years given the historical outcomes of women’s professional soccer leagues.

“I think it was always known there was going to be an evolution. We think that the partnership is valuable, and regardless of the allocation numbers, they’ve been a great support to the league and we continue to have a great relationship with the federation.” 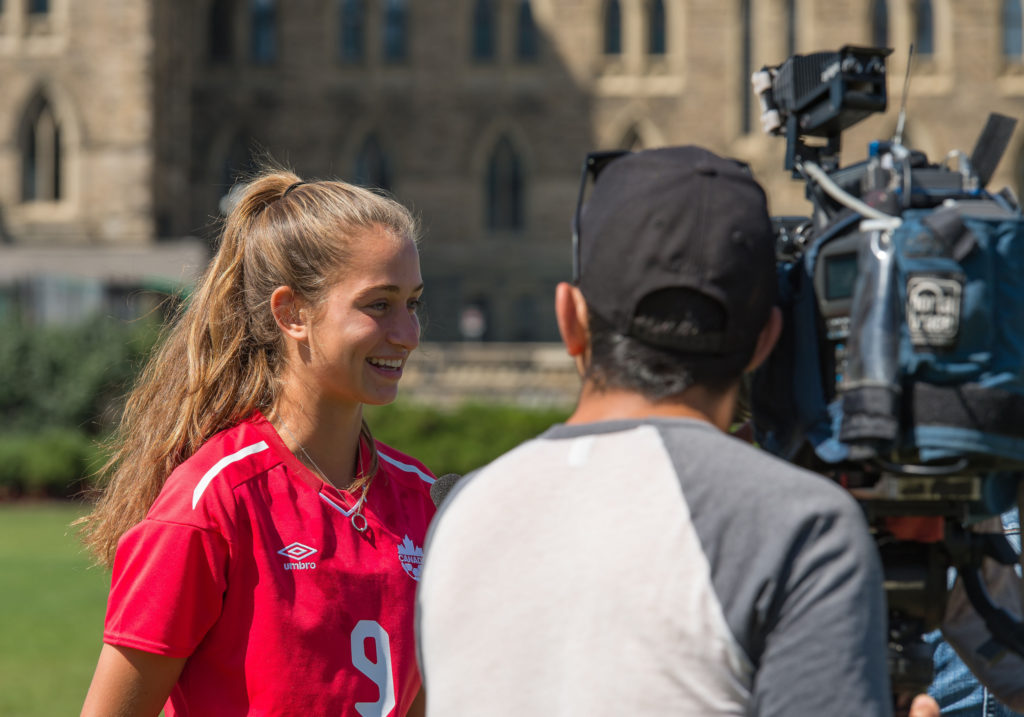 The likes of  Christine Sinclair, Desiree Scott and Diana Matheson have found homes playing in the NWSL. They’ve not had an opportunity to play for an NWSL club based in Canada, however, which is something of a recurring topic in the public eye. NWSL expansion to Canada, specifically to Vancouver Whitecaps FC has always been a hot topic, but nothing concrete has ever materialized. The Whitecaps were, at one point, a leading candidate in early 2018 before talks fell apart over the summer.

“I think there’s certain elements to expansion and both of the businesses that weren’t able to be aligned at the right time with where the Whitecaps are and where NWSL is,” Duffy said. “It’s certainly a market and organization that has proven to have support on the women’s soccer side and the number of years they operated a USL W-League team. The support and equality of play under the Whitecaps organization was tremendous. We remain with a great relationship with the Whitecaps.

“There’s certainly barriers with entering into Canada for NWSL, as far as the business structure of it. All of that has to be taken into consideration to help us arrive at a right time, right situation.”

In order for an NWSL franchise to be successful in Canada, Whitecaps FC wanted a roster predominantly made up of Canadian players. The NWSL was not on the same page, and worries about a ‘national team’ competing in a professional league arose.

An agreement was not reached between Whitecaps FC and the NWSL concerning roster regulations and how many Canadians would play for a potential Vancouver team.

“The league has roster regulations right now,” Duffy said. “If we were to expand into Canada, I think there would be an evaluation of what makes sense for the league, that the owners are comfortable with, to be able to allow certain rules to be changed as a league-wide situation.”

Vancouver has always been talked about, but what about Toronto and Montreal? Both cities have successful MLS franchises, stable ownership, and a viable stadium facility.

“I think, again, it’s a right market, ownership situation, right timing for all of the parties involved. We’ve had some good conversations and good dialogue with certain prospects right now. It will be at the right time when those come to fruition.”

EXTRA: What’s Plan B for the USWNT? Jill Ellis hopes she found answers 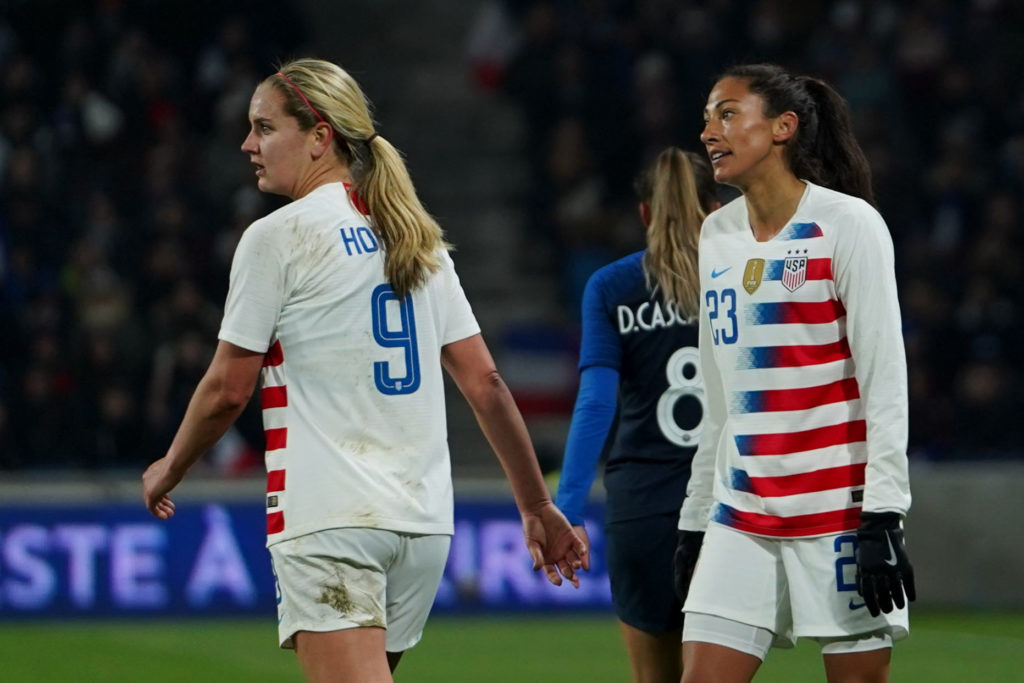