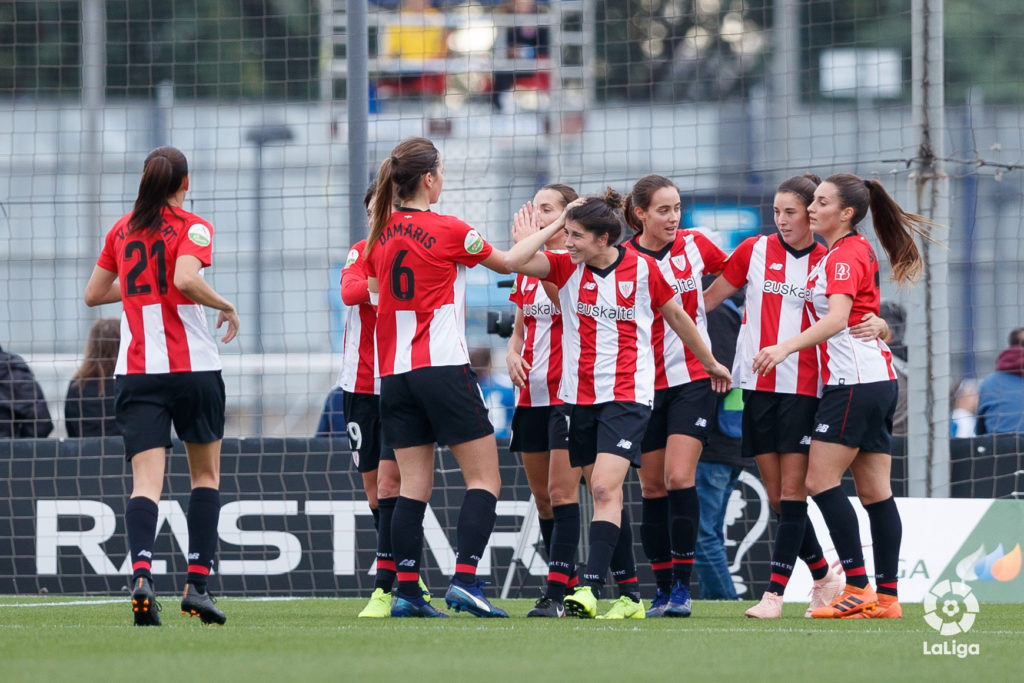 Those who call Spanish side Athletic Bilbao their team are familiar with the saying. “Con cantera y afición, no hace falta importación.” You will not find these words written in any of Athletic Bilbao’s handbooks. It does not appear anywhere in the Athletic stadium in the way Barcelona’s famous “mes que un club” motto sparkles at the Camp Nou. It is not the kind of thing you gift as a scarf to a fan for Christmas. In these ways, the words are silent. However, they are at once a powerful rallying cry, a formula for success, and a source of pride for the club and its followers.

In English, the motto translates to, “with homegrown talent and local support, there’s no need for imports.” The phrase refers to Athletic’s cantera policy, a 100-plus-year-old rule whereby the club will only sign players who were born in the Basque country, or who learned their soccer skills at a Basque club.

It is a “unique philosophy,” as longtime Athletic Feminino member and current coach Iraia Iturregi would be the first to admit. For Athletic’s women’s side, as well as its men, this idea, in part, has contributed to the club’s achievements over the years. Athletic Femenino is the most accomplished women’s team in Spain, having won 12 trophies, five Spanish league championships and qualified for the UEFA Women’s Champions League five times since the team’s official establishment in 2002. Their success stands out in the women’s Primera Division as they boast the league’s best all-time record (318-72-60).

How the cantera policy — a badge of honor for the club — has manifested on the field is one thing; how it lands, is wielded and experienced from generation to generation beyond it, is another. In our current global climate, the sentiment behind the policy is, to put it mildly, a charged one.

Access the best women’s soccer coverage all year long
Start your FREE, 7-day trial of The Equalizer Extra for industry-leading reporting and insight on the USWNT, NWSL and beyond.
Subscribe
Existing Users Sign In Here
Related TopicsAthletic BilbaoExtraFeaturedLiga IberdrolaPrimera DivisionSpain