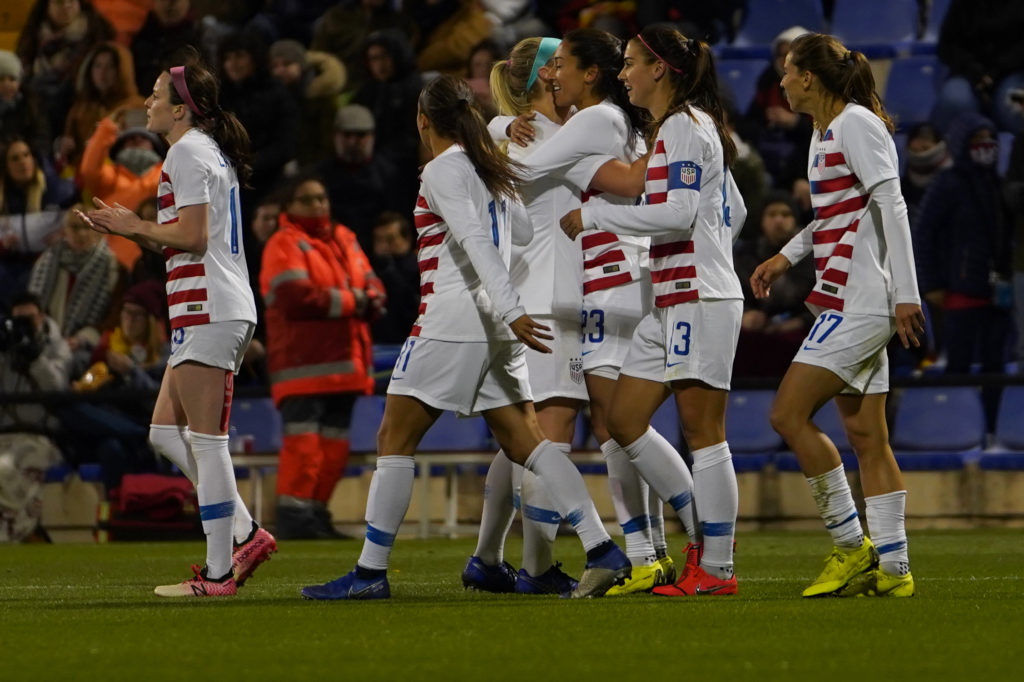 The United States women’s national team defeated Spain, 1-0 on Tuesday in Alicante behind a second-half goal from Christen Press

The match rounded out the Americans’ two-game trip to Europe. France defeated the U.S., 3-1 on Saturday in Le Havre, snapping the Americans’ 28-match unbeaten run that stretched back to 2017.

Press entered the match at halftime and made the difference in the second half, scoring eight minutes after the break. Press collected the ball inside of her own half of the field, and dribbled over 50 yards, right at Spain’s defense. Press eventually hit a low, left-footed shot from an acute angle which Spain defender Irene Paredes tried to clear, but could only further guide into the net.

Disagree @IanDarke, from this angle for sure it’s on target.
pic.twitter.com/3WT8OcIVqM

The meeting was the first in history between the U.S. and Spain at the senior level.

The Americans return to action on Feb. 27 against Japan to open the SheBelieves Cup in Chester, Pennsylvania.