U.S. were second best to France but final exam still to come 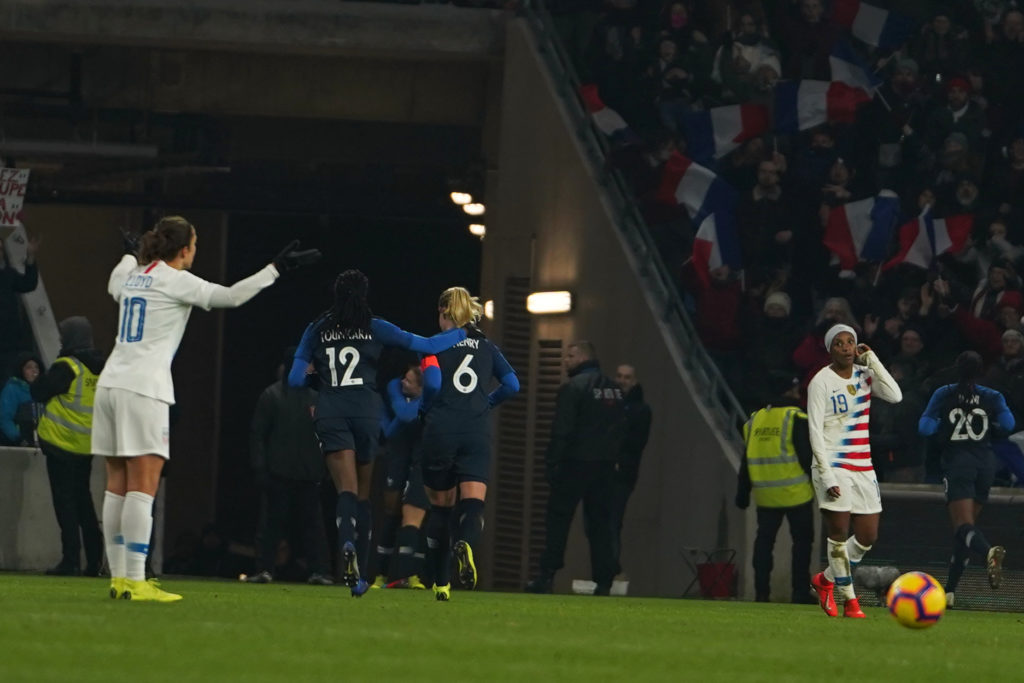 LE HAVRE, France — When the U.S. Women’s national team defeated Scotland in November, it resulted in Jill Ellis’ side being able to brag about an unbeaten 2018, which saw her team see off all before them, and on occasion, in convincing style.

But in Le Havre on Saturday afternoon, her side’s 28 game unbeaten run came to an end against a dynamic and destructive France side who ripped through the heart of a rusty U.S team, resulting in another defeat against the French in a World Cup year. The performance lacked any cohesion, any real threat, and screamed of a team that hadn’t been together since that Scotland win, or played any competitive football on an individual level since then.

That’s not an excuse for the team, and much like four years ago when the French beat the U.S 2-0 in Lorient in their opening fixture of 2015, Ellis’ side simply had no answer to the attacking flare of the French, while struggling to shake their own cobwebs.

Playing a side the caliber of France at the start of a calendar year when almost all of Corinne Diacre’s team is currently in the middle of their season, isn’t necessarily the fixture you want to continue an unbeaten run. But Ellis explained it was important to play a match like this, with her ‘responsibility as a coach’ to take the team away from home and experience different environments, while also looking at the learnings from the fixture.

“I think first and foremost, to step out into a stadium and not be the home team, our players need to experience that. We don’t very often…

Access the best women’s soccer coverage all year long
Start your FREE, 7-day trial of The Equalizer Extra for industry-leading reporting and insight on the USWNT, NWSL and beyond.
Subscribe
Existing Users Sign In Here
Related TopicsChristen PressExtraFeaturedFranceJill Ellis