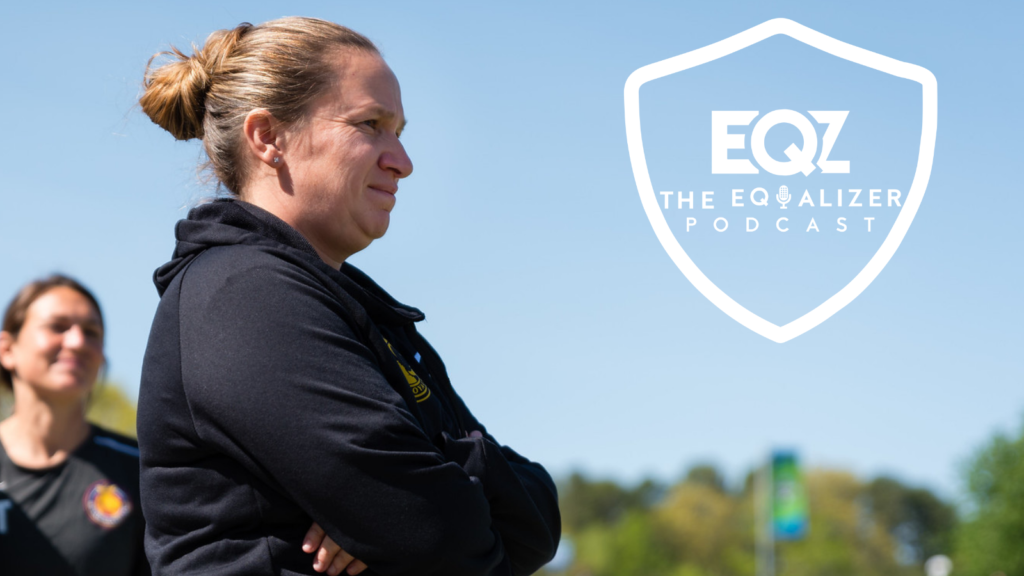 The Equalizer was lucky enough to be included in the United Soccer Coaches Convention’s first Podcast Row in Chicago, where we caught up with personalities from across the soccer world.

On this episode, Dan Lauletta and Chelsey Bush catch up with Utah Royals FC coach Laura Harvey to discuss the team’s inaugural National Women’s Soccer League season in 2018, and how the Royals will move forward in 2019. Harvey discusses the process of building the roster – including the long pursuit of Christen Press – as well as how Press and Amy Rodriguez can better work together. Harvey also discusses how the NWSL can improve, and which team she sees as the United States’ biggest challenger at this year’s World Cup. Select quotes from the chat are below.

On the lack of draft picks, and recent acquisitions

“In this league, if you want to be successful, you’ve got to look at the short-term versus the long-term gains, and I feel that the trade that we did provided us with some short-term gains, Christen [Press}] being probably the biggest priority within that. But I think with Sam Johnson and Mackenzy Doniak, I think we got long-term players out of that. I think they’ve got six or seven years left in their career, and I feel that their experience and their exposure in the league is a huge positive to us.”

“I made no secret out of it. I tried desperately to get Christen out of Houston. I am sure that they are looking at that thinking that they could have had the No. 1 pick and they would have, I’m sure, used that differently. We offered both our first-round picks to Houston multiple times to get Christen, but they really wanted to get someone for last season, so, obviously, Rory [Dames] got the benefit of that.”

On the state of the NWSL

Watkins: The perception of inactivity hurt the NWSL at the 2019 College Draft
Bush: Midfield disappoints in U.S. loss