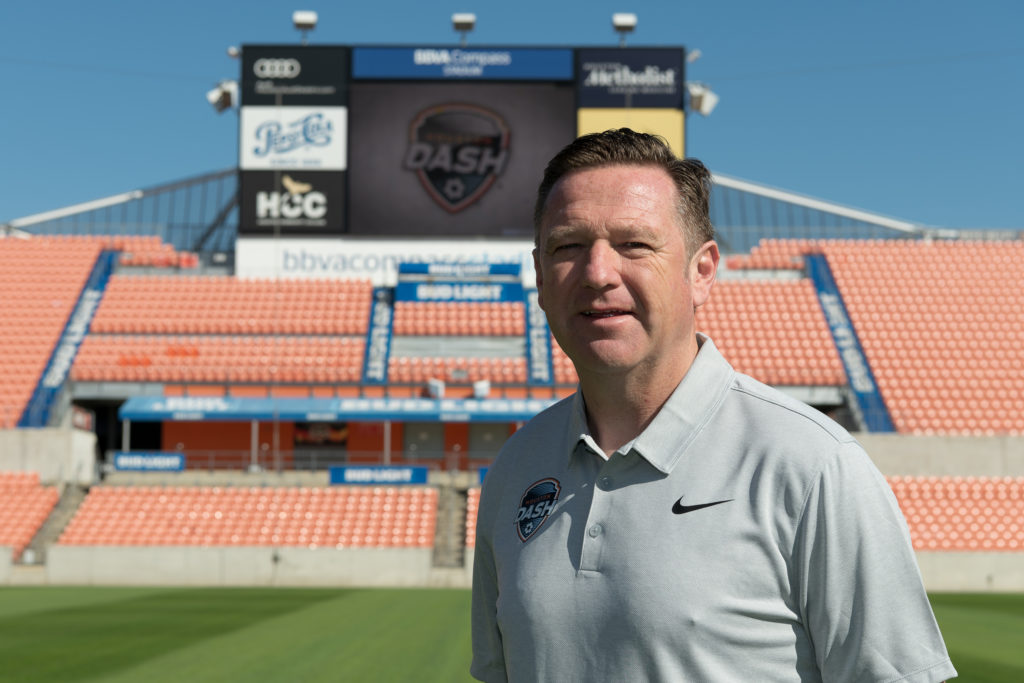 CHICAGO — James Clarkson took the head coaching job with the Houston Dash without much knowledge of the college game. He promptly put his head down and dove into the process of studying as many players as possible to prepare for Thursday’s NWSL Draft. The Dash entered the offseason holding four second-round picks and stood pat, ending the day with six freshly drafted players.

“My biggest fear was embarrassing myself…and the Dash,” he said while emphasizing that he has spent nearly all of his time since being hired studying college seniors. “We put plenty of time in it. Getting the coaching staff together before the turn of the year was really helpful because now we’ve got four people watching games rather than just myself.

“I’ve been pleasantly surprised how many coaches in the women’s game I do actually know. I’ve been able to tap into my network of friends and hopefully it paid off today.”

The Dash picks came up at the point in the draft when opinions among teams begin to split. To that end, Clarkson was happy to see several of them still on the board. Time will tell if that pleasant surprise turns out to be a blessing or a curse.

State of the NWSL: Amanda Duffy on salaries, rosters, Sky Blue, expansion and a commissioner update
The Equalizer Podcast, Episode 42: Analyzing the Draft