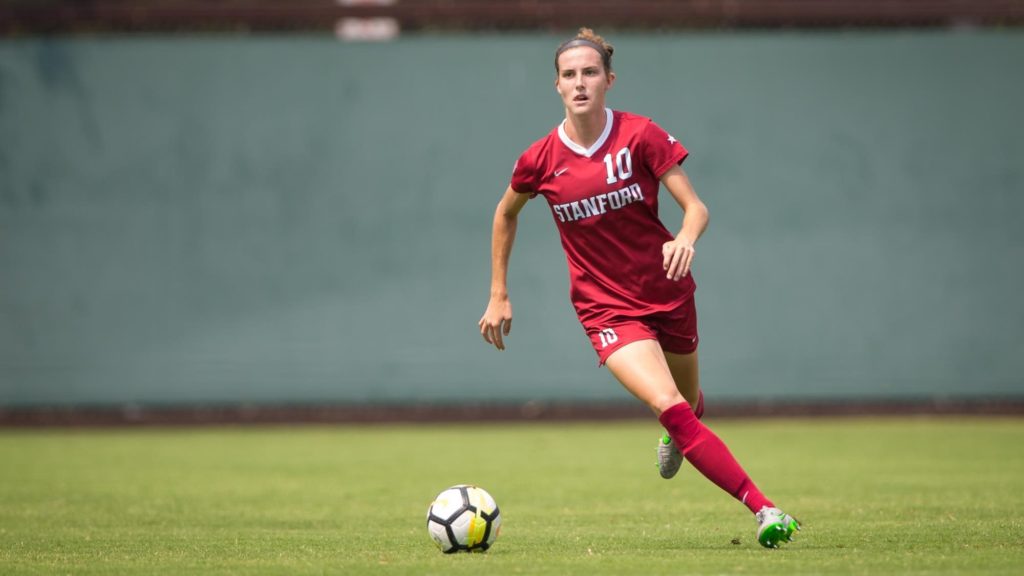 The central question which was to define the 2019 National Women’s Soccer League College Draft has been answered: Tierna Davidson is turning professional.

The defender will forego her senior season of eligibility at Stanford University to turn professional. She is considered the top talent in the draft and was a regular starter for the United States women’s national team throughout 2018 before fracturing her ankle in early September in a match with Stanford. The Chicago Red Stars hold the No. 1 pick in Thursday’s NWSL College Draft.

Red Stars head coach Rory Dames told The Equalizer in December that whether or not he would keep the pick or trade it would depend on which players declare for the draft. Dames reiterated that to The Equalizer this week.

U.S. head coach Jill Ellis was clear in remarks over the summer that Davidson’s lack of playing time — due to NCAA schedule restrictions — in the spring and summer was an issue, as the rest of her U.S. teammates played regularly in the NWSL. Ellis said at the time that there was a plan for Davidson heading into the 2019 World Cup, but did not elaborate.

The Equalizer understands that Davidson’s decision to declare for the draft is directly tied to her 2019 World Cup prospects. Davidson throughout 2018 looked like Ellis’ choice second starting center back, but finds herself in a tight competition with Abby Dahlkemper for that role.

The NWSL recently changed its draft eligibility rules to allow for players who are at least 18 years old to enter the draft even if they have not exhausted their college eligibility.

It is assumed that Davidson would be an allocated player.

Dames has remained coy about exactly what he will do with the top pick in the draft.

“It’s an interesting question because the better the player the easier to integrate,” he said earlier Wednesday. “If we’re going to talk about Tierna specifically, Tierna is obviously very familiar with Julie (Ertz), very familiar with Alyssa (Naeher)…so if Tierna’s the one you’re specifically asking me about, I think that integration comes pretty quick. Because she’s already played a significant time with a lot of those players, and assume that she comes out of college and into the draft she is going to spend a tremendous amount of time with those players over the next six months anyway.

“I’m going to use a comparison for no other reason than it’s the player people are speculating about with Hailie…Hailie is a player that you’ll have for the whole year. Hailie has different physical attributes and a different skill set than Tierna does. That’s the mixture. If you get her, you get her, and you have her for 12 months. If you get Tierna there is a good chance you don’t have her for half the season.”

The final list of players eligible for the draft can be found here.