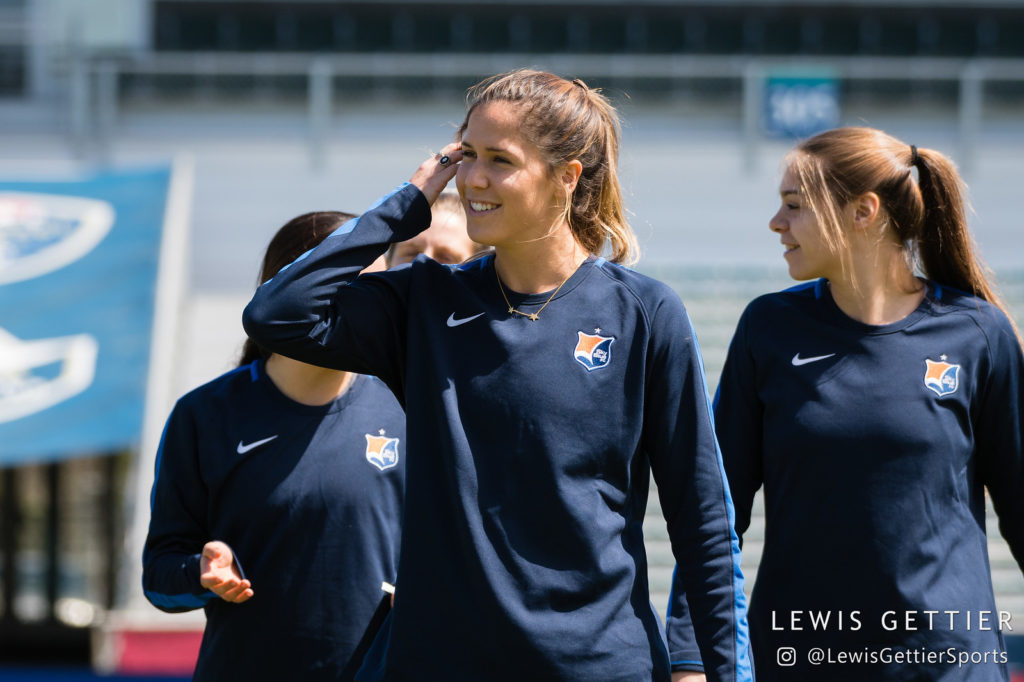 A day ahead of the 2019 National Women’s Soccer League College Draft, the Chicago Red Stars and Sky Blue FC have announced a trade that will bring forward Katie Johnson to Chicago. Sky Blue acquired Chicago’s No. 6 pick in this year’s draft and the Red Stars’ highest second-round pick in 2020. In a separate trade the Red Stars sent the No. 7 pick to the Washington Spirit in exchange for the No. 20 pick and the Spirit’s natural first-round pick in 2020.

Johnson scored four goals for Sky Blue last season and four in her rookie campaign with the Seattle Reign in 2017. The Mexican-American forward has represented Mexico on the international level since 2015.

“Katie adds another dimension to our attack,” Chicago head coach Rory Dames said. “Her ability to play anywhere across the front line will allow us to attack in a multitude of ways. I am very excited to bring someone with her skill set and international experience into our club.”

In the trade, Chicago picks up some much needed depth at forward, which could prove particularly helpful during this summer’s World Cup when Sam Kerr will likely miss a long stretch of games. Earlier this month, The Equalizer’s Dan Lauletta reported that Johnson was looking to leave the NWSL altogether to pursue her options in Europe.

“I am absolutely excited and thrilled to be joining this club,” Johnson said, suggesting she will indeed remain in NWSL. “They’ve always had a great reputation and have repeatedly been one of the top teams in the league. I can’t wait to arrive in Chicago and play with some of the best players because I think if you play with some of the best players it elevates your game too.”

Sky Blue should have plenty of strong options available to them with the No. 6 selection, but multiple reports over the past few days have also emerged about draft-eligible players wanting to avoid playing for the club.

Over the past few months, Janine Beckie, Rebekah Stott and Amanda Frisbie all left the club to pursue options abroad and Casey Murphy—Sky Blue’s second-round pick last year—decided to head to France instead of signing with the club. Sky Blue has also reportedly traded forward Shea Groom to Seattle.

With the trade, Chicago still holds the No. 1 pick in the first round. Sky Blue now controls three first-round selections with the Nos. 2, 3 and 6 picks and will also open the second round with Nos. 10 and 11. The Spirit now have Nos. 4, 7, and 8 in the opening round.