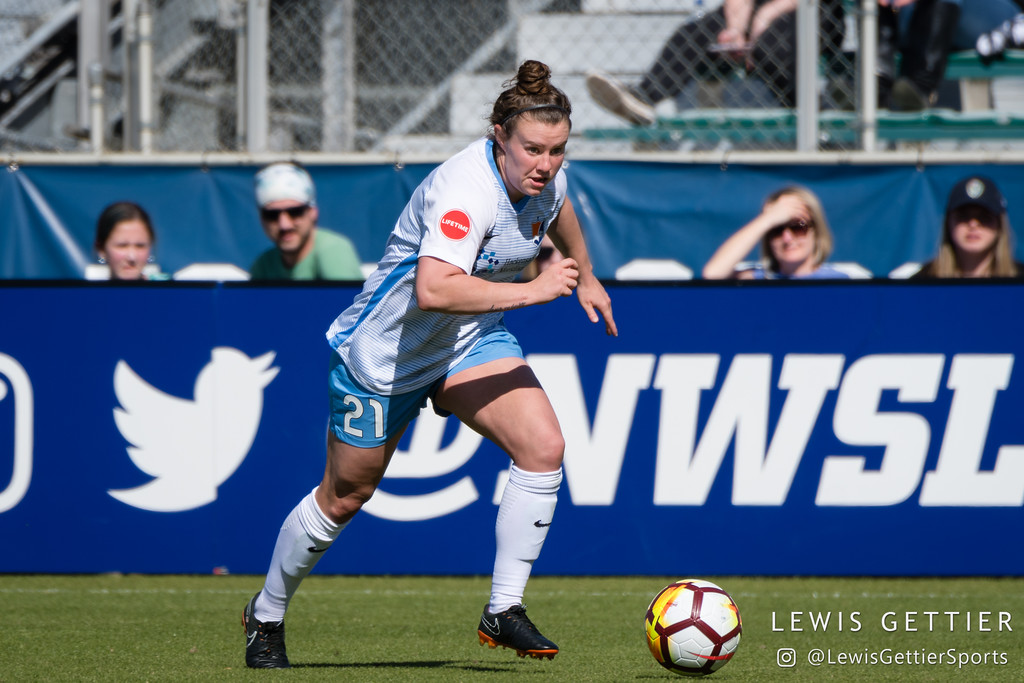 Last week was an abbreviated slate for the Westfield W-League with just three matches. Here’s what went down.

Savannah McCaskill (Sky Blue FC) scored a brace to power Sydney FC back into the playoff picture with a 3-1 home victory over the Newcastle Jets on Friday in front of a crowd of 2,997. She also had a header bounce off the crossbar and received marvelous service all game from Australian internationals Caitlin Foord (Portland Thorns) and Lisa De Vanna. McCaskill now has three goals on the season and with efforts like this, could boost her stock on U.S. head coach Jill Ellis’ radar for the long-term.

McCaskill was not included in the 27-player squad for the U.S. camp in Europe this month ahead of friendlies in France and Spain, though her Sydney FC club teammate Danielle Colaprico (Chicago Red Stars) was named to the side. Sydney FC has three games while the U.S. is in Europe and McCaskill will be crucial as they strive to make the semifinals, as they have done every year in their club history.

Twenty-one-year old Libby Copus-Brown scored her first ever W-League goal in the 82nd minute with arguably the goal of the year to pull her side within one of Sydney FC on Friday. Down 2-1 at that point, the Jets gave up a late goal in injury time to Savannah McCaskill (Sky Blue FC) and fell 3-1. On her goal, Copus-Brown ran onto a loose ball ten yards outside of the penalty box and shot it into the upper left hand of goal over Sydney goalkeeper Audrey Bledsoe (Washington Spirit). Copus-Brown put a ball in the side netting from a strong shot just five minutes before her goal. She is in her fifth season in the league, all with the Jets.

Save of the Week—Sham Khamis (Canberra United)

In the 6th minute, Perth Glory’s 16-year-old midfielder Leticia McKenna had two shots on goal — the second from well outside the penalty box — when Canberra and Australian youth international keeper Sham Khamis was under pressure and saved McKenna’s second shot with a fine diving save.

McKenna has been a revelation in her first season in the league, with two goals so far this campaign. Both Khamis and Eliza Campbell of Perth gave a clinic on fine goalkeeping in a tight match, won ultimately through Sam Kerr’s league-leading ninth goal of the season, in a 1-0 Glory win on Thursday in Perth. The single goal is an anomaly in this series, as the teams tied 4-4 in Round 2 this season in Canberra and last season in their sole match in Canberra. All time, the two teams averaged 4.6 goals per game before this match.

Colaprico was masterful in midfield for a Sydney side that looked very good in attack in their 3-1 over Newcastle, with Australian international forwards and substitutes Princess Ibini (one goal in 22 minutes) and De Vanna (one assist in three minutes plus injury time) continuing the fluid play of the first half, led by Foord, McCaskill and Chloe Logarzo up front, while Sofia Huerta (Houston Dash) also contributed from the back. Colaprico will be joining the U.S. women’s national team for two games in Europe later this month, to add to her two caps that came late last year in the side’s last trip to Europe in wins against Portugal and Scotland. 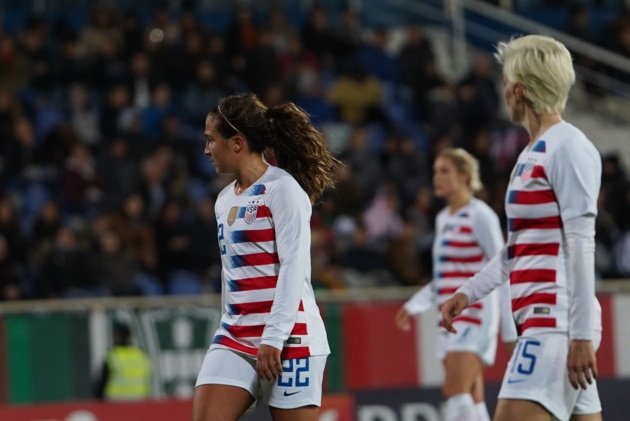 The Melbourne derby on Friday looked like the match would end scoreless, but Christine Nairn (Orlando Pride) took a corner kick late in the match and sent a high, curving ball directly into the far corner of Lydia Williams’ (Seattle Reign) net for a 1-0 Victory win over City.

Some reports in Australia have already written the tombstone epitaph on City’s chances of making the playoffs, particularly as they have played one more game than the two sides immediately above them in the table (Adelaide and Brisbane). However, after an important home match next week against the Roar, they finish with Newcastle at home and Sydney FC away, both of which are currently below Melbourne City in the table. It still is a little premature to write off the club that in its previous three seasons has captured three league titles and one Premiership (regular season) crown and still could sneak into third or fourth place.

The Brisbane Roar did not play this round but had some player news this week as midfielder Katrina Gorry and central defender Jenna McCormick are both out for the rest of the season. Gorry is out due to a high ankle sprain. She is expected to be sidelined for a few months, but should be ready for her national side for the Women’s World Cup this summer in France. Gorry played last season with the Utah Royals, but was released after the 2018 season. McCormick, who has partnered Australian international Clare Polkinghorne (Houston Dash) so well in central defense in her first season with the Roar, is off for preseason in the Australian Football League Women’s third season with the Adelaide Crows, in an arrangement that was agreed to by the two organizations before the season.

Looking at regular-season attendances thus far this season, the league average is at 1,940 per game and, with six teams fighting for four playoff berths and second through sixth place separated by only four points, the W-League could still break their record season average, established in 2017/18 at 2,139. The W-League average increased last season by 33 percent over the 2016/17 average of 1,427. The W-League has seen growth in the stands as a result of increased marketing, local television coverage and more A-League doubleheaders over the past few seasons — along with the continued success of the Matildas — which has helped to raise the general market awareness of the league. The average gates were in the 500-800 range for most of the league’s first decade.

Saturday, January 12: Newcastle Jets are at home to Perth Glory