Women’s soccer in Colombia is at risk of regressing 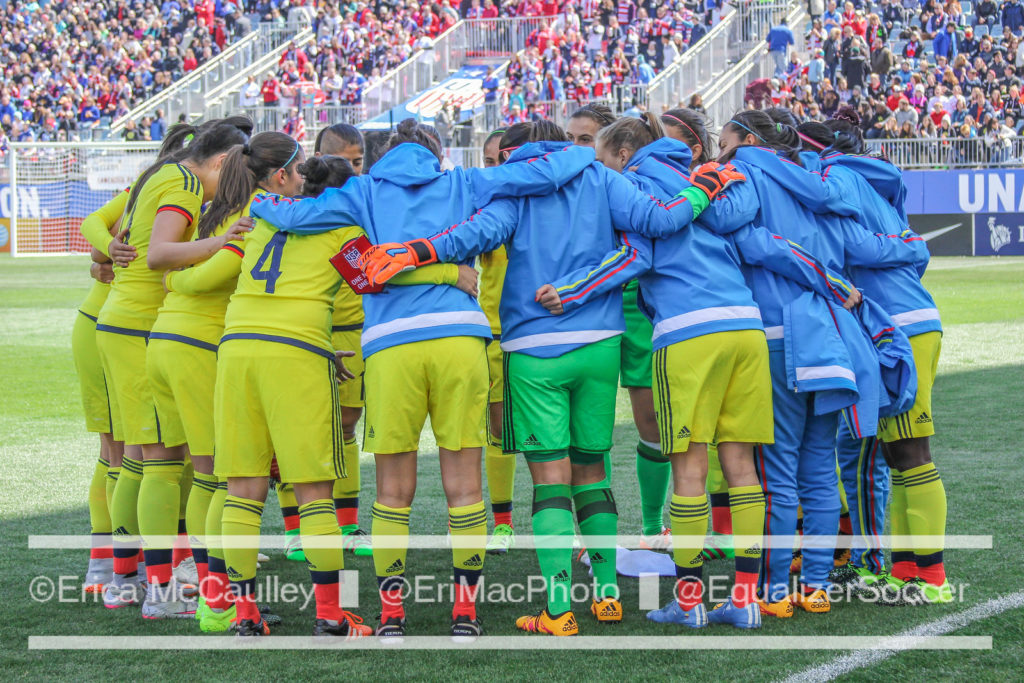 Colombia finished fourth at the 2018 Copa America Femenina, missing out on both the 2019 Women’s World Cup and the 2020 Olympics thanks to South America’s still-ridiculous double jeopardy qualifying setup.

Such a setup means that teams who miss those major tournaments are likely to go dormant for most of the next two years — particularly those countries which have not traditionally supported their women’s programs. Brazil, Chile and Argentina will participate at this summer’s World Cup, while just Brazil and Chile will take part in the 2020 Olympics.

Colombia’s uncertain future is particularly concerning, given the program’s ascent over the past decade. Las Cafeteras participated in the 2011 and 2015 World Cups as well as the 2012 and 2016 Olympic Games. They advanced to the round of 16 in 2015 following a historic upset of France in the group stage, and rallied for a 2-2 draw against the U.S. in group play in 2016.

Now, however, what looked like an encouraging story — one of a federation finally supporting its women’s program — appears to be unraveling.

The women’s national team last played in July as part of the Barranquilla women’s friendly tournament which Colombia hosted. There are no known matches scheduled for Colombia at the moment, and players have reached a tipping point in their frustrations with the federation’s lack of support of both the national team and the domestic league.

Colombia’s top flight, Liga Águila Femenina, was established in 2017 thanks to a joint effort between CONMEBOL (the confederation), DIMAYOR (which runs professional soccer in Colombia), and FIFA, which provided funding through its FIFA Forward program. DIMAYOR covers several of the logistical costs and obtains sponsorship. An initial three-year commitment to the league will end after the 2019 season, and confidence is waning among players that the league will continue to be supported.

“They’ve used the excuse of postponing the league due to assessment and analyzing the league structure, and to be in negotiation with the league’s sponsors,” former Colombia player Melissa Ortiz said, “which is all very B.S. because they’ve had since last year and they’ve had since the end of this year’s league, June, to do so. And they leave it, of course. They don’t care, so they are using that excuse to postpone the women’s league.”

READ MORE: Argentina is fighting for much more than a World Cup berth

Ortiz is now retired from international and professional football, a decision made in part by deteriorating conditions around the national team. Colombia players previously earned around $20 USD per day for viaticos — expenses; they no longer earn anything, according to multiple Colombian players. Ortiz was among a handful of Colombia players based in the United States when she was actively playing. She says they were told they needed to be in Colombia to be seen for the national team. Those players who accepted the condition, Ortiz said, paid for their own flights down to Colombia.

“It really used to not be like this,” Ortiz said. “Yes, it was growing and you saw that it was so behind of course, but things have changed so much with the new president.”

Ramon Jesurun Franco took over as president of the Colombian federation in 2015. Multiple players say that he has not shown interest in supporting the women’s program and that, while conditions were not spectacular under former president Luis H. Bedoya Giraldo (who became tied up in FIFA’s corruption case), at least attention was paid to the women’s program.

Colombia star Yoreli Rincon spoke out in December about the lack of support from her club, among wider inequities. Colombian club Atlético Huila won the Copa Libertadores Femenina in December in the shadows of the drama that surrounded the men’s final, which saw the second leg relocated to Spain amid fan violence between supporters of River Plate and Boca Juniors. Shortly after winning the title, Rincon posted to her social media accounts that the women’s players will never see the $55,000 earned for winning the competition (River Plate earned $6 million for winning the men’s competition, which will increase that figure to at least $20.4 million for the 2019 winner).

This is shameful. Atlético Huila win women's Copa Libertadores, then forced to sleep on airport floor on way home.pic.twitter.com/bRcxjfCYSj

Rincon has since announced her transfer to Esporte Clube Iranduba da Amazonia in Brazil.

Later in December, Gabriel Camargo, president of Deportes Tolima, was quoted as saying the women’s league is not a good business investment and he referred to the league as “lesbianism breeding ground.” Camargo’s remarks prompted Marta Lucia Ramirez, the vice president of Colombia, to ask for an investigation. Camargo was a senator from 1998 to 2002.

Exact details of Liga Águila Femenina’s 2019 structure remain unknown. The 2018 season ended on May 31 and, aside from Huila — which continued training for the Copa Libertadores — players have been mostly dormant. There is a belief among multiple players who spoke to The Equalizer that the 2019 season will feature a condensed schedule and number of teams, out of obligation of the initial commitment made. Whether or not a women’s league will exist after that is unclear.

One player who spoke to The Equalizer cited the poor league structure as a reason she and other players left, and added that the entire situation has made her reconsider soccer as her profession. “We deserve something better,” she said. Last season was only four months long, and while some of the top players make more respectable salaries, the minimum salary last year was the equivalent of around $250 USD per month, she said. “Colombia is cheap, but it’s hard to live on that,” she said.

Neglect of women’s national teams isn’t anything new. Less prestigious programs, from Argentina to Puerto Rico, are in the middle of similar battles for support. But Colombia’s regression would be a case of potentially erasing a decade of progress, proof of how tenuous support still is for women’s soccer. What will happen to other programs, like Mexico and Costa Rica, which made strides recently but failed to qualify for the 2019 World Cup?