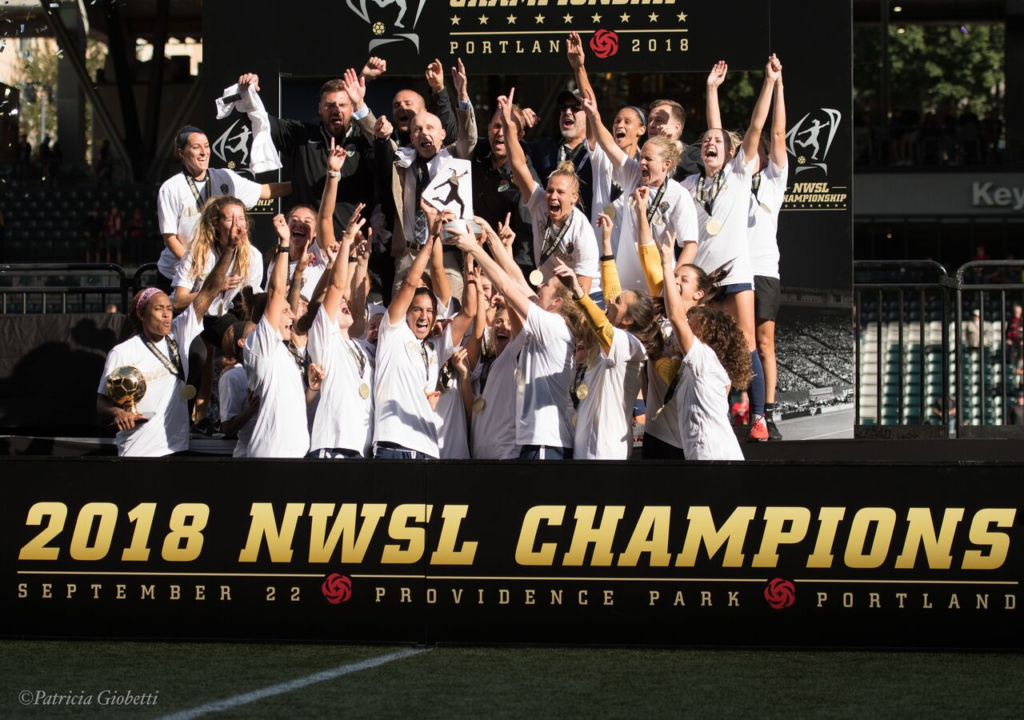 It’s difficult to describe the 2018 campaign of the North Carolina Courage without delving into hyperbole, but all manner of praise is justified for the most dominant season in the history in the National Women’s Soccer League.

Whether it was winning the NWSL Shield with five weeks to go, rolling into their third NWSL title game in the last three seasons or winning the inaugural International Champions Cup, North Carolina dominated all comers over the past calendar year.

En route to the NWSL Shield, the Courage ran roughshod over the rest of the National Women’s Soccer League, losing only one regular season contest in 24.

In the playoffs, North Carolina continued to roll over opponents, as the team was forced to go on the road despite earning the right to host when the league moved their semifinal match against Chicago in the wake of Hurricane Florence. Nevertheless, the Courage won that match against the Red Stars 2-0, and then beat the Portland Thorns 3-0 in front of 21,144 rowdy and hostile fans at Providence Park four days later to take home the NWSL Championship.

Somewhere in between, the squad also managed to beat Olympique Lyon and Paris Saint-Germain on their way to the ICC title, all while missing many of their biggest stars who were on national team duty due to the Tournament of Nations.

In a way, the Courage’s 2018 campaign began in Orlando in October 2017. In a contest that proved more physical than beautiful, Portland beat North Carolina in last year’s final. Only moments after the final whistle, a steely-eyed Sam Mewis told Julie Foudy, “Next year I think we’re going to be back with a vengeance. It starts now. I’m ready to get prepared for next season already. I’m already hungry for it.”

In January, the team began to reshape its roster, trading away Taylor Smith and Ashley Hatch for the rights to Crystal Dunn and then acquired Merritt Mathias in a trade with Seattle. The Courage began the season 9-0-3 and, after a 1-0 loss to the Utah Royals in June, finished the season 8-0-3. That final stretch included a 12-day period in which North Carolina beat their three closest competitors by a combined score of 11-2.

Even a late-season injury to midfield destroyer McCall Zerboni couldn’t slow down the Courage’s momentum. And, along the way, no one could seem to solve head coach Paul Riley’s box midfield, which suffocated opponents in pressure and help produce goals in bunches. Four Courage players finished in the NWSL’s top 10 in goals and another five in the top 10 in assists.

After such a commanding performance, it’s hard to see how they’re not favorites once again in 2019.