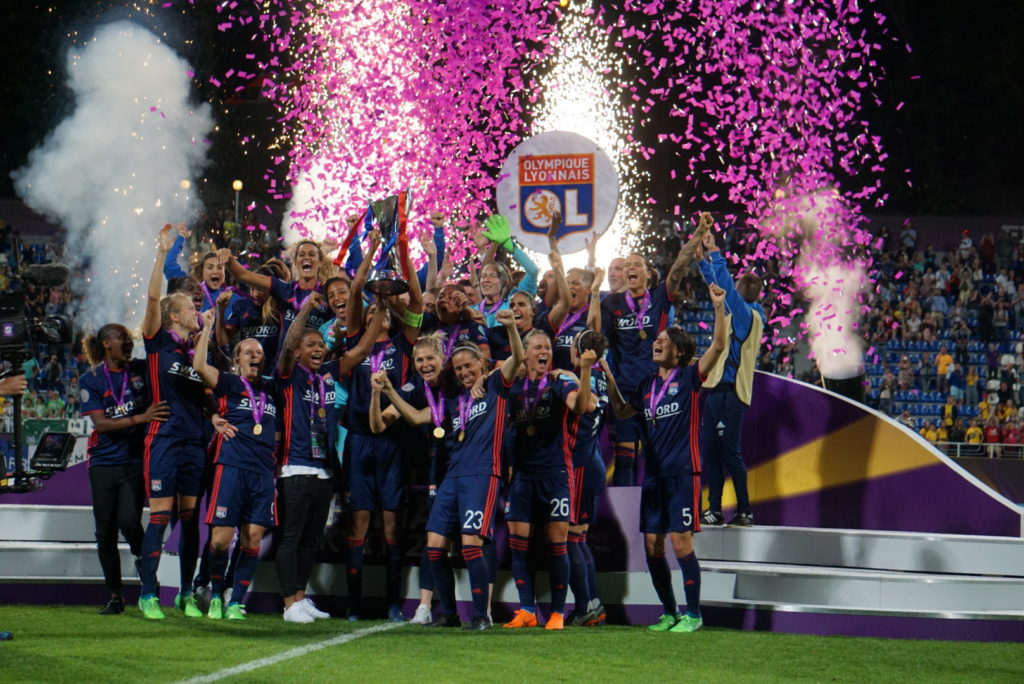 Ask anyone that watched the UEFA Women’s Champions League final in 2018 to name their most memorable moment of regulation time, and you’ll struggle for an answer.

The first 90 minutes of the match between Lyon and Wolfsburg in Kiev, Ukraine, were anything but a classic; you could even say it bordered on dull.

Two evenly matched teams, canceling each other out, with very few chances created for either side. This resulted in the match being scoreless at full-time, and meant those in attendance would have to endure another 30 minutes. Based on the first 90, this didn’t seem overly appealing.

But what they didn’t realize, was they were about to watch one of the most entertaining, chaotic and eventful periods of extra time arguably ever witnessed in a football match – male or female.

The game sprung into life when Pernille Harder, who was this year named UEFA’s Best Women’s Player of 2018, gave the Germans the lead three minutes into extra time following a solo run and effort that deflected past Lyon keeper, Sarah Bouhaddi. Having lost to Lyon two years prior in the final on penalty kicks, the Germans were now less than half-hour from avenging that defeat.

Then, two key decisions in a matter of minutes would change the game, with Lyon responding to going behind by throwing on Dutch wing wizard Shanice van de Sanden in place of the more defensive Saki Kumagai. Just minutes after her introduction, Wolfsburg were reduced to 10 players when a reckless lunge from Alexandra Popp on Delphine Cascarino, saw the German international sent off. Defending a lead against Lyon with 11 players is hard enough; with 10…well Wolfsburg were about to find out that it is near impossible.

READ MORE: Check out all the XI Moments 2018

Popp’s red card turned the game on its head as Amandine Henry, Eugénie Le Sommer and recent Ballon d’Or winner Ada Hegerberg all scored within five minutes of each other to give Lyon a 3-1 lead before halftime of extra time. Van de Sanden had assisted two of the goals and her pace and direct play had completely overwhelmed a tiring Wolfsburg backline.

The Dutch winger wasn’t finished, as she went on to grab a third assist in setting up the retiring Camille Abily – playing in her last match as a professional – to round off a scintillating extra-time performance from Lyon as they claimed their third Champions League title in a row, and their fifth in total, by winning the match 4-1.

On tasting victory in her final ever match, Abily said: “It was just amazing, I couldn’t have hoped for a better end.

“This is the last one, so it is a nice moment and I am happy to share this with my teammates, but they are more than this, some are my friends and next year I know I will cheer for them for sure.”