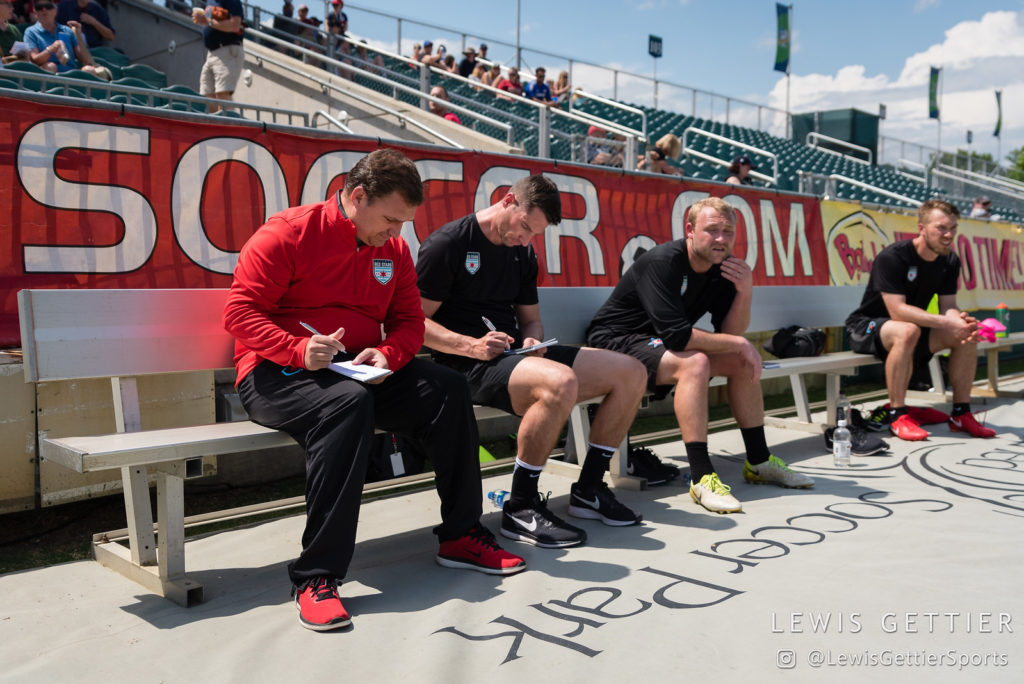 Over their six years in the National Women’s Soccer League, the Chicago Red Stars have become known for memorable moves on draft day. In 2014, they nabbed Julie Ertz and Vanessa DiBernardo and, in 2015, picked up Arin Gilliland, Danielle Colaprico and Sofia Huerta. Last January, in Philadelphia, they took part in the biggest moment of the day, a trade which brought superstar Sam Kerr to the Windy City.

The Red Stars are once again the team to watch this year as they head into the 2019 NWSL College Draft with the No. 1 pick overall, as well as the No. 6 and No. 7 selections in the first round.

But even with the draft being only two weeks away, Chicago head coach Rory Dames hasn’t been able to plan too far ahead because of the way the draft is structured. Although underclassmen can now declare themselves eligible for selection, the league allows players to register until 4 p.m. ET the day before. Many of the top prospects were not on the preliminary list of players the league released last week.

“It’s been easier in the past because you knew who the seniors were,” Dames told The Equalizer. “So, you dove in.

“Now, they’ve opened it up, so who knows who’s going to play. The fact that they let you enter until the night before the draft makes no sense to me. Even if you go in with a great idea and plan and strategy as to how you want to do it, if three kids enter after you go to sleep, the whole thing can change when you wake up the next morning.”

Access the best women’s soccer coverage all year long
Start your FREE, 7-day trial of The Equalizer Extra for industry-leading reporting and insight on the USWNT, NWSL and beyond.
Subscribe
Existing Users Sign In Here
Related Topics2019 NWSL DraftExtraFeaturedRory Dames

Neither Pride nor Spirit did coaches they have
XI Moments of 2018: Mega trade(s) rock the foundation of four clubs