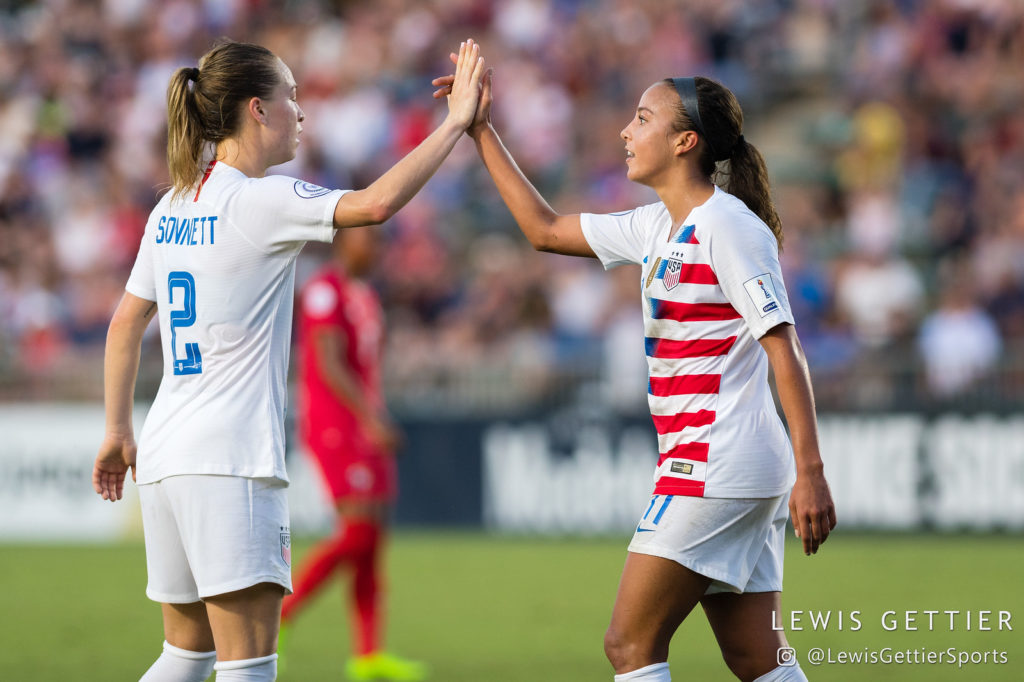 The U.S. women’s national team will play 10 matches in 2019 ahead of the Women’s World Cup, with at least six of them coming against the world’s top 12 teams. U.S. Soccer on Thursday announced the schedule of 2019 pre-World Cup games, which will see the U.S. kick off its year away to France and Spain before playing the final eight warm-up matches on home soil. England will return to the SheBelieves Cup, while Brazil and Japan replace Germany and France in the competition.

The complete schedule for early 2019 is as follows:

The opponent for the May 16 match in St. Louis will be finalized shortly after the U.S. learns its opponents in the World Cup Draw, which takes place on Saturday in Paris. The Equalizer‘s Dan Lauletta has learned that opponent is very likely to be New Zealand, who are now coached by former U.S. manager Tom Sermanni.

U.S. players will leave their National Women’s Soccer League teams in early May for the send-off series and play twice in four days before taking a short break and reconvening for their final send-off game against Mexico. The break in between is scheduled to be exactly that — time off. After leaving their NWSL teams for U.S. training camp in early May, players won’t return to the league until after the U.S.’ World Cup campaign ends. The NWSL will take a break from play from June 3-14; the World Cup kicks off June 7 and ends July 7.

Spain and Belgium will be first-time opponents for the U.S. — the 53rd and 54th, respectively, in U.S. program history. Spain is ranked No. 12 in the world and racked up a perfect record in European qualifying. La Roja’s youth programs have thrived of late: the U-20s made the World Cup final in 2018 and the U-17s won the World Cup. Belgium missed out on qualifying for next year’s tournament, finishing second in their qualifying group and falling to Switzerland on away goals in the playoff.

January will mark just the fourth time the U.S. has played Les Bleues in France. The Americans fell to France, 2-0, in Lorient to open their 2015 schedule. This is the third straight World Cup cycle in which the U.S. women will play their final tune-up match at Red Bull Arena. They beat Mexico, 1-0 in 2011 and drew South Korea, 0-0 in 2015.

It’s time to see more of Casey Short for the USWNT
Will a contender-heavy warm-up schedule help USWNT or their foes?