Dahlkemper or Davidson? An open competition remains for USWNT’s second center back role 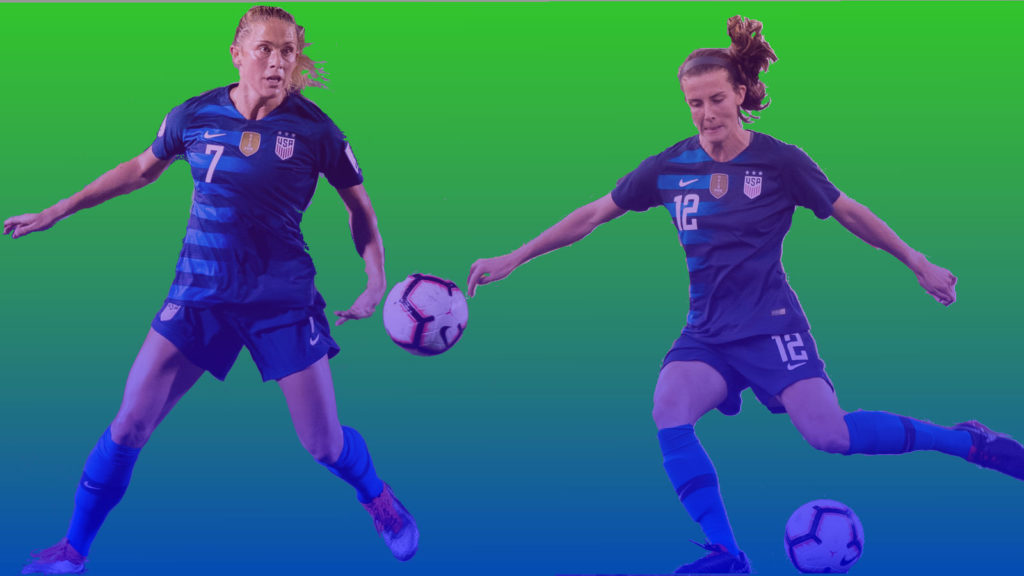 When the United States women’s national team travels to France next summer, it’s nearly certain that the Americans’ back line will be led by long-time veteran Becky Sauerbrunn. Who partners Sauerbrunn in the center of the defense, however, is yet to be decided.

The two leading candidates — Abby Dahlkemper and Tierna Davidson — are each relative newbies by the standards of the U.S., where standout veterans frequently accumulate caps numbering well over 100.

The 20-year-old Davidson only made her debut this past January, and then went on to earn appearances in 12 of the team’s first 13 games of 2018 before fracturing her ankle while playing for Stanford this fall. Dahlkemper played in 17 of 20 matches this year for the U.S., finishing third on the team in total minutes and taking her career cap total to 30.

By a far margin, Dahlkemper is the more seasoned of the two, playing four seasons in the National Women’s Soccer League and helping lead the North Carolina Courage to 2018 league title, her third straight appearance in the final. The experience of playing in those high-stakes matches, in and of itself, is a major advantage heading into the pressure-packed environment that will be the 2019 World Cup.

Access the best women’s soccer coverage all year long
Start your FREE, 7-day trial of The Equalizer Extra for industry-leading reporting and insight on the USWNT, NWSL and beyond.
Subscribe
Existing Users Sign In Here
Related TopicsAbby DahlkemperExtraFeaturedTierna Davidson

Florida State’s NCAA triumph and the importance of timing
USWNT XI: A look at Jill Ellis’ depth chart, position by position, as the World Cup nears