Florida State’s NCAA triumph and the importance of timing 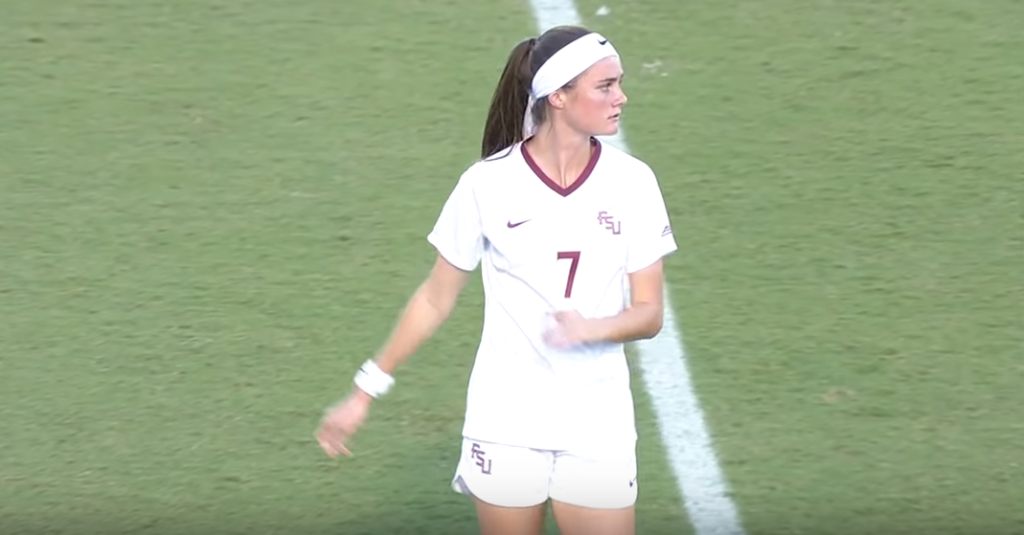 CARY, N.C. — In the 60th minute of Sunday’s College Cup final, Deyna Castellanos sent in a cross from the right side that Dallas Dorosy redirected just enough to guide the ball into the net. That perfectly timed play, lasting just a handful of seconds, was the difference in the 5,400 seconds that elapsed from the opening kickoff until the final whistle of Florida State’s 1-0 win over North Carolina.

Sometimes in life — and in soccer — timing is everything. And timing was a major theme of the weekend at the College Cup, from backup goalkeepers stepping up in big moments, to seniors willing their teams to survive another day.

Even the nickname of the game’s hero was a nod to as much. In the last month of the season, and the last month of her college career, Dorosy, a reserve player, scored five of her seven goals on the season resulting in her coach dubbing her, “Miss November.” That name would need to be amended after the final.

“I did rename her Miss December now. I asked her and she was good with it,” Florida State head coach Mark Krikorian quipped after his team lifted its second NCAA women’s soccer trophy in program history.

And while spectators see that singular moment of brilliance between Castellanos and Dorosy, they don’t always appreciate what went into creating that moment. They don’t see all the hours spent practicing and all the time spent building a rapport between the two.

“Dallas has a had a fantastic career, maybe a little bit unappreciated,” Krikorian said. “A kid from South Florida who had some room to grow where she was going to be able to influence the games. For a coach who works with a player day after day after day, it’s nice to see them rewarded on the big stage for the hard work they’ve put in.”

The Seminoles this year dealt with a season of international call-ups and injuries. Team chemistry and cohesion is delicate and at times difficult to create. Yet despite these challenges, Florida State endured and grew together to play their best soccer when they needed to — in the NCAA tournament. They defeated the past three national champions (Stanford, USC and Penn State) en route to the final, and held two of the nation’s top teams (UNC and Stanford) to just three shots on target, combined, in the College Cup.

Three years ago, when the now seniors were freshmen, the Seminoles entered the final weekend as heavy favorites to make it to the championship game and perhaps become only the second team to win back-to-back titles. In a match that mirrored the one Florida State won on Friday night against Stanford, Duke upended the Seminoles’ title hopes in a somewhat surprising 2-0 game.

After that loss, the Seminoles found themselves bowing out of the NCAA tournament before the College Cup the next two seasons. Those early exits were an aberration, however: Florida State has made the final weekend 10 out of the last 15 seasons.

“Freshman year, it was the biggest loss for us,” senior defender Natalia Kuikka said. “That kind of gave us the drive that we knew we could be there again and then having two harder seasons after that and playing my last year and last game. I just wanted to win this so bad. It just means a lot.”

Perhaps in a couple years, North Carolina redshirt sophomore Taylor Otto, who was nearly played into a one-v-one versus Seminoles’ goalkeeper Caroline Jeffers on Sunday, will say something similar. On Sunday, the timing was a bit off for her and the Tar Heels, whose haven’t won the national title since 2012 — the program’s longest drought. Perhaps Otto will get another moment..

That kind of moment doesn’t always come, but when it does, it’s worth remembering all of those that led to it.

How the 2019 World Cup Draw might — but probably won’t — turn out
Dahlkemper or Davidson? An open competition remains for USWNT’s second center back role