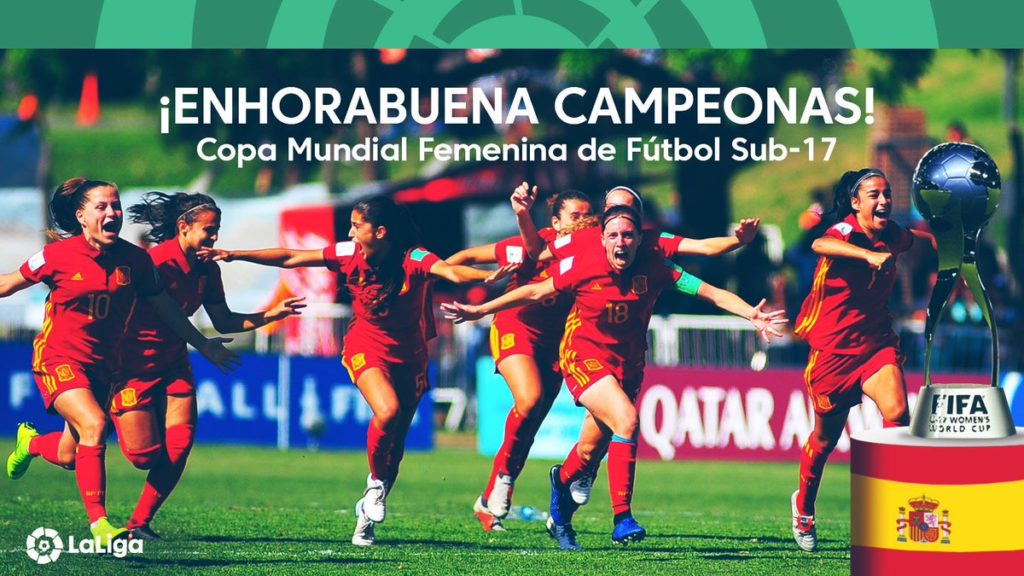 Spain defeated Mexico 2-1 on Saturday in Montevideo to win the U-17 World Cup. Claudia Pina was the start of the show again scoring both goals for Spain and finishing the tournament on seven goals. No other player connected for more than three. Pina’s goals in the 16th and 26th minutes sent Spain off to a 2-0 lead. Denise Castro cut the lead to 2-1 in the 29th minute but there was no more scoring to be found.

A photo that sums up the spirit of this entire tournament. https://t.co/ZxcV1zJjjM

Earlier in the day, New Zealand edged Canada 2-1. Grace Wisnewski scored the opener before a minute was up and added another on 13 minutes to finish as one of four players with three goals. Lara Kazandjian put Canada on the board in the 64th minute.