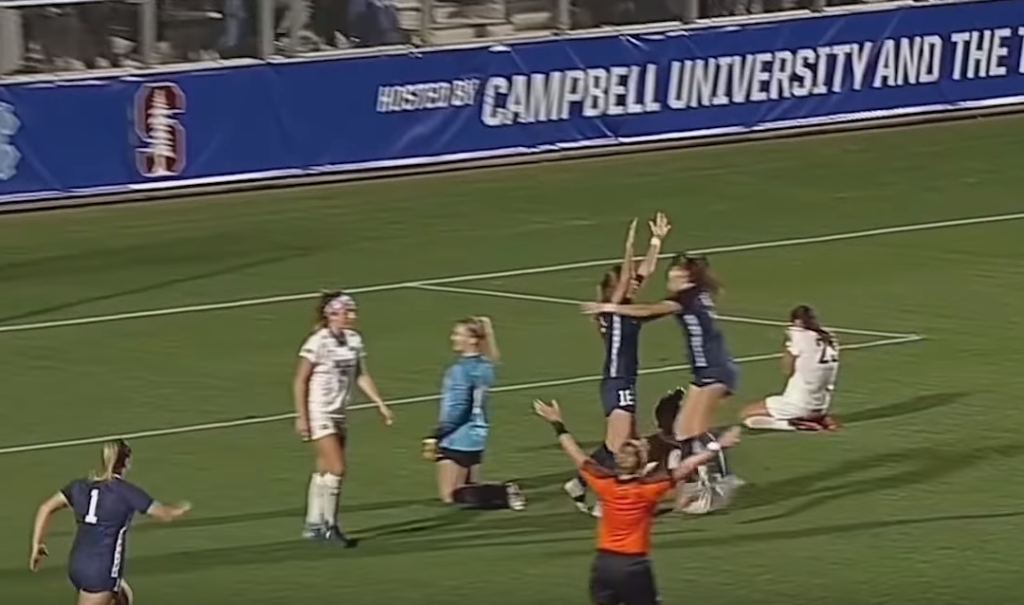 North Carolina defeated Georgetown in Friday’s first semifinal in the second extra-time period. Julia Ashley finished off a beautiful end-to-end counterattack to score the golden goal for the Tar Heels, who are essentially the home team at the predetermined tournament site.

FSU put on a masterclass performance from start to finish against Stanford. Gabby Carle put the Seminoles ahead in the 29th minute on a brilliant effort, slashing inside with the ball before firing a left-footed shot across her body and into the lower corner.

Malia Berkely then doubled FSU’s lead three minutes before halftime when her shot went through the hands of Stanford goalkeeper Alison Jahansouz.

North Carolina has won 21 of the 36 all-time NCAA Division I women’s soccer championships, the most in history. The Tar Heels are returning to the championship match for the first time since 2012, when they beat Penn State, 4-1. The five seasons since without a championship represents their longest drought ever.

North Carolina defeated Florida State, 1-0, in Tallahassee on Sept. 14, but the Seminoles won the rematch on Nov. 4 in Cary, in the ACC title game.

Cameroon qualifies for second straight Women’s World Cup
Afghanistan captain: ‘If I have to sacrifice my dreams for future generations, it’s okay with me’