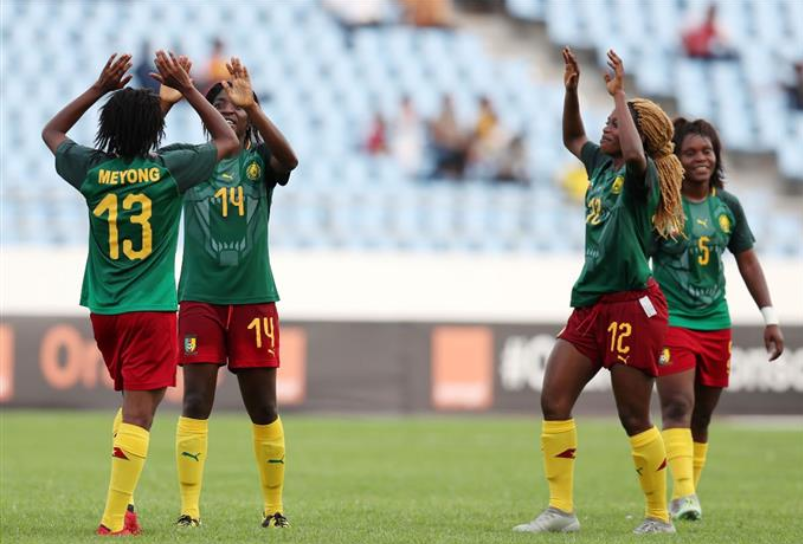 Cameroon qualified for its second straight Women’s World Cup on Friday with a 4-2 victory over Mail in African qualifying’s third-place match. The victory clinched Cameroon a berth at the 2019 Women’s World Cup in France. Cameroon debuted in the competition in 2015 in Canada.

The Indomitable Lionesses were the third and final team to qualify from Africa after Nigeria and South Africa, who will play for the Africa Cup of Nations title on Saturday. Cameroon is the 23rd of 24 teams to qualify for next year’s World Cup. Either New Zealand or Fiji will clinch the final spot on Saturday in Oceania qualifying’s championship match.

Ninon Abena scored twice for Cameroon on Friday, and Gabrielle Onguene and captain Christine Manie also scored. Manie sealed the win in the back-and-forth match seconds before the final whistle.

Mali was aiming for its first-ever trip to the Women’s World Cup after making the semifinals of the Cup of Nations for the first time. Fatoumata Diarra’s goal just before halftime cut Cameroon’s lead in half, and an own goal 12 minutes into the second half brought the teams level at 2-2.

Onguene’s goal in the 62nd minute restored the lead for Cameroon, who held on after a few nervy moments.

The World Cup Draw will take place Dec. 8 in Paris.

STATS | Check out the full-time stats! Which team had the better overall performance? #TotalAWCON18 #CMRMLI pic.twitter.com/XTZqWvfFl2