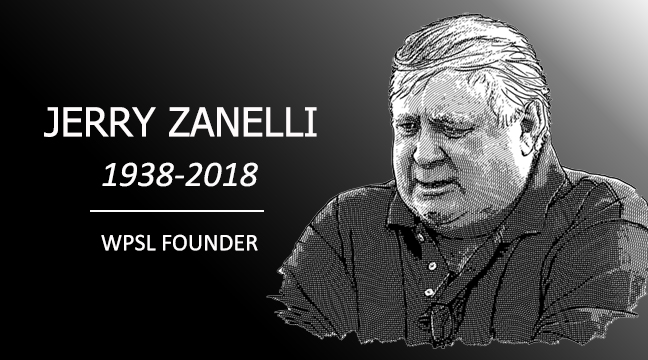 Jerry Zanelli, a pioneer in women’s soccer and founder of the Women’s Premier Soccer League, died on Wednesday night at the age of 80.

Zanelli spent nearly 50 years working in women’s soccer and founded the lower-division WPSL in 1998. He founded and coached the Sacramento-based California Storm, coaching the likes of Brandi Chastain, Julie Foudy and Alex Morgan through the years.

Zanelli grew the WPSL’s footprint rapidly; 106 teams competed in the 2018 season for the Jerry Zanelli Cup, the championship trophy named in his honor before the start of the league’s 21st season.

“I want to say thank you to Jerry for all he has done to make women’s soccer a viable option for girls and young women who are determined to continue their careers once done with college,” Chastain said in a statement. “Jerry has been a beacon of light in a dark place for so long, not for personal gain, but to give the opportunity and share the great game.

“I couldn’t be any more grateful, and U.S. Soccer and fans around the world should praise his name as he helped give many national team players a field and team to play on when options were extremely limited.”

Zanelli was inducted in to the United States Adult Soccer Association Hall of Fame in 2009. He also founded the Men’s Premier Soccer League in 2003, which is the present-day National Premier Soccer League (NPSL). The NPSL had 98 clubs competing across the United States during its 2018 season. He spent most of his life outside of soccer in politics.

“Jerry has been the leader of women’s soccer in the United States,” said John Motta, president of the United States Adult Soccer Association, in a statement. “He worked tirelessly to see that the women in this country had a viable competitive league to continue to play the sport they love.

“His vision and his understanding of what it took to keep a women’s competitive league going was beyond anyone’s comprehension. There are many females in this country that owe Jerry many thanks for what he has done.”