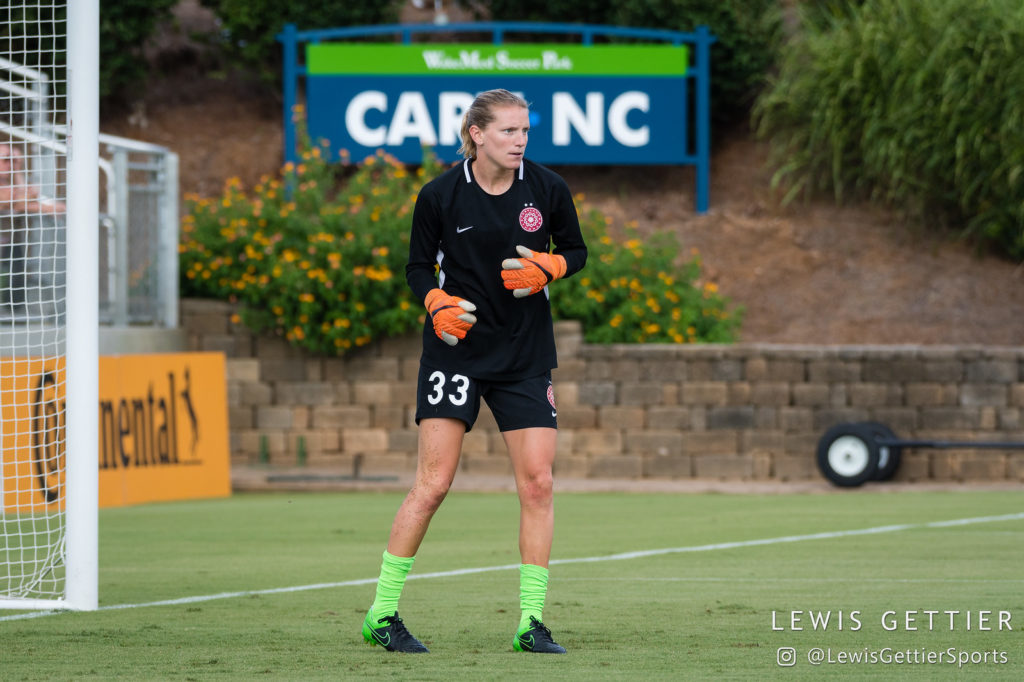 We look at the highlights from the Westfield W-League in Australia for Week 3 and Yuki Nagasato, the Chicago Red Stars loanee and 2011 Women’s World Cup winner with Japan, talks about her role on the field as she made her Westfield W-League debut this past weekend with the Brisbane Roar.

Gielnek scored the clinching goal in the 65th minute in Melbourne Victory’s 2-0 derby win over Melbourne City on November 16th, their third win in seven league matches all-time against the three-time reigning W-League champions. Gielnek also scored the final goal earlier in the week in the Matildas’ 5-0 win over Chile in an international friendly, after Australia surprisingly lost their first game 3-2 against the South Americans, who have qualified for their first Women’s World Cup next summer in France. Gielnek (the former club player in Canada, England Japan and Norway) and English international Natasha Dowie (ex-Boston Breakers) spearheaded the Victory attack and the original Melbourne W-League side remains undefeated this season, while City has lost two of their three games, both by shutouts.

Rachel Hill (Orlando Pride) scored two goals and added one assist in Perth Glory’s 3-0 home win over the Western Sydney Wanderers on November 17th, but it was her team’s third goal in the 58th minute from the top of the box with a high chip that fell in off the crossbar that was top class. Hill is tied with Alyssa Mautz (Chicago Red Stars) for the team lead in scoring, with each having scored twice this season.

The dynamic duo, the winning combo, the perfect pair ?

Newcastle Jets won their first match of the 2018 season against Canberra United at home on November 17th from Courtnee Vine’s first half injury time marvelous dipping, swerving ball off of the outside of her right foot from near the top right edge of the penalty box, but Eckerstrom (Portland Thorns) was called upon to preserve her side the three points, none more important than a save from a 30 yard plus effort by Paige Nielsen with 13 minutes left. Nielsen played at UNC and a few matches for the Seattle Reign in 2016 before playing in Cyprus, South Korea and now Australia. Vine (20) and an Australian U-20 international, has scored both of the Jets goals this year.

Veronica Latsko stole the thunder from Yuki Nagasato’s W-League debut, scoring the winner in the 51st minute of a 1-0 Adelaide road win against the Brisbane Roar on November 18th. Latsko, a rookie midfielder for the Houston Dash last season who had 4 goals and 2 assists in 21 matches after playing for the University of Virginia, scored the first goal of the season for the undefeated Reds. Australian international Michelle Heyman (who moved from Canberra for this season) was the key threat for Adelaide in attack with 5 of her team’s 9 shots (2 of the Red’s 3 shots on target) while NWSL loanees Nagasato (Chicago Red Stars), Chioma Ubogagu (Orlando Pride), Carson Pickett (Orlando Pride) and Celeste Boureille (Portland Thorns) threatened often for the Roar, who had 20 shots (5 on target) in total.

Nagasato came to Brisbane last week ahead of her W-League debut against Adelaide United. She spoke to the media about her integration into the team. She was happy to come to play in the W-League because: “The league is so competitive, so many international players come here and I hope I can push a higher level for me here.” When asked whether she saw herself as a midfielder or striker, she said: “I am an artist, not a striker or midfielder. I create some ideas on the field and try to decide the best choice, to score or break the line or change the situation. I try to do that for 90 minutes—that is my job.”

Note: Maruschka Waldus has returned to the Western Sydney Wanderers, signing this week for her second season in Australia. The defender played collegiately at Alabama and one game with Sky Blue FC in 2015 before playing in Sweden, Germany, at home, in Iceland and in Norway last summer with Avaldsnes.

The Italian Job: Alex Morgan’s most important goal rescued the USWNT from infamy in 2010
Expanded eligibility rules might make the NWSL College Draft more relevant than ever