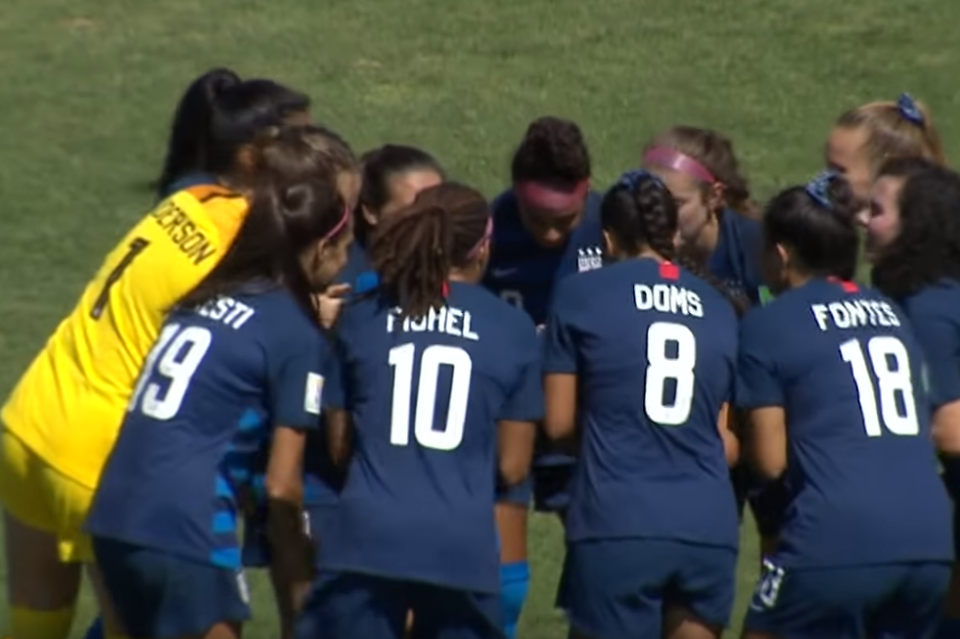 The U-17 US squad has gone out at the group stage of the U-17 Women’s World Cup – again. The team made it to the final in the inaugural edition of the tournament back in 2008 (a squad that included Crystal Dunn, Morgan Brian, and the Mewis sisters) before falling to youth powerhouse North Korea, but has failed to make it out of the group stage ever since, not even qualifying in 2010 and 2014.

This performance echoes that of the U-20 team earlier this year, which also exited its World Cup in the group stage. The three-time champions haven’t won since 2012, finishing progressively worse in every iteration since.

The 2016 Olympics notwithstanding, the youth struggles have not as of yet made their way to the senior side, which bounced back from a rough 2017 to form what is probably the most technically-minded US senior team ever. That’s admittedly a low bar, as American soccer has never been particularly technical, but it’s still an achievement, and the team remains a favorite for next year’s World Cup.

However, what really struck me about this year’s U-17 team was not so much that they struggled but that they were so easily outplayed and outcoached. The difference between them and sides like Germany, Japan, and Spain was at times like watching two different age groups. That’s what’s concerning for the senior side: what is coming up our pipeline versus what is coming up for other countries. It’s not great, Bob.

Access the best women’s soccer coverage all year long
Start your FREE, 7-day trial of The Equalizer Extra for industry-leading reporting and insight on the USWNT, NWSL and beyond.
Subscribe
Existing Users Sign In Here
Related Topics2018 U-17 World CupFeaturedU-17 WNT

Expanded eligibility rules might make the NWSL College Draft more relevant than ever
The Equalizer Podcast, Episode 37: Developing the Youth