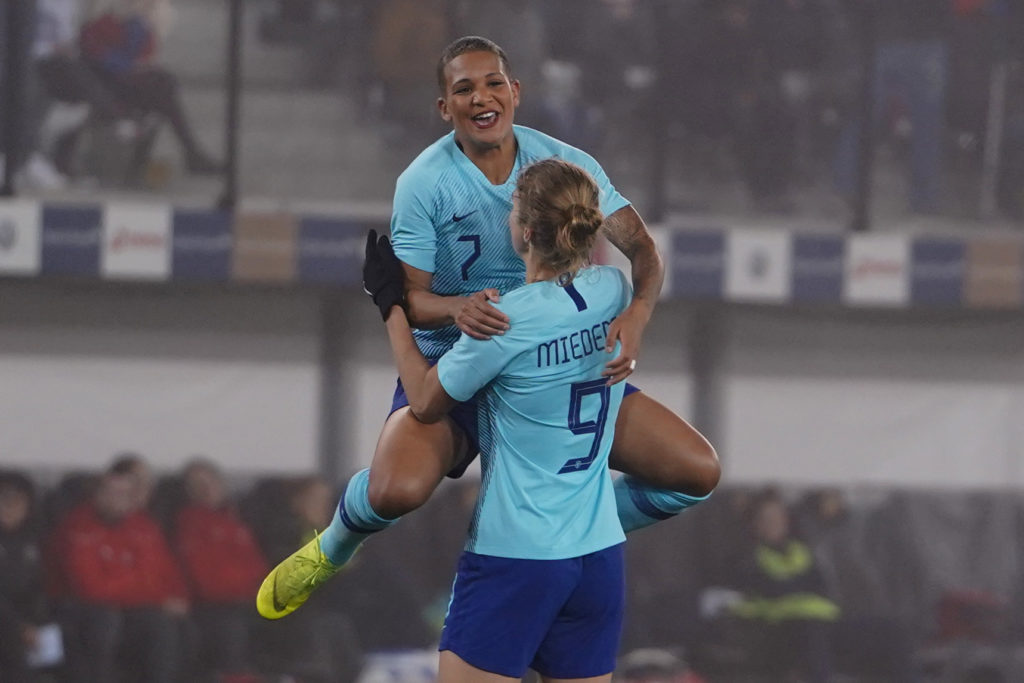 It wasn’t an easy route to France for the Netherlands, but it never is for the Oranje Leeuwinnen. The Dutch national team is well versed in tournament playoffs by now having missed out on a spot at the inaugural World Cup in China in 1991 in an extra-time loss to Denmark.. Their first European Championship was reached only after navigating the playoffs, and their second outing at the tournament achieved by being the highest placed runners-up.

So, surely the Netherlands reaching their second World Cup via the playoffs shouldn’t be big news; it’s just what the Oranje do. Maybe, but they’ve never been the reigning European champions before, as they are now. Their form has dipped significantly since surprisingly lifting the coveted trophy on home soil last August.

If the Netherlands hope to go the distance at the World Cup next year, they’ll need to be more flexible in their approach, looking far beyond Plan A and the same tired starting XI. Head coach Sarina Wiegman’s marriage to a rigid system was growing old before the confetti had even settled at the De Grolsch Veste in their win over Denmark in the EURO 2017 final. Over and over again, Wiegman has ignored the warnings. Teams that can move the ball quickly and with purpose are always a match for the Oranje defense, and those that defend to the limit are a consistent problem for the attackers. Whether arrogance or something else, the lack of flexibility leaves the Dutch far weaker than they appear, and if they stay the course, they are likely to be headed for another early World Cup exit.

To understand why the Dutch seem to be under-performing now we have to look back to their over-performances at EURO 2017, as well as their matches since.

Access the best women’s soccer coverage all year long
Start your FREE, 7-day trial of The Equalizer Extra for industry-leading reporting and insight on the USWNT, NWSL and beyond.
Subscribe
Existing Users Sign In Here
Related Topics2019 World Cup QualifyingExtraFeaturedNetherlands

Netherlands, Argentina cruise into World Cup
In 2018, where does the NWSL fit in the larger sports landscape?