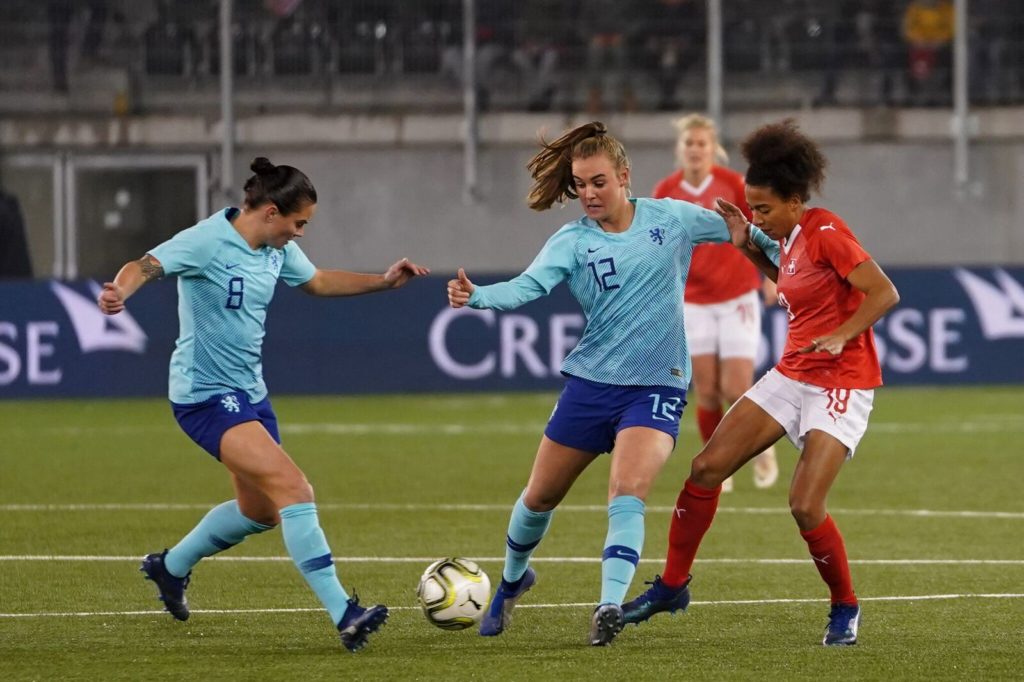 Netherlands and Argentina became the latest nations to book a spot in next summer’s World Cup when they finished off playoff ties with 1-1 away draws. Both teams advanced safely with Netherlands having won the first leg against Switzerland, 3-0 and Argentina by 4-0 over Panama.

Netherlands offered the Swiss a glimmer early on when captain Anouk Dekker was sent off 8 minutes in. But the hosts could play the European champions to no better than a stalemate through the opening half. When the ice was broken it was Vivianne Miedema putting the shorthanded Dutch ahead 1-0. That away goal meant that Switzerland, down three to start, were in need of five to go through. They got only one, through substitute Coumba Sow in the 71st minute. That was all the scoring and the tie closed with Netherlands ahead 4-1 on aggregate.

In Panama, Natalia Mills opened the scoring with a goal in the 37th minute but the hosts were never in with a chance. Maria Bonsegundo tied the match in the second half for Argentina, who won 5-1 on aggregate.

Netherlands and Argentina are the 19th and 20th teams to qualify for the World Cup. Four spots remain. One is the champion of Oceania where New Zealand are overwhelming favorites for the tournament that kicks off this weekend. The Africa Women Cup of Nations kicks off Friday and will produce the other three qualifiers.