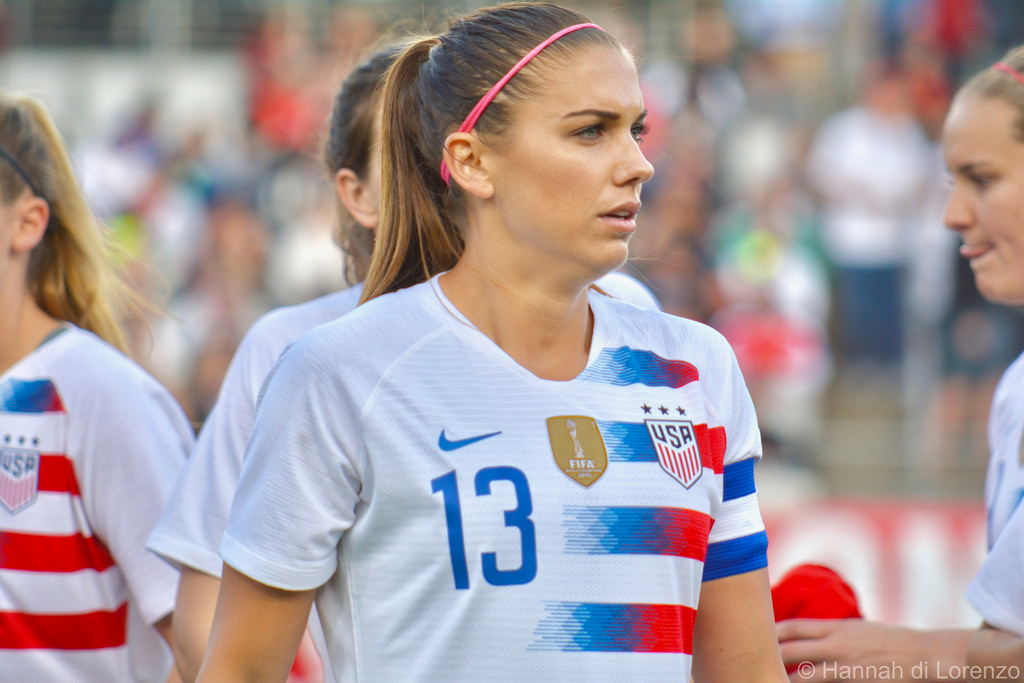 Alex Morgan’s 18th goal of the year—and the 98th of her career—gave the United States a 1-0 victory away to Scotland and wrapped up an undefeated season for the World Cup champs.

Morgan finished a Mallory Pugh cross near the end of a first half that did not always go the United States’ way. Ashlyn Harris earned the start and made one key save in the second to preserve the clean sheet.

Jill Ellis continued to tweak, moving University of North Carolina defender Emily Fox to left back in her second career appearance. She also moved Morgan to the left side and inserted Carli Lloyd back as the center forward. Additionally, Crystal Dunn moved off the backline to take a spot in midfield.

The results were not always the prettiest.

Scotland, World Cup bound for the first time, stood toe-to-toe with the U.S. early in the match. The hosts were on the front foot at the half hour mark when they earned a corner kick that would have put them on top if not for Morgan finding her way to it and clearing it off the line.

The United States broke through in the 39th minute. Emily Sonnett unlocked Mallory Pugh down the right side where she had space to prepare her next move. Pugh looked up and found Morgan making an unmarked run into the box and the cross was perfectly played. Morgan never had to break stride as she volleyed it home for what turned out to be the only goal of the evening at The Simple Digital Arena in Paisley.

The U.S. had two golden opportunities to extend their lead. In the 53rd minute, Lloyd backheeled a ball to Morgan who dropped it back to Julie Ertz charging to the top of the 18. The shot took a redirect on the way in and Scotland goalkeeper Shannon Lynn did well to kick her foot up to make the save.

Eight minutes after that, Pugh won a foul in the box that put Carli Lloyd over a penalty, but she blasted it off the crossbar to keep the match 1-0.

The hosts nearly leveled it in the 80th minute. Some clever midfield work allowed a ball to be played over a congested area where Lana Clelland got in behind. Harris cheated to her near post and was able to be there to knock the shot away. Harris finished with her sixth career shutout from 19 caps.

The United States completed 2018 with an 18-0-2 mark. The draws were against France at SheBelieves and Australia at Tournament of Nations. France is on the docket again as the U.S. will return to Europe to play the World Cup hosts on Jan. 19, 2019, in Le Havre.