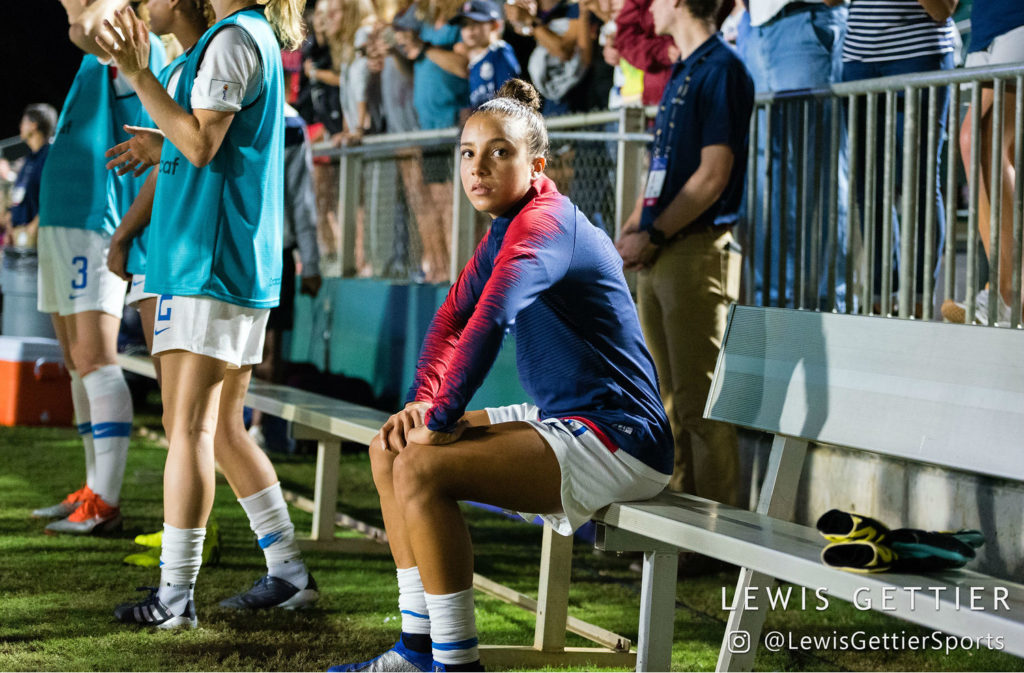 This fall, one big question we asked of the U.S. women’s national team was whether Mallory Pugh or Tobin Heath would be the one to grab the starting spot at right forward and make it her own. With one or the other injured for so long, it had been some time since head coach Jill Ellis had to choose between the two. Ultimately, she went with Heath when given the choice, and the results support her decision.

Now, another question arises: What’s going on with Pugh? Her form has made it clear that she is not challenging Heath for that starting role, but she should be. The “it” girl among young American players for the last cycle, Pugh exploded onto the senior team with a memorable debut in the first January camp after the World Cup, and by that summer of 2016, she started both the opening group-stage and the one knockout game the U.S. took part in at the Rio Olympics.

She probably wasn’t ready for that role, and her performances reinforced that notion, but the point is that Ellis has invested enough time in Pugh that she should be further along than she is, which culminated in a lackluster performance in last week’s match against Portugal. Why her form has dipped is a complicated answer.

Access the best women’s soccer coverage all year long
Start your FREE, 7-day trial of The Equalizer Extra for industry-leading reporting and insight on the USWNT, NWSL and beyond.
Subscribe
Existing Users Sign In Here
Related TopicsEqualizer ExtraExtraFeaturedMallory Pugh