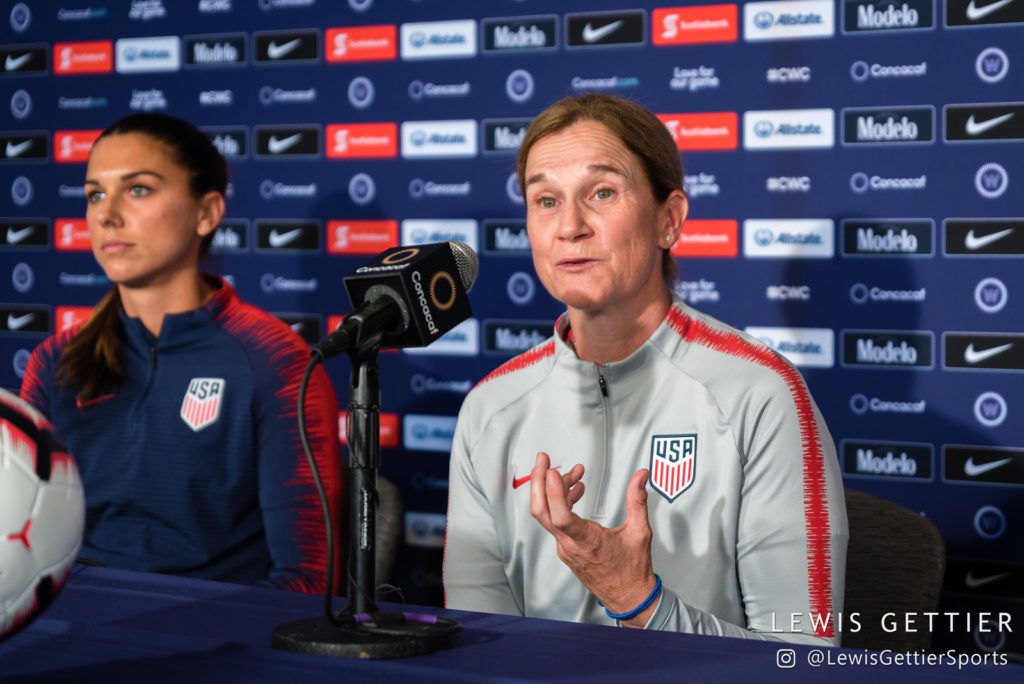 The U.S. women’s national team is experimenting with three-back again — but in a much different way than the disastrous experiment of yesteryear.

Head coach Jill Ellis extensively tested a three-defender setup in late 2016 and early 2017, a trial run which mercifully ended in an embarrassing 3-0 home loss to France to conclude the 2017 SheBelieves Cup, where the U.S. finished last. That was the end of that. The system was a poor fit for the personnel as the U.S. was left exposed at the back in transition.

Since then, Ellis has firmly settled on a 4-3-3 setup that plays to her team’s strengths — particularly in attack. Question marks still exist for the Americans defensively, but they are mitigated by an approach which, in simple terms, challenges opponents to outscore them. The U.S. is averaging over three goals per game in a calendar year which featured a distinctly difficult schedule. They are also unbeaten in 2018, winning the SheBelieves Cup, the Tournament of Nations and the Concacaf Women’s Championship.

Becky Sauerbrunn, Kelley O’Hara and Crystal Dunn are, when healthy, three clear starters in the four-player back line, with Abby Dahlkemper and Tierna Davidson fighting for the second center-back position. The U.S. will approach matches with four at the back at the 2019 World Cup; you can bet on that.

But Ellis has also overtly taken the opportunity this year to test out a handful of simulated situations in matches — not just in friendlies, either, but in meaningful qualifying matches already in hand.