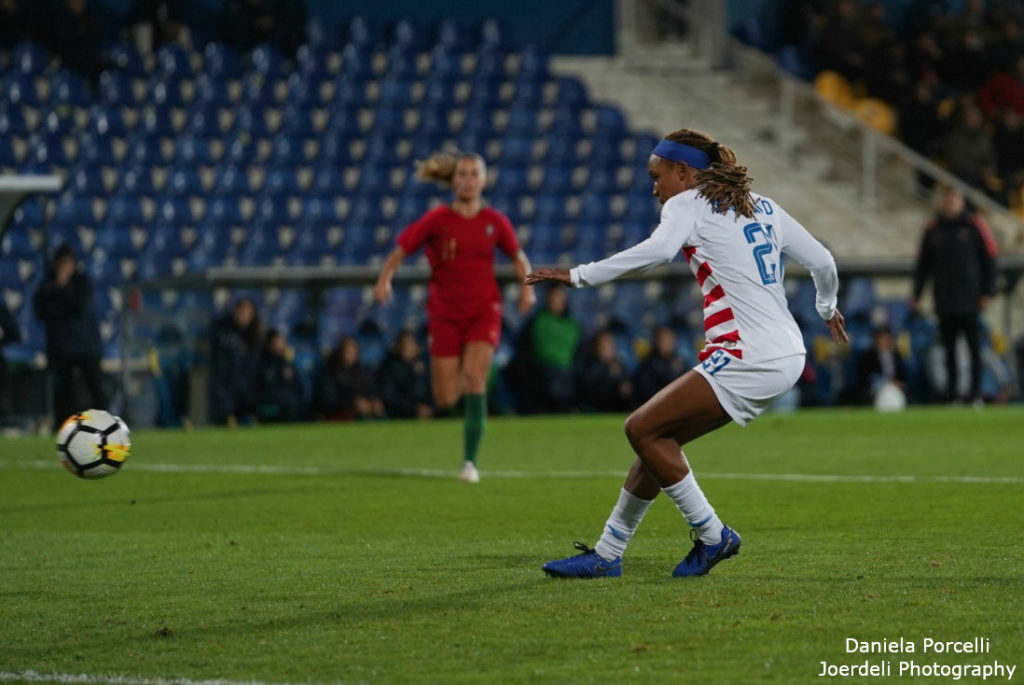 Opportunities sometimes repeat themselves for athletes, and sometimes they present themselves as one-offs, singular moments that can alter the course of a career and a life. Jess McDonald had what may have been one of those moments in the opening half of Thursday’s United States women’s national team friendly against Portugal. The U.S. triggered a lightning-quick counterattack up the left side and a clever run by Mallory Pugh opened up space for McDonald. Megan Rapinoe delivered the ball on a string. McDonald missed the goal.

Eight minutes later, McDonald put a positive stamp on what was an average half when she got another shot, which was saved, and followed up to be there and knock in the attempted clearance. That was McDonald’s first international goal, in her first international start, and it was the only one on the night. Throw in that the 1-0 victory over Portugal was the U.S.’ 500th all-time win and the goal is one to be remembered.

But the question lingers: Will it be McDonald’s one shinning moment or a springboard to the World Cup?

McDonald has earned sporadic call-ups in recent years but it never seemed like she was given a fair shake at sticking around, at least not during games. She has been a revelation at the club level.

Access the best women’s soccer coverage all year long
Start your FREE, 7-day trial of The Equalizer Extra for industry-leading reporting and insight on the USWNT, NWSL and beyond.
Subscribe
Existing Users Sign In Here
Related TopicsExtraFeaturedJess McDonald