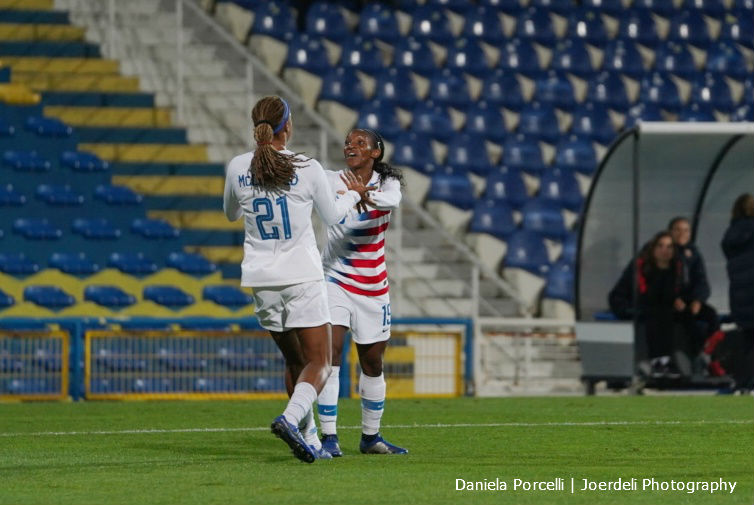 Jess McDonald’s first international goal carried the United States women’s national team to the 500th win in program history, 1-0 over Portugal at Estadio Antonio Coimbra de Mota near Lisbon. The North Carolina Courage striker made good on her first start for the U.S. and scored when she followed up her own shot that had been saved by Portuguese keeper Patricia Morais. The goal was scored in the 42nd minute. When the teams came back from halftime, McDonald was replaced by Alex Morgan.

McDonald got the start at center forward, flanked by Megan Rapinoe on the left and Mallory Pugh on the right. Other surprise starters included Andi Sullivan in midfield and Emily Fox at right back; it was Fox’s first senior cap for the squad.

The opening half was a spotty one for the U.S., who controlled much of the possession but struggled to string together clean passes. The best chance before the goal also came from McDonald eight minutes earlier. Rapinoe ran onto a ball down the left flank and Pugh made a run into the box that attracted several Portugal defenders. That allowed McDonald to sneak in behind the play where Rapinoe found her, but the one-time shot was wide of the mark from 12 yards.

Portugal looked to end the half on a bright note and had their best run of the match in the final 15 minutes of the half. A 39th-minute chance fell to the feet of Jessica Silva who had a narrow opening between defenders but Abby Dahlkemper deflected the shot out of play. Two corner kicks later, Portugal nearly had the opener only to have the shot go wide of U.S. goalkeeper Alyssa Naeher. Portugal led the shot tally at halftime, 5-4.

The breakthrough came when Pugh came back to collect the ball and Crystal Dunn exploded into the open space down the right flank. Dunn found her NWSL teammate, McDonald, with the cross. Morais made a quality save on the initial shot but McDonald stayed with it and Silvia Rebelo’s attempted clearance went off McDonald’s leg and in.

A second U.S. player earned her first cap in the second half. Danielle Colaprico played the final 45 minutes in midfield and helped the team continue to own possession, but again goals were difficult to come by. Alex Morgan hit the side of the post with a shot near the hour mark, and a short time later, Carli Lloyd, also a second half sub, had her shot stopped by Morais.

The U.S. will head to Scotland for a match on Tuesday. Scotland are in the World Cup but will be without star Kim Little, who was injured earlier this fall. 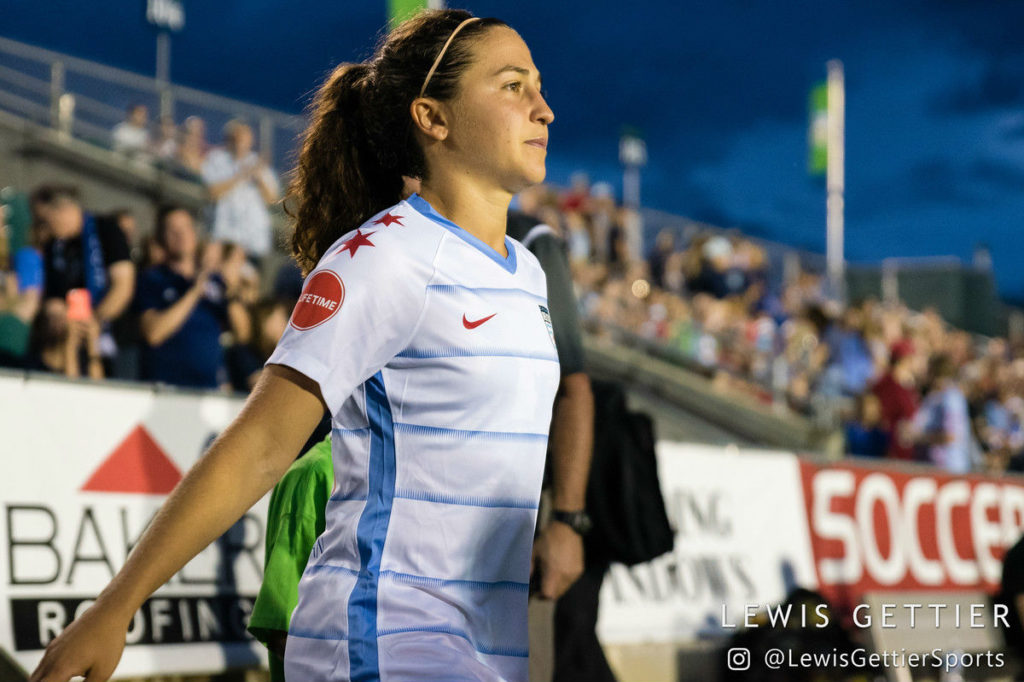