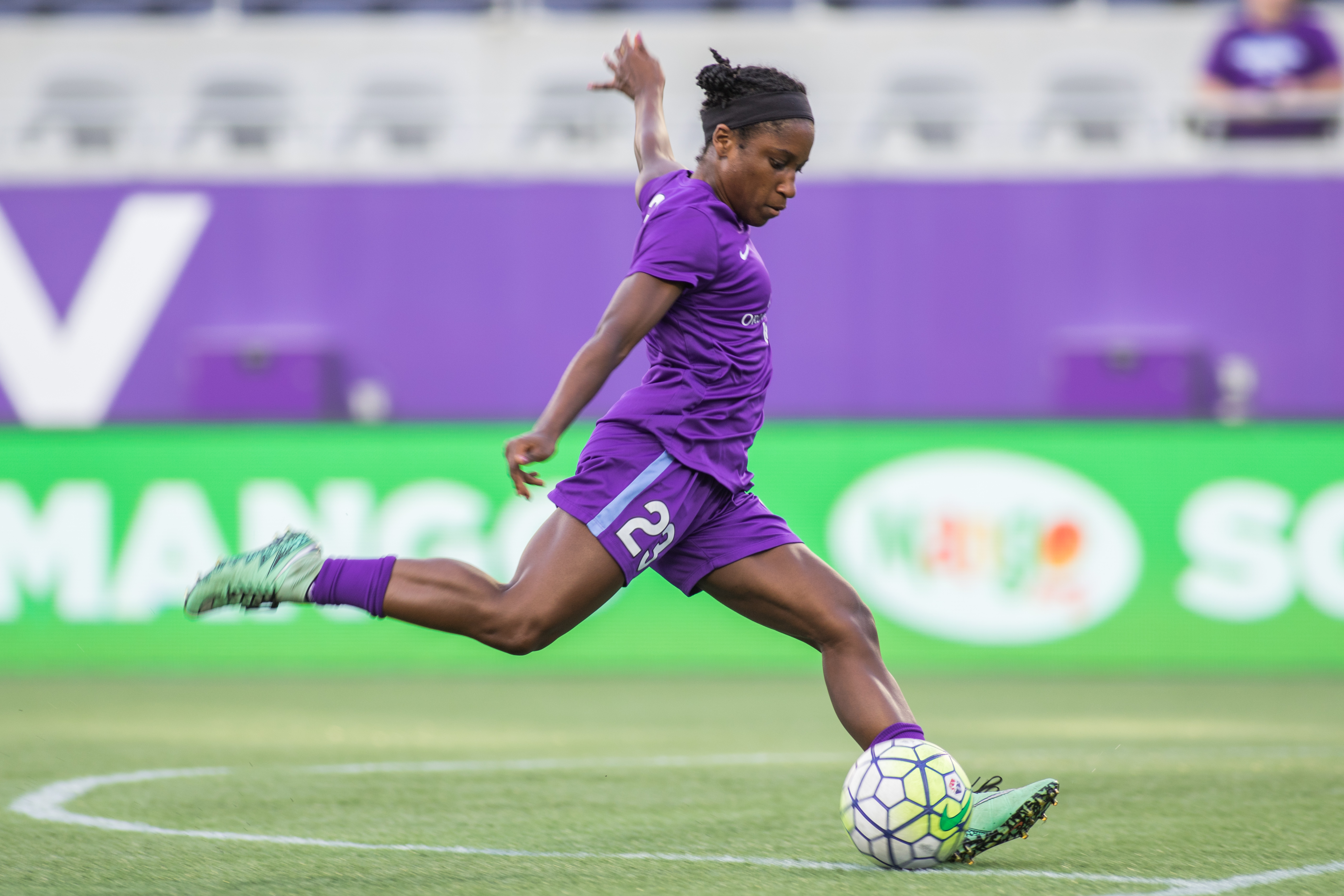 We look at the highlights from the Westfield W-League in Australia for Week 2 and talk to Carson Pickett, who in her second season on loan to Brisbane Roar from the Orlando Pride, has scored her team’s only two goals this season to keep her side undefeated.

The Seattle Reign loanee American forward scored the first ever hat-trick for Melbourne City in her second game with the three time reigning W-League champions in a 3-1 victory over the perennial playoff side Sydney FC on November 1. She now has 15 goals in 39 games in the W-League in four seasons, with three different clubs. She used a creative back heel while dribbling towards the goal to give herself a little more space before firing home her first goal. She emphatically helped City put their 2-1 loss to Canberra in Week 1 behind them.

Nineteen-year-old Australian youth international Melina Ayers scored Melbourne Victory’s first goal of the season in their 2-1 victory over the Newcastle Jets on November 1 in the seventh minute, the fifth in her career after three previous seasons in the league, two with Melbourne City and last season with the Victory. Ayers took the ball near the midfield stripe from Dani Weatherholt (Orlando Pride loanee), took three touches of the ball and rocketed a shot from well outside the box as the Newcastle defense sat back, and the ball sailed into the top left corner past Jets keeper Britt Eckerstrom (Portland Thorns). Melbourne Victory now is tied for first with Brisbane and Canberra, with all three sides undefeated with 4 points.

Save of the Week—Mackenzie Arnold (Brisbane Roar)

The 24-year-old Australian international goalkeeper (21 caps) just returned from a season in Norway with Arna-Bjornar and, in her first match back with the Roar, kept Western Sydney Wanderers off the scoreboard for a 1-0 road victory on November 4. Arnold recorded a number of fine saves, but the best was in the 57th minute when she tipped away Kylie Ledbrooke’s free kick from over 40 yards away at the last minute. She also had crucial saves against former Australian international Servet Uzunlar, who was very active for the Wanderers.

Maria Jose Rojas (30), a Chilean international, scored Canberra’s third goal in the 4-4 pulsating home tie over Perth on November 4. She scored two goals during Chile’s second place finish in the recent CONMEBOL Copa America/ 2019 Women’s World Cup Qualifying Tournament and is expected to lead the frontline for her nation’s WWC debut next summer. Rojas has played in Germany, Lithuania, Japan and just recently signed for the Greens. She previously played in college for the University of Texas-San Antonio and with the Gulf Coast Texans WPSL side.

The other three goals were scored by Canberra’s two South African imports, with Rhoda Malaudzi scoring her second goal in two games and teammate Refiloe Jane scoring twice from the penalty spot. Canberra’s imports actually scored two other goals—for Perth—with Irish International Denise O’Sullivan (North Carolina Courage) scoring in the 5th minute to give Perth the early lead while Scottish international Rachel Corsie (Utah Royals FC) also put the ball through her own net in injury time from Sam Kerr’s (Chicago Red Stars) shot to leave the sides sharing the points in a great match to watch on replay. Perth scored three goals in 10 minutes to haul back a 4-1 deficit with 10 players, having lost defender Sarah Carroll to a second yellow card in the 65th minute. Perth has earned its second tie in two matches, but on the basis of this game, has to shore up its defense in the games to come.

A chat with Carson Pickett

The Equalizer talked earlier this week with Carson Pickett, who scored the crucial late tying goal for Brisbane Roar in their home opener against Perth Glory on October 28 to salvage a point. Pickett explained the process of scoring in tight space in front of the goal in the 88th minute: “I had missed a good opportunity about five minutes before and, to be honest, I didn’t have any fear and I knew the goalkeeper [Eliza Campbell] was coming out and I went in and went for it and had a little space to finish it [high into a narrow opening].”

A late strike from @Cars_Pickett16 earned our Roar Women an opening round draw against @PerthGloryFC.

The goal denied Perth a road victory when the Roar had been in control for large segments of the game. Pickett said about her team’s reaction afterwards: “It was a special feeling at the beginning of the season; teams are working out everything. You’ve only been together for a week or two so it was crucial to get a point out of the game. We never want to settle for a tie but when we were so close to losing those three points, we felt it was a decent performance for missing so many players [such as Perth’s Sam Kerr and Nikki Stanton (both Chicago Red Stars) and the Roar’s Yuki Nagasato (Chicago Red Stars) and Haley Raso (Portland Thorns)]. It was evenly matched, but if you can get something out of round one, it’s a plus.” 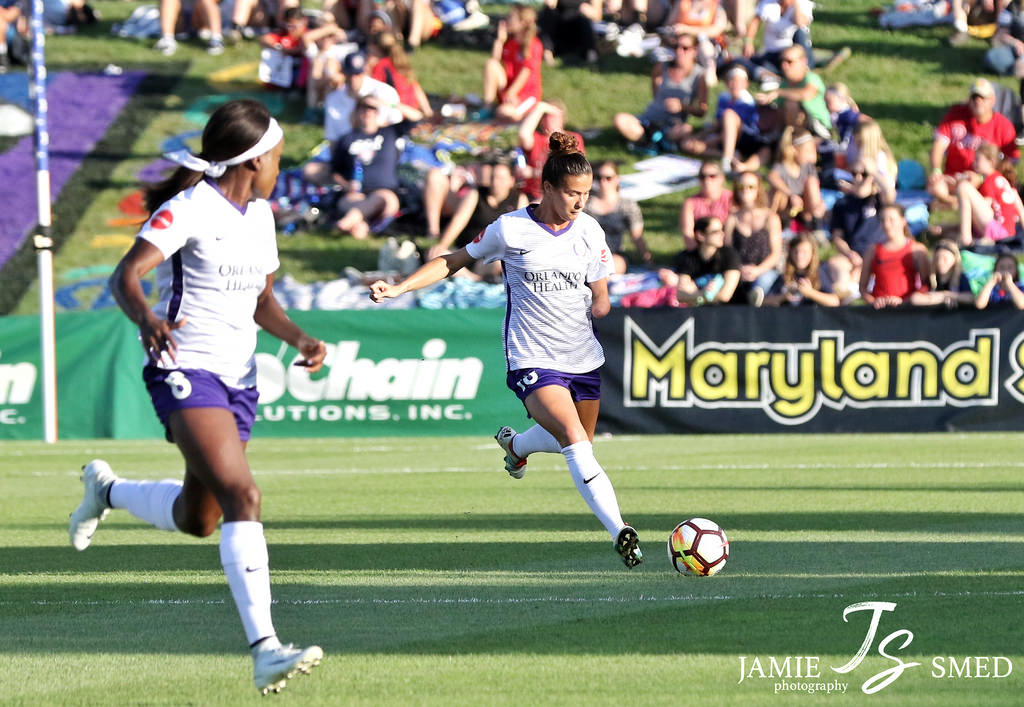 We asked Pickett about playing for two men’s soccer organizations that have fully embraced their women’s program—MLS’s Orlando City with the Pride and Brisbane Roar of the A-League for their women. The Roar were one of the leaders in Australia in fully budgeting for the women’s team, whereas other W-League teams initially used the A-Team’s name and some marketing functions, but utilized government or other funding sources for their annual budgets.

“It’s nice to be integrated with the men because, if we’re being honest, they bring in the money. That is always a good opportunity. In Orlando, we shared a training facility and went to their games and vice versa. We have connections with them and bounce things off of them. Here in Brisbane, the next step is really integrating both teams to support each other to the max. The Roar women are using the men’s facilities for the first time.”

Finally, Pickett—the three year NWSL veteran—talked about how she benefited from playing with the Roar last season: “The biggest thing is confidence; last year I went back [to Orlando] super-confident and went forward a ton in this league. The players around me are really good players and it’s nice to play with different people from different countries and get a different style of play. I brought back [to Orlando] going forward [in attack].” Pickett’s attacking skills saved Brisbane from going to the bottom of the league table early and it could be one of the crucial moments in Brisbane’s season as we look back at playoff time—a point gained rather than three points lost.

Note: This interview took place two days before the November 4 Roar 1-0 road win over Western Sydney, in which Pickett scored the only goal of the game in the 39th minute when she sent her low near post free kick past a two woman wall and deceived Jada Whyman in the net.

World Cup playoffs and USWNT in Europe: Why you need to pay attention this week
Danielle Colaprico’s narrow path to a USWNT World Cup roster spot