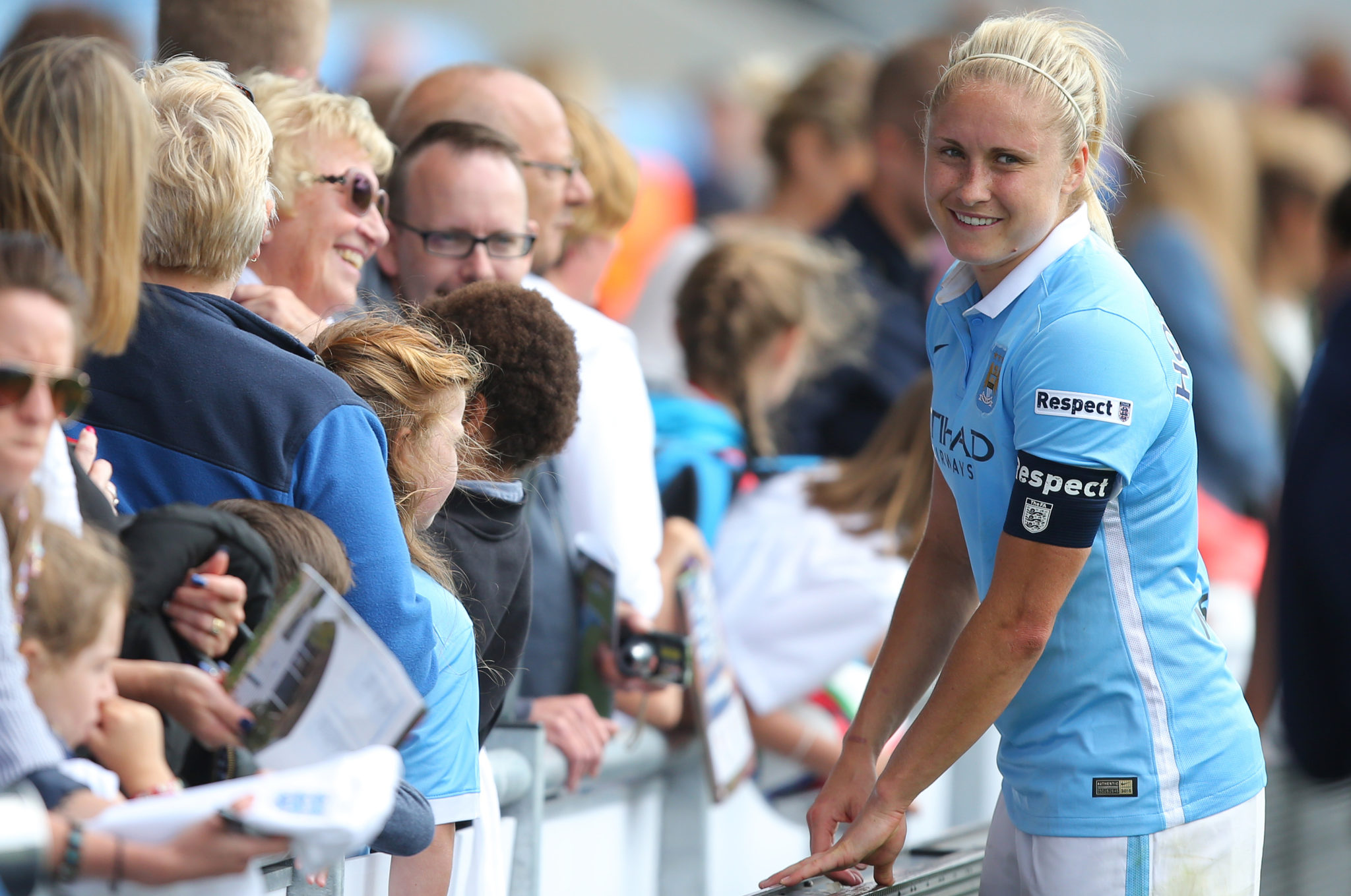 The Latest: Arsenal (d. Birmingham City 3-1) and Manchester City (d. Liverpool, 3-0) continued to keep it a two-team race. Chelsea jumped to 4th with a 2-0 away win over Matt Beard’s West Ham United but still have only five goals in eight matches and are eight points behind Arsenal while also conceding a match in hand. There was also news on the bottom where Yeovil Town defeated Everton for their first win of the season while moving off the bottom of the table at their opponent’s expense.

PODCAST: Dan and Claire get philosophical and discuss how the WNBA players breaking their CBA could impact NWSL plus where NWSL stands in the evolving world of women’s sports!

The Latest: Bayern Munich were held 1-1 at home by SC Sand to fall seven points behind Wolfsburg. The leaders remained perfect through eight matches despite conceding for the first time this season (d. Duisburg, 2-1.) In the match of the weekend, Frankfurt outlasted Freiburg, 4-3 behind a hat trick from 20-year old Laura Freigang and a late winner by Jackie Groenen.

The Latest: The beat rolled on for Lyon (d. Dijon, 5-0) while Paris Saint-Germain (d. Bordeaux, 2-0) remained within shouting distance. Following the FIFA break the sides will show down November 18 in Paris. Metz won twice this week, 1-0 over Bordeaux on Tuesday in a makeup match and then 3-2 away to Rodez. The wins moved Metz off the bottom with Rodez in their place but not out of the relegation zone.

The Latest: Barcelona were unable to break through at Valencia, settling for a 0-0 draw that leaves them four points behind Atletico Madrid (d. Levante, 2-0) who are now 8-0-0. That means Barcelona must sweep the season series from Atletico or get help elsewhere in order to go to the top. They meet November 17 in Barcelona.

The latest: Perth scored three times in the last eight minutes playing a woman down to steal a 4-4 draw away to Canberra. Tim Grainey’s full week in review from Australia will be up soon.

Grainey’s W-League Review for Week 1
World Cup playoffs and USWNT in Europe: Why you need to pay attention this week