Saturday will mark six weeks since the North Carolina Courage were crowned champions of National Women’s Soccer League. But time may as well be standing still for a league that has generated next to no news so far this offseason.

The day before the NWSL Championship, managing director Amanda Duffy revealed that rosters are set to expand in 2019, and that Yahoo Sports would be the league’s new streaming partner. Forty days later, neither has been publicly followed up on.

From a team standpoint, three of the league’s nine clubs continue to have vacancy signs outside the coach’s office. How will those three jobs be filled? Here is a look at the pros and cons of each of the three jobs.

The Dash have never reached the playoffs, but their current roster is as strong and as promising as it has been at any time in the club’s history. The trio of Sofia Huerta, Rachel Daly, and Kealia Ohai forms the backbone of what could be a top attacking side. And with Huerta seemingly not even a fringe prospect for the United States’ World Cup roster at the moment, she should theoretically be free of any positional wrangling at least through next season.

Rookies Haley Hanson and Veronica Latsko plus young internationals Linda Motlhalo and Thembi Kgatlana were finds and should all get better. The Dash need more to become contenders, but for the first time, are not looking at a complete offseason overhaul. 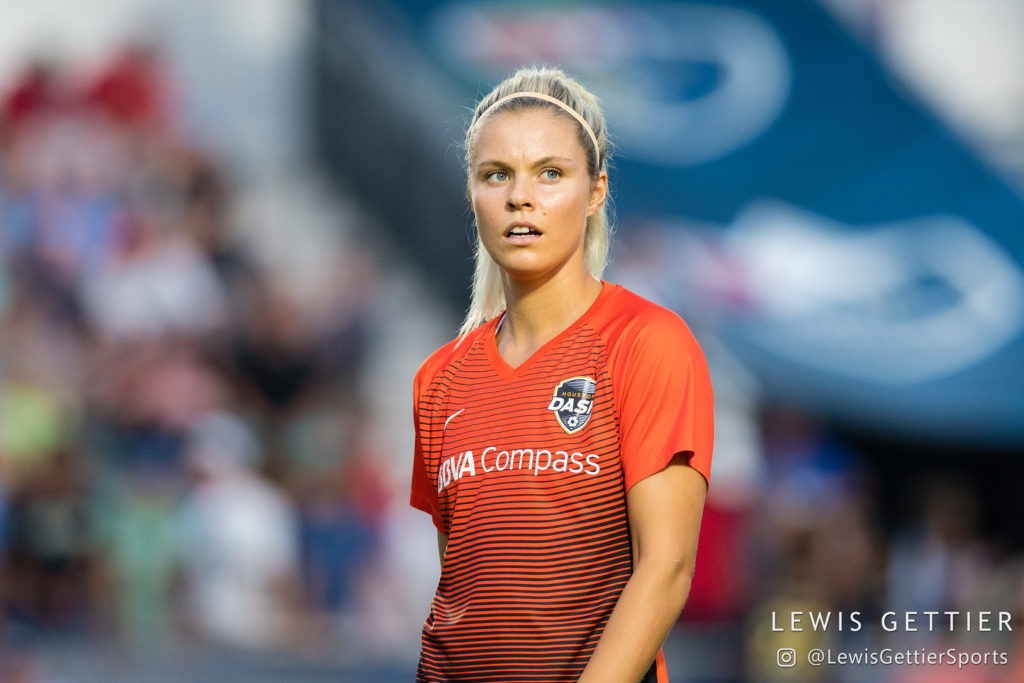 An organization that looked to get a bit of a bump from launching its women’s side in late 2014 quickly realized that taking existing Dynamo staff and adding Dash responsibilities to them was not really a pathway to success. President Chris Canetti admitted that in part during 2018, but Canetti shook up the Houston soccer scene last week by announcing that he was stepping down to head up the city’s bid to bring the Men’s World Cup there in 2026. Canetti was not only the driving force behind the Dash, but was the only president the Dynamo have known since they arrived from San Jose in 2006. Until a replacement is named — Canetti’s effective departure date is Dec. 31 — it is difficult to gauge where the Dash will fall on the priority list going forward.

The Dash do not have a first-round pick, but they do own four selections in the second round — Nos. 12, 13, 16, and 18. Those are the picks that make and break NWSL teams, so a coach with a strong knowledge of the college game would make some sense to take advantage of the most important part of draft day.

If you look at the roster, without any knowledge of the 2018 season, it appears to be an asset. You could even pull up tape from several 2018 matches and back up the notion that the Pride have a quality roster. Then comes the reality that they played worse as the season wore on and finished above only the two teams that set or threatened just about every futility mark imaginable.

Worse still, Marta played at a level decidedly below her usual otherworldly standards, and Alex Morgan’s brilliant year for the United States did not translate to her club form. Orlando are probably no more than a few tweaks away from being really good, but it will take some probing to figure out which areas need the most work.

EXTRA: Tom Sermanni on his challenge at New Zealand, and how things went wrong in Orlando 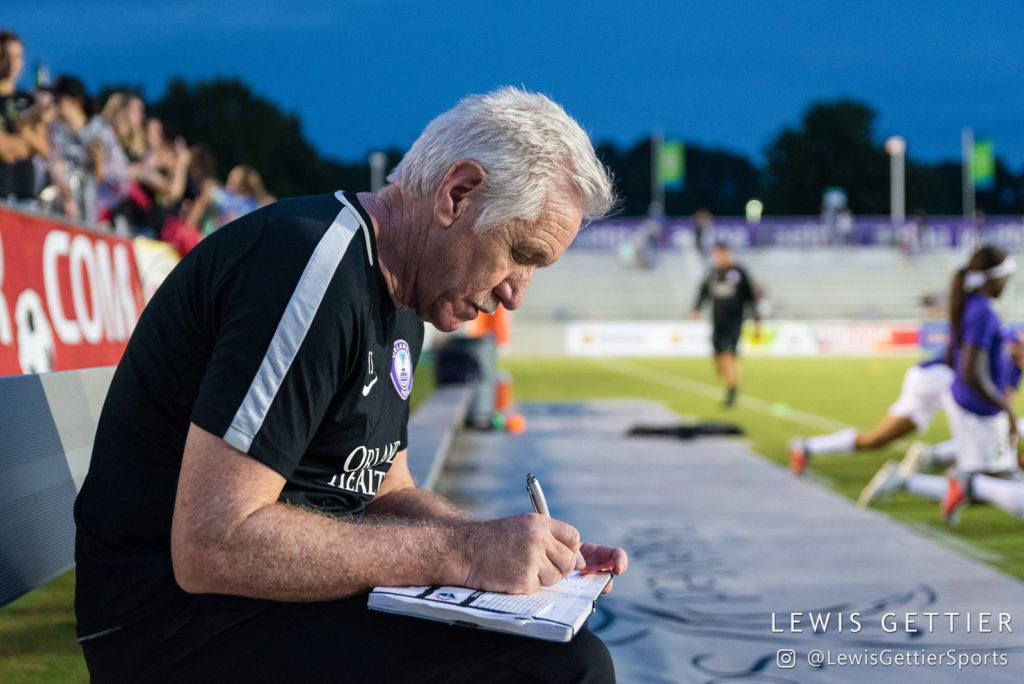 Once the rising star of North American soccer clubs, Orlando City/Pride has been quite the mess during the last few years. Dwindling attendance has been the most noticeable sign. Was the team’s on-field performance late last season also a symptom of deeper dysfunction within the club? The firing of City coach Jason Kreis over the summer could cause potential Pride coaching candidates to be wary of a front office with an itchy trigger finger.

The tweaks mentioned above won’t be so easy to make. The Pride do not have a first- nor second-round pick and have spent much of their roster-building efforts catching up from the Alex Morgan trade, which banked them a star but mortgaged many other assets. It will be a tough balancing act to return the Pride to contender status without continuing to sell of parts of the club’s long-term stability. A strong draft class has been touted for 2020 and the Pride will likely want to be part of the early rounds for a change.

As 2-17-5 teams go, this one has a pretty solid group of young players. The Mallory Pugh-Rose Lavelle-Andi Sullivan troika never clicked and, of the three, only Sullivan was healthy throughout the entire season. Ashley Hatch had a sneaky good campaign but was rendered mostly useless due to poor midfield service and support. Goalkeeper Aubrey Bledsoe impressed in her first go round as a regular starter. This probably is not a playoff roster, but if someone can unlock the talent and some chemistry, it will alter the entire atmosphere around the team. 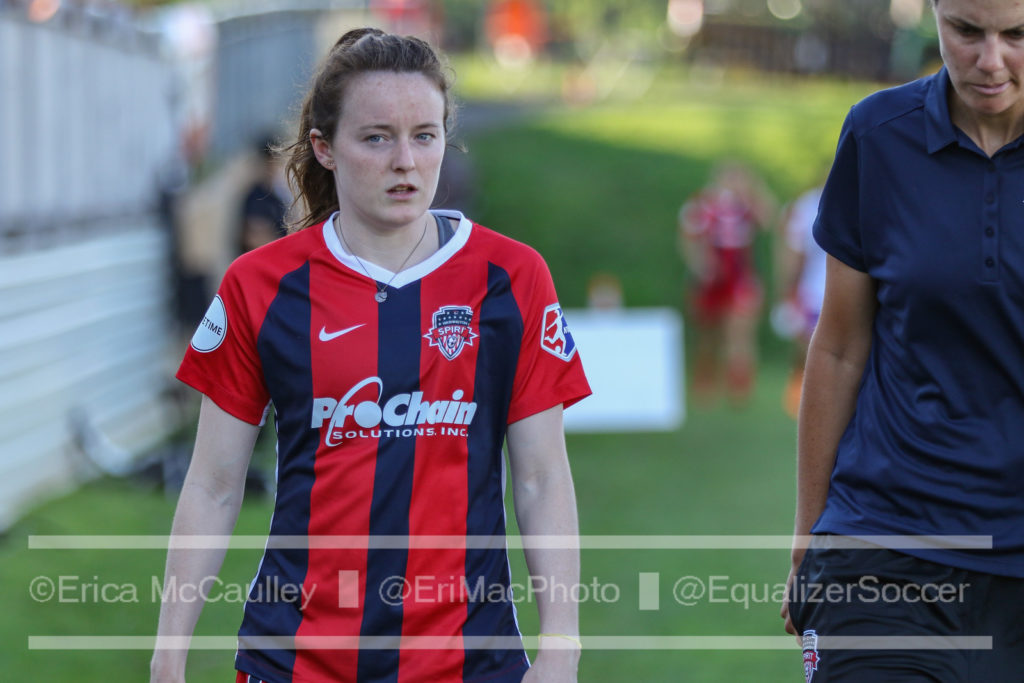 This would have been a difficult question to answer even before word surfaced that owner Bill Lynch has been in negotiations to sell a majority interest to Steve Baldwin. Lynch is the owner who famously fast-tracked the National Anthem so Megan Rapinoe couldn’t take a knee. But he is also a notoriously hands-off owner who lets his soccer people make the soccer decisions.

Add in the tranquil but effective Maryland SoccerPlex as home, and this is not a bad looking job at all. In Steven Goff’s report about the potential sale to Baldwin, it is mentioned that Baldwin already has a preferred coach from the area who has worked for D.C. United and in Scotland. That could take this job off the market and/or signal that a new owner would have a lot more input in the daily operation.

The Spirit hold the No. 4 and No. 8 picks, overall, and then nothing else until No. 20. They also could be ready to move on from the promising but inconsistent international duo of Francisca Ordega and Estefania Banini. That means opportunities to add more quality youth and some roster flexibility as well. The Spirit will also need depth since Pugh and Lavelle are likely to be at the World Cup and Sullivan looks to be back in the mix. Sullivan’s development—she did not have a good rookie season—will also be atop any priority list for whoever leads this club into 2019.