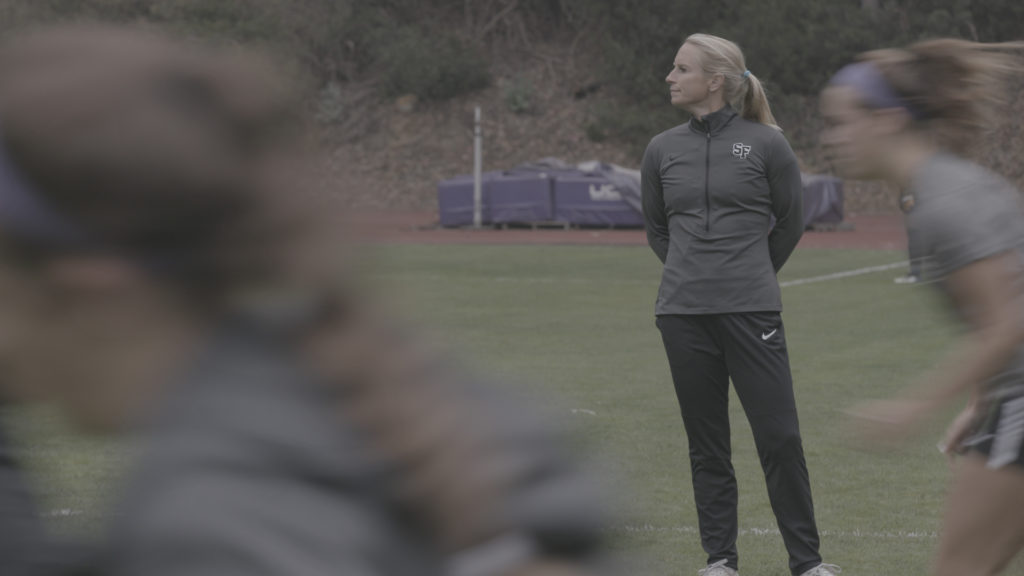 She was rejected from a USSF coaching course. Now, she’s a rare American woman with a UEFA ‘A’ license

She was rejected from a USSF coaching course. Now, she’s a rare American woman with a UEFA ‘A’ license

Tracy Hamm applied for and was denied admittance into a U.S. Soccer Federation ‘C’ coaching course in the spring of 2013 on the grounds that she lacked the professional playing experience necessary to obtain a waiver.

Despite having competed at the highest level of collegiate soccer, having served as an assistant coach for a competitive Division I team — overseeing the growth of players like Alex Morgan — and having earned her United Soccer Coaches (formerly NSCAA) national diploma, being waived into a USSF C license course required three years of professional playing experience. Hamm asserted that she had five, but in the eyes of USSF, she had only played for two.

“There wasn’t a [professional] league for three years after I graduated, so I played in WPSL,” said Hamm, whose last collegiate season for the University of California, Berkeley, was in 2006. “We weren’t paid anything, but my whole team was professional soccer players and players on the national team.”

The roster included names like World Cup champion and Olympic gold medalist Tiffany Roberts (Sahaydak) and Leslie Osborne, the former a World Cup champion with the U.S. women’s national team and the latter a member of the U.S.’ 2007 World Cup squad. There were international names, as well, like Sissi, a Brazilian national star and the winner of the golden boot at the 1999 World Cup.

In 2009, Women’s Professional Soccer (WPS) kicked off as the United States’ new professional league. Hamm was drafted by the Bay Area’s FC Gold Pride and played the 2010 season with the Atlanta Beat. With word that the league was on unstable ground (it would fold before kicking off a fourth season in 2012), Hamm decided to direct her attention toward graduate school.

“Had the pro league existed in 2006, I would have played in it. But that didn’t exist,” said Hamm, who shortly after applying to the USSF ‘C’ course, received a letter back explaining that she had been rejected.

“I’m a head coach at a college. I played professionally. It seemed very unfair. You’re [USSF] waiving all of these guys in because there’s MLS, but you’re excluding, or at least putting an additional barrier before females? That’s not cool,” said Hamm.

Finding fuel in the rejection and determined to pursue coaching education, regardless, Hamm looked to Europe for a chance to grow. She found it in Europe, when she applied for and was accepted into a combined UEFA C and B course in Wales in early 2016. Following the course, she was encouraged to apply to return for an ‘A’ license, which she did.

After more than a year of intense coursework and trips to Europe to work alongside almost entirely male colleagues, many of whom were working as professional players and coaches in top European leagues, Hamm became one of the only American women to complete the highly sought-after UEFA ‘A’ license course — one level below the top badge in Europe — in October 2018.

Now, at age 34, Hamm is joining the ranks of women in soccer who are using their experiences to encourage others in the game to break down barriers, pursue opportunities that seem impossible and, perhaps most importantly, take credit when credit is due.

Access the best women’s soccer coverage all year long
Start your FREE, 7-day trial of The Equalizer Extra for industry-leading reporting and insight on the USWNT, NWSL and beyond.
Subscribe
Existing Users Sign In Here
Related TopicsExtraFeaturedTracy Hamm

Colaprico, McDonald return to USWNT for November friendlies
World Cup playoffs and USWNT in Europe: Why you need to pay attention this week