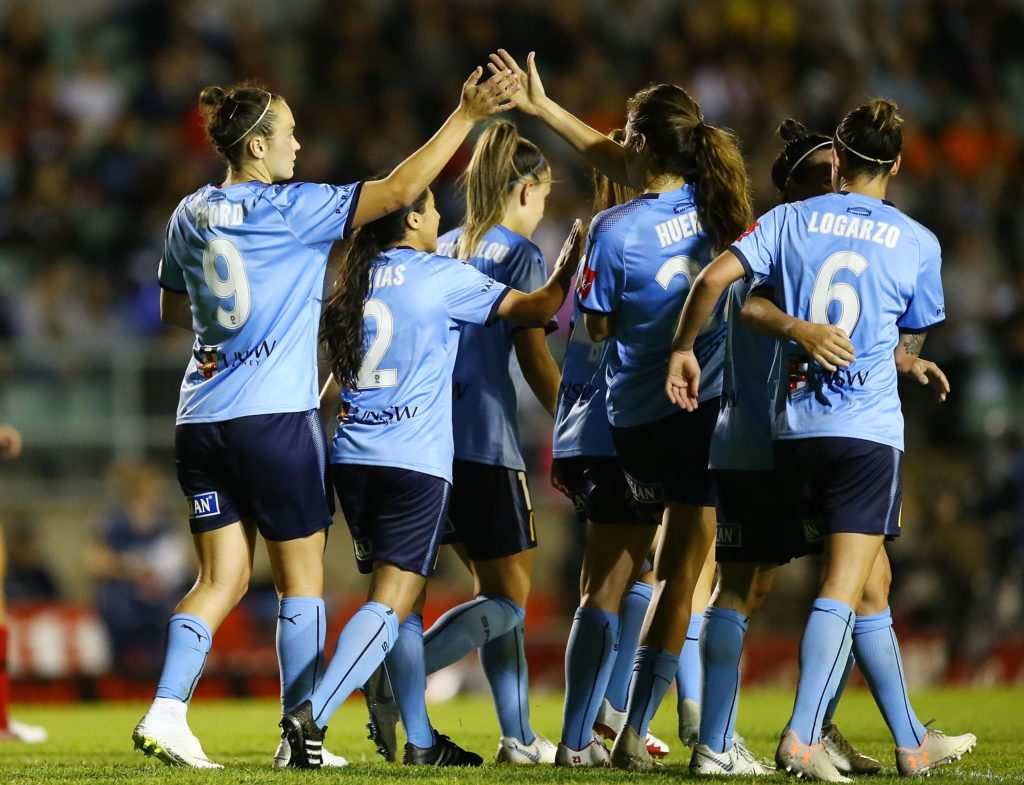 Here is the latest from the W-League:

Lo’eau LaBonta (Utah Royals) did well for the Wanderers, narrowly missing scoring on a couple of occasions. Western Sydney needs to bounce back quickly or this could be their seventh consecutive year without a playoff berth.

Save of the Week—Lydia Williams (Melbourne City)

The Australian international and Seattle Reign goalkeeper kept Mulaudzi off the scoresheet midway through the first half with a flying save to keep City scoreless with the Greens.

The Brisbane Roar captain, who played this season with the Houston Dash, brings so much calm to her team’s defense and was key in transition play for last year’s Premiership (regular season) winners. Their home 1-1 tie versus Perth on October 28 missed some talent on both sides, including Perth’s Sam Kerr and American Nikki Stanton (both Chicago Red Stars)—both suspended for a week—and three Glory youngsters away on U-17 Women’s World Cup qualifying. The Roar were without new signing Yuki Nagasato (who has not arrived yet) and Hayley Raso (who is still recovering from a back injury sustained late in the NWSL season). Alyssa Mautz scored first for Perth early in the second half but a late goal by Carson Pickett from Chioma Ubogagu’s long cross (both on loan from Orlando Pride) were critical to salvaging a point for Brisbane. Ubogagu was a danger up front for the Roar, particularly in the first half.

McCaskill (a rookie this season with Sky Blue FC) was a late signing by Sydney FC this past week and was creatively devastating as an attacking midfielder; she assisted on Foord’s first goal and manufactured other solid scoring opportunities for her teammates with her astute passes and was impactful throughout the derby for the high flying Sky Blues.

Hosts Adelaide United and Melbourne Victory were scoreless after 90 minutes on October 28. One would think that this was a sign that both sides (who tied for second bottom in goals scored last season with 15) would struggle again, but both teams had great chances, but strong goalkeeping by Casey Dumont (Victory) and Sarah Willacy (Reds) kept the sides even.