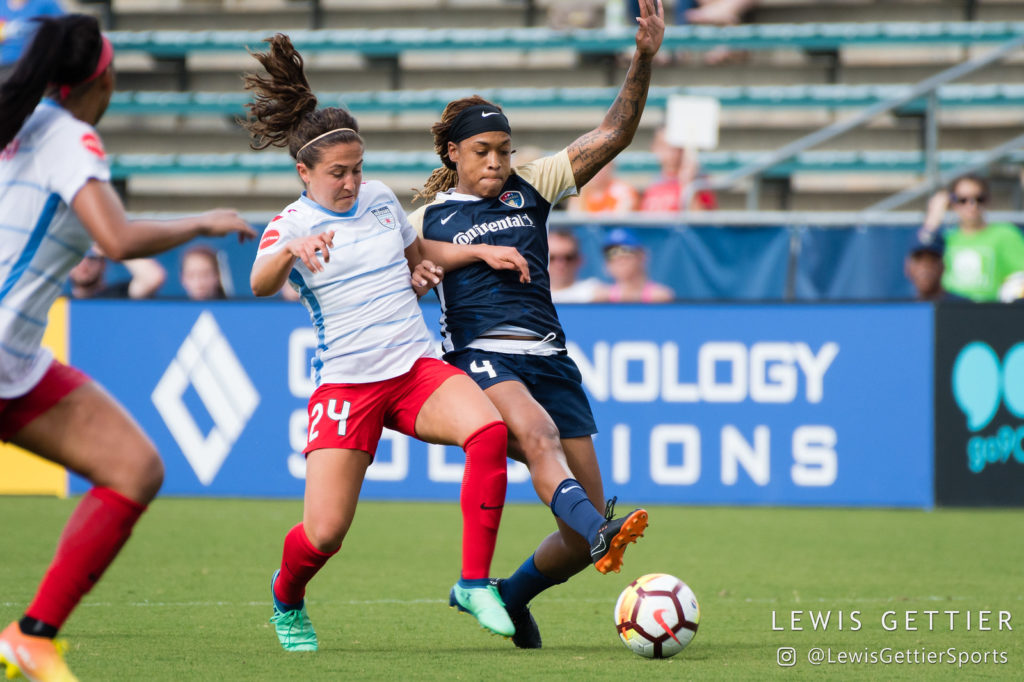 Midfielder Danielle Colaprico and forward Jessica McDonald are among a handful of players making their way back onto the scene for the U.S. women’s national team ahead of its November friendlies against Portugal and Scotland.

McDonald returns to the national team after a stellar 2018 campaign with the North Carolina Courage. She won the NWSL Championship MVP award, scored 10 goals and tallied a league-leading eight assists. She’s the type of forward that the U.S. does not have right now in a No. 9 position that lacks depth beyond starter Alex Morgan. This is McDonald’s first call-up since the 2017 SheBelieves Cup.

Colaprico is back with the U.S. for the first time since October 2016 after an impressive season with the Chicago Red Stars. The midfielder’s return to the team comes as U.S. coach Jill Ellis aims to look at depth in certain positions; Colaprico remains uncapped. Midfielder McCall Zerboni is out injured with a broken elbow, and Morgan Brian has been left off the most recent U.S. roster in a coach’s decision after a challenging 2018. Brian is expected to return to the team in January, when the U.S. will again travel to play in Europe.

Allie Long and Andi Sullivan are also back in the mix to compete for time in the midfield.

The most surprising addition to the team is University of North Carolina sophomore Emily Fox, who is earning her first senior national team call-up. Fox played in the last two U-20 World Cups and enters into the ongoing search for answers at fullback. Fullback Kelley O’Hara and center back Tierna Davidson are each injured.

MORE: The duality of the USWNT’s fullback conversation

Bush: What’s next for USWNT?
What will make the Sermanni-to-New Zealand move a success?