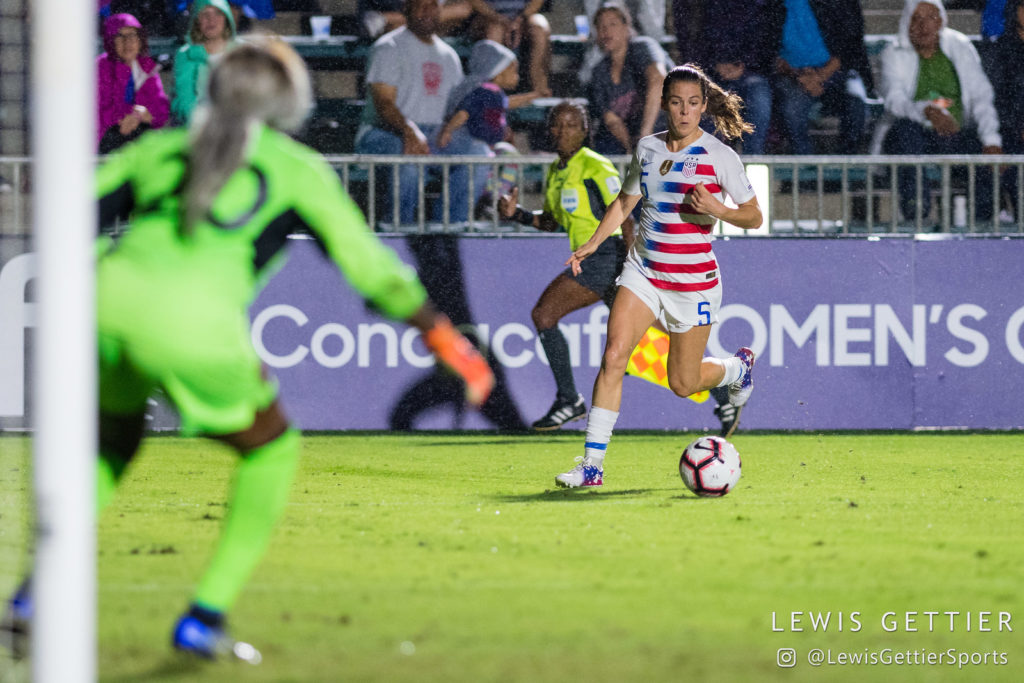 The duality of the USWNT fullback conversation

The duality of the USWNT fullback conversation

There are few things Jill Ellis is not sure about right now. It’s a reach to describe much as an uncertain with the U.S. women’s national team at the moment, but the fullback position remains at least a talking point by default of most of the rest of the lineup being so concrete.

The U.S. coach has settled on who her starting fullbacks are for next year’s World Cup: Kelley O’Hara and Crystal Dunn. The former has consistently been the best performer at the position this cycle and — it’s easy to forget — started in the position six years ago during the Americans’ successful Olympic gold-medal three-peat. The latter has re-emerged in the position out of necessity. Ellis has exhausted her options in her two-year, 60-player marathon of trials, and hasn’t been overly ecstatic with any other answers in the position.

Neither O’Hara nor Dunn should concern Ellis. Each fits the profile of the modern, two-way fullback that the coach wants as part of the United States’ aggressive, high-pressure approach. Questions around the position typically arise in regards to depth.

U.S. Soccer announced on Tuesday that O’Hara is out 8-12 weeks after undergoing an arthroscopic ankle procedure “to remove loose bodies” in her right ankle. The procedure is said to be needed and the timing right; “the most important thing is to be healthy for next year,” O’Hara said in a statement. That press release came exactly three hours and 25 minutes after another from U.S. Soccer officially announcing November road matches against Portugal (Nov. 8) and Scotland (Nov. 13).

Ellis wants her players to begin (re-)adapting to life in more hostile, less homey environments — specifically in Europe — ahead of the 2019 Women’s World Cup in France. That is why the U.S. is headed to Europe in a few weeks (initially scheduling the Dutch and the Swiss, before each fell into the European qualifying playoff round), and it is why the annual January training camp in Southern California will be scrapped next year for another jaunt to Europe, as I previously reported. The U.S. almost exclusively plays home friendly matches between cycles; Ellis similarly put her team through the road ringer ahead of the 2015 World Cup, learning valuable lessons in Brasilia, Brazil, and Lorient, France.

Thus provides simultaneous tests for Ellis and the U.S. in November — and perhaps in January, if O’Hara is not fully match-fit by that point. The Americans will be tested by a decent Portugal team and a Scottish side which has qualified for the Women’s World Cup for the first time. Stiffer competition awaits in early 2019.

Kassouf: An undeniable swagger sets this USWNT apart from its recent predecessors 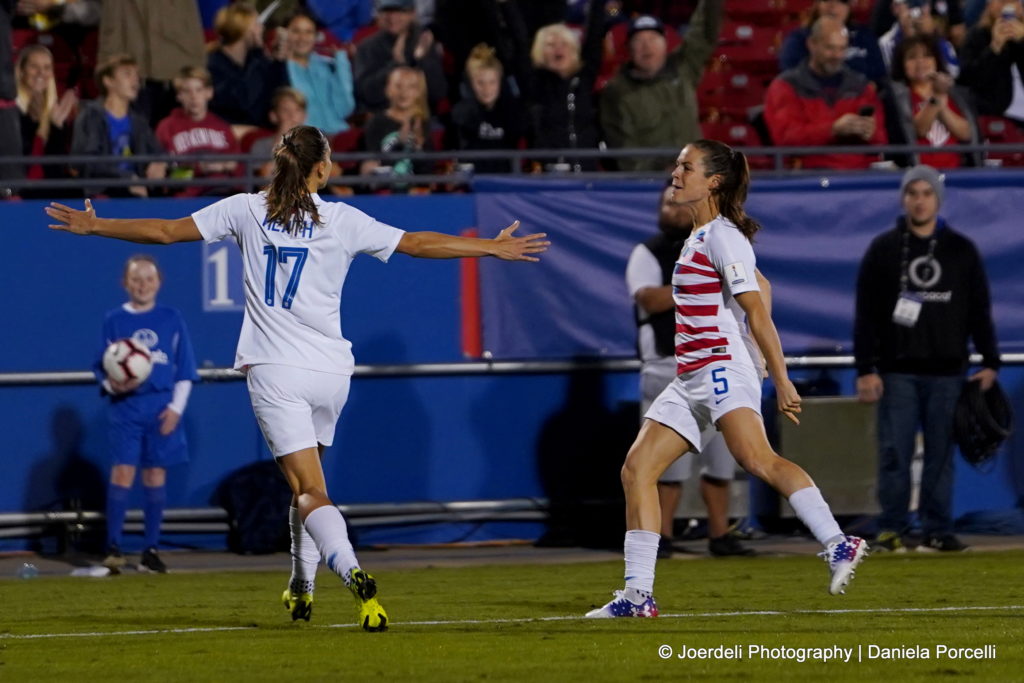 Emily Sonnett proved herself at August’s Tournament of Nations to be a viable option at fullback, a statement most made with mild surprise due to Sonnett’s traditional position as center back and lack of profile as the same type of forward-thinking or forward-capable player as O’Hara or Dunn. Sonnett’s recent performances on the outside of the back four, however, have shown that there aren’t many compromises that need to be made. She admirably filled in for O’Hara during the latter’s extended absence this year due to injury. Sonnett sits home more, and Dunn still pushes on high, meaning Sonnett acts as the balance to the three defenders that hold the team’s shape, taking some of that pressure off Julie Ertz in the No. 6 role. It’s simply a different way of shifting.

A player Ellis still might want to know more about is Casey Short, who can similarly play either fullback or center back. Short has the pace and mindset to at least partially replicate O’Hara’s style of play at the position. And should she get a run in either game in November, Short will feel the ostensible pressure of playing in Europe, part of the famed “pressure cooker” in which Ellis likes to vet players.

Barring injuries, the starting eleven that Ellis rolled out in four of five Concacaf qualifying games is her preferred lineup and still will be come June in France (one exception: the injured Tierna Davidson had the upper hand over Abby Dahlkemper as the second center back, but that position isn’t set in stone). Seeing more of Sonnett or Short at fullback would be a way for Ellis to compile more data – literally and metaphorically – in the event she needs to call upon one, but O’Hara and Dunn are clear incumbents when healthy.

What we know, as Tuesday’s complementary announcements remind us, is that we aren’t done talking about fullbacks — if for no other reason than because something keeps happening at the position. The manner in which we will be discussing them next June is likely to mirror the context in which we are evaluating the U.S.’ tournament. But for as much uncertainty as there appears to be at the position, France 2019 continues to look like a case of keeping O’Hara and Dunn healthy and in form.

MORE: Is depth at forward, No. 9, false equivalence for the USWNT? 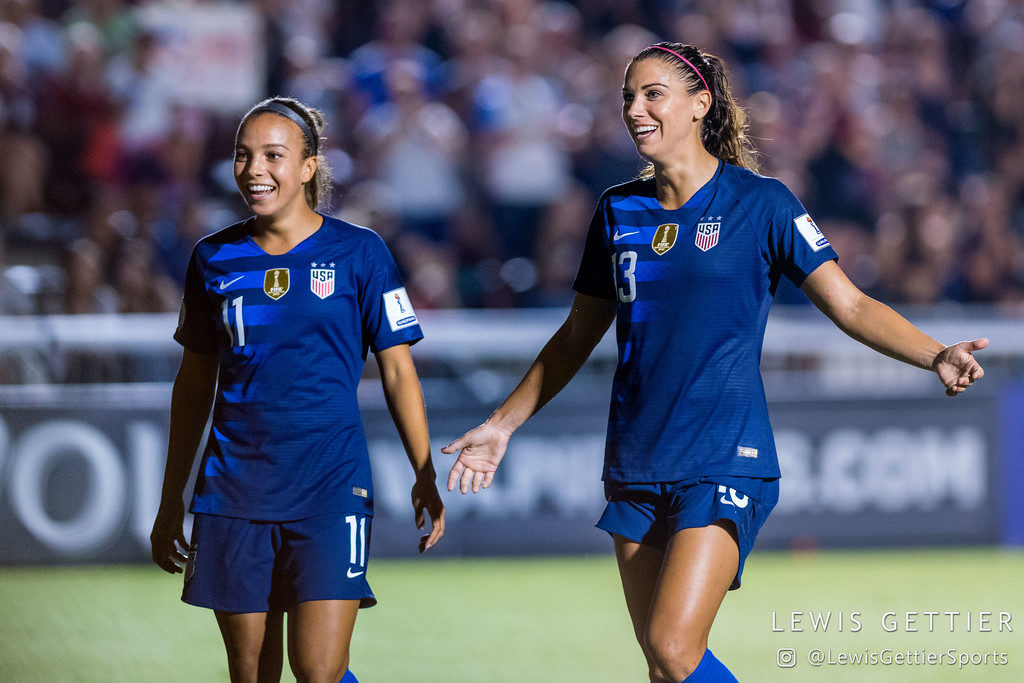