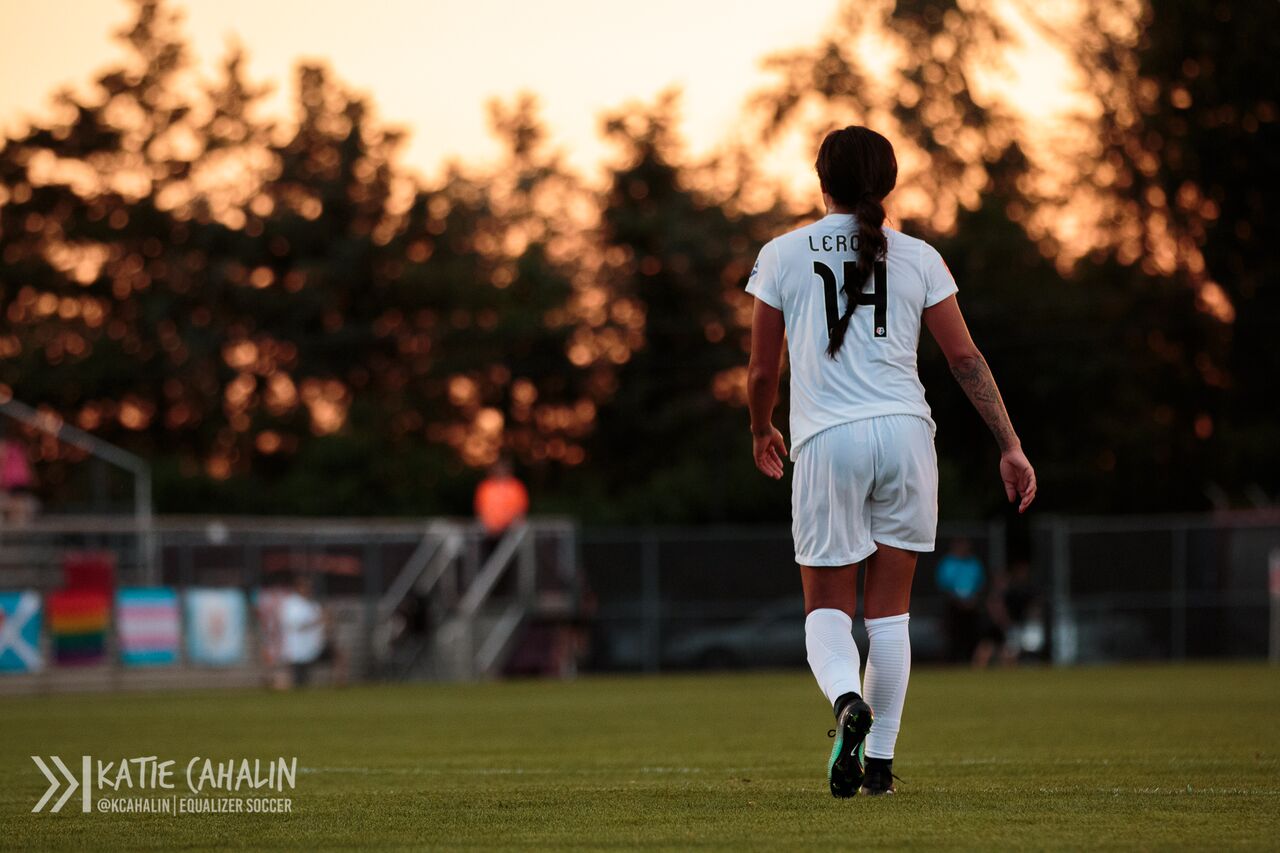 When Sydney Leroux was missing Orlando Pride games last season due to being sick, she was home on bed rest and miscarrying a baby. Leroux made her loss public on social media on Monday.

“A couple months ago I lost a baby,” her post began. “I was naïve to the pain of what this felt like. There was a moment when I was on bed rest where I wondered if the emotional pain could kill me. It doesn’t. I’m still here.”

Leroux said she was able to get through the immediate aftermath due strong support of friends and family. She is married to Dom Dwyer who played for Orlando City SC of Major League Soccer, the brother club of the Pride. Leroux and Dwyer have a son, 2-year old Cassius. She sat out the 2016 NWSL season on maternity leave.

After initially staying quiet due to shame and embarrassment, Leroux now wants to talk about her pain to help others going through similar loss. “There are so many of us going about our day trying to bury our grief and pain. I want to tell my truth in hopes that other women like me don’t feel so alone. How can we heal if we don’t admit that we’re hurt? I’m hurt. But I’m stronger because of it and it took me some time to get here.”

Kim Little is on the shelf again. The Arsenal and Scotland midfielder will be out 10 weeks after breaking her fibula in Sunday’s win over Chelsea. The club made the announcement Tuesday. Little missed much of 2017 after suffering a torn ACL.

Arsenal and Scotland midfielder Kim Little has suffered a broken leg and will be out for up to 10 weeks after a challenge during Sunday's match against Chelsea. pic.twitter.com/4hdebjiA0t

The injury to Little is about the only thing that has gone wrong at Arsenal this season. The Gunners have won their four matches by an aggregate 21-3. Their 5-0 win away to Chelsea was a signal to the rest of the FA WSL that they are the side to beat. But they will now be without Little at least until the new year.

Next year is shaping up to be an important one for Little, who was MVP of the 2014 season while playing for Seattle Reign FC. Scotland have qualified for the World Cup for the first time and Little is their key player in the middle of the park.

Houston Dash and Orlando Pride have made announcements regarding W-League loans this offseason.

For the Pride, Christine Nairn and Dani Weatherholt are heading to Melbourne Victory FC.

In other W-League news, Portland Thorns FC defender Ellie Carpenter is returning to Canberra United. Carpenter set NWSL records as the youngest ever to make an appearance and to score a goal. She officially joined the club after turning 18 in April.

USWNT-Canada: Rivalry or not?
The Equalizer at Soccerex: How can women’s soccer realize its commercial potential?