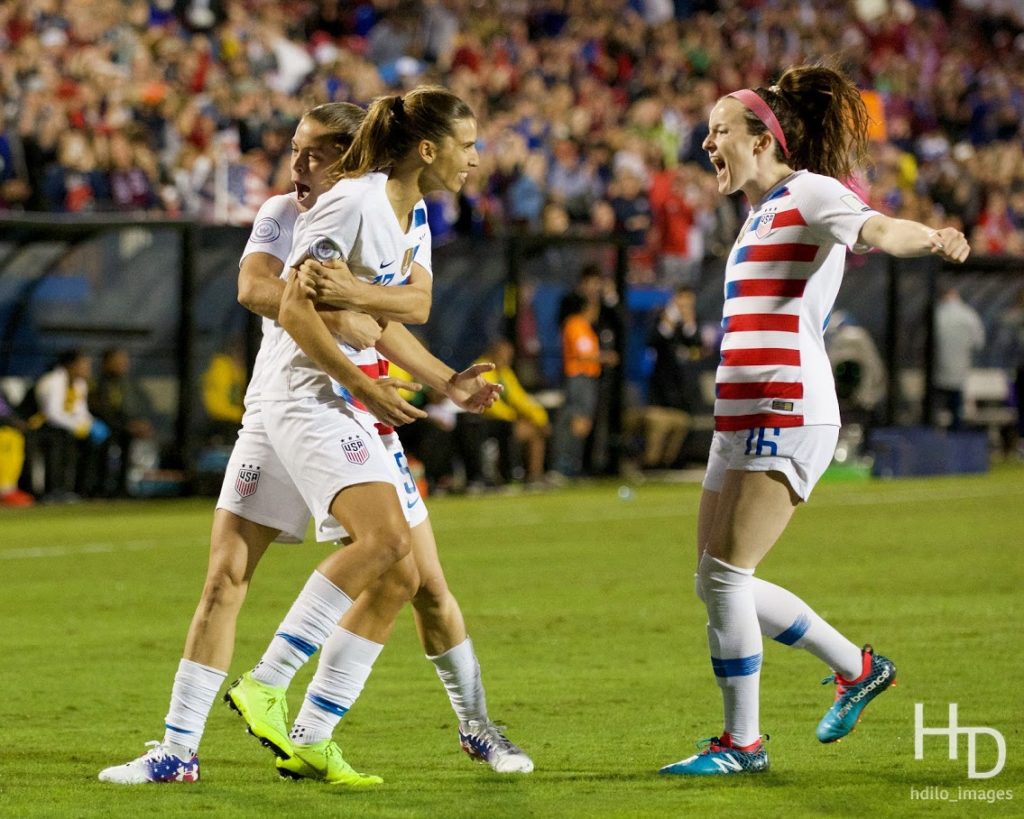 (Photo by Hannah Di Lorenzo for The Equalizer)

The U.S. was always going to qualify for the 2019 Women’s World Cup. Yes, we all remember the 2010 upset to Mexico that sent them into a playoff with Italy in which Alex Morgan first emerged the hero. But that was then and this was now. This 2018 team is clearly better than that 2010 team, and frankly (and sadly), the level of competition in Concacaf remains about the same.

On the surface, it’s easy to say that not much has changed since the last world cup qualifying tournament in 2014. They’ve stormed past their opponents, racking up lopsided scores without conceding a goal. But it’s the manner in which they’ve done it – the eye test versus the stat sheet – that tells us that this team is different, and it’s this offensive prowess that sets them apart from the anemic attack that dogged the team through much of the 2015 World Cup.

Ten different scorers. Four players with braces (including three braces in four games for Morgan alone) and one with a hat trick. Headers, set pieces, long balls, tap ins, a penalty kick, rockets from distance – they’ve scored in nearly every way imaginable, and they’ve done so before the ten minute mark in every single match thus far. At no point in time was the outcome of a match ever in doubt. The question was not if they would win, it was by how much.

Monday Morning Wakeup: Qualification in pictures
USWNT-Canada: Rivalry or not?