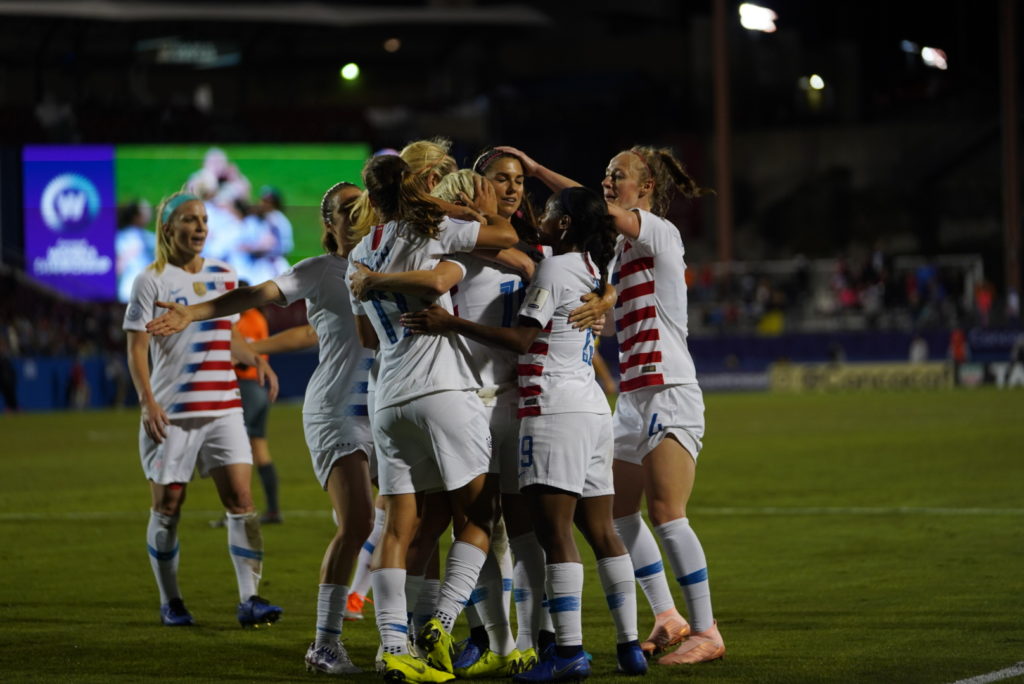 The United States women are headed to the 2019 Women’s World Cup, booking their tickets on Sunday with a 6-0 victory over Jamaica in the semifinals of Concacaf qualifying in Frisco, Texas.

Tobin Heath scored twice in the first half, and Alex Morgan added a goal on each side of halftime to pace the United States. Julie Ertz and Megan Rapinoe also scored. Heath opened the scoring less than two minutes into the match, and Rapinoe and Ertz scored back-to-back some 15 minutes later to put the match out of reach early. Heath’s second goal, in the 29th minute, was a highlight-reel, one-touch finish.

Tobin Heath gets her second of the night after a BEAUTY of an assist from Lindsay Horan. #USWNT pic.twitter.com/i282ogSYoe

The U.S. will play Canada on Wednesday in Frisco in the tournament final. Both regional powers have already qualified for the 2019 World Cup. Jamaica and Panama will play prior on Wednesday in the third-place match, where one of those teams will qualify for the Women’s World Cup for the first time. The loser of that match will get a third and final chance to qualify in a two-leg playoff with Argentina, who finished third in CONMEBOL.

Ranked No. 1 in the world, the Americans have emerged as a clear favorite heading into the 2019 World Cup after winning both the SheBelieves Cup and the Tournament of Nations earlier this year, securing four victories and two draws in six matches against some of the world’s best teams. The Americans enter next year as the defending World Cup champions.

Last time out in a major tournament, however, was a disaster for the Americans. The U.S. exited the 2016 Rio Olympics in the quarterfinals, falling to Sweden in penalty kicks. That is not lost on the Americans — specifically head coach Jill Ellis, who has spent two years testing out players and new formations to prevent such failure in the future.

After either Panama or Jamaica qualify on Wednesday, the final six spots in the tournament will go to: Africa (three), Europe (one), Oceania (one) and either North or South America (Argentina or Jamaica/Panama).

United States in the World Cup