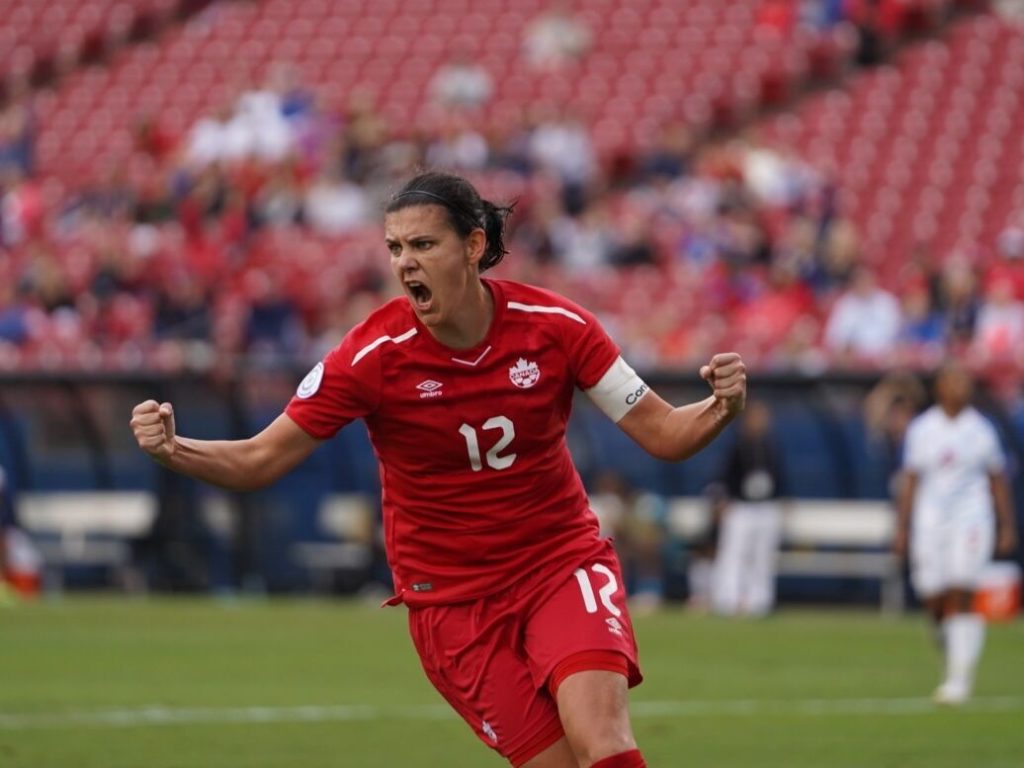 Canada qualified for their seventh consecutive Women’s World Cup by pulling away for a 7-0 victory over Panama on Sunday at Toyota Stadium in Frisco, Texas. Christine Sinclair continued to close in on Abby Wambach’s world record for international goals by breaking the ice late in the first half and then adding the team’s third goal early in the second half. Adriana Leon also served up a double to make it six goals across four matches at the Concacaf Women’s Championship.

Panama are still very much alive for a maiden trip to the World Cup. They will on Wednesday face the loser of Sunday’s United States-Jamaica game, with the winner of that match will qualify. The loser will face Argentina in an intercontinental playoff for the final World Cup berth

Canada came out looking nervous in the opening half and were unable to put their stamp on the match for most of it. Sinclair allowed them to exhale heading to the locker room when she got on the end of a Janine Beckie cross at the far post and headed it near post to open the scoring. Beckie had done a nice job of losing her defender to create the needed space to make a precision cross.

There was no such angst after the halftime break. Before two minutes were up, Jessie Fleming weaved her way between defenders who seemed too occupied with Sinclair and scored with a header inside the right post. The cross was played by Diana Matheson, who was making her 200th appearance for Canada, joining Sinclair as the only Canadians among 20 with that many appearances.

Sinclair struck again in the 49th minute. Nichelle Prince, completely undefended deep on the right, delivered a cross and the captain scored with her head again to make it 3-0. Sinclair’s second of the game was the 177th of her career. Wambach retired with 184.

Sinclair’s goal was made easier by the hesitation of Panama keeper Farissa Cordoba. Panama were without Yenith Bailey, who has a minor rotator cuff injury. She is expected to be ready for Wednesday.

51' #ICYMI Sinclair just got her 177th international goal for #CanWNT and now sits only 8 back from the world record!!!
?? 3-0 ??#CanWNT #CWC #Semifinal
Watch: https://t.co/gyEApzExcD pic.twitter.com/kQbGU1Bu0y

Beckie made it 4-0 by running on to a fabulous ball behind by Fleming and beat Cordoba, who tried to come out for that one. Rebecca Quinn made it 5-0 and then Leon scored two in a row in the 76th and 78th minutes. Leon had scored four goals in the 12-0 route of Cuba during group play.

Canada now advance to the final of the Concacaf Women’s Championship, also on Wednesday, but their ultimate goal of qualifying for next year’s World Cup has been accomplished.

Canada in the World Cup