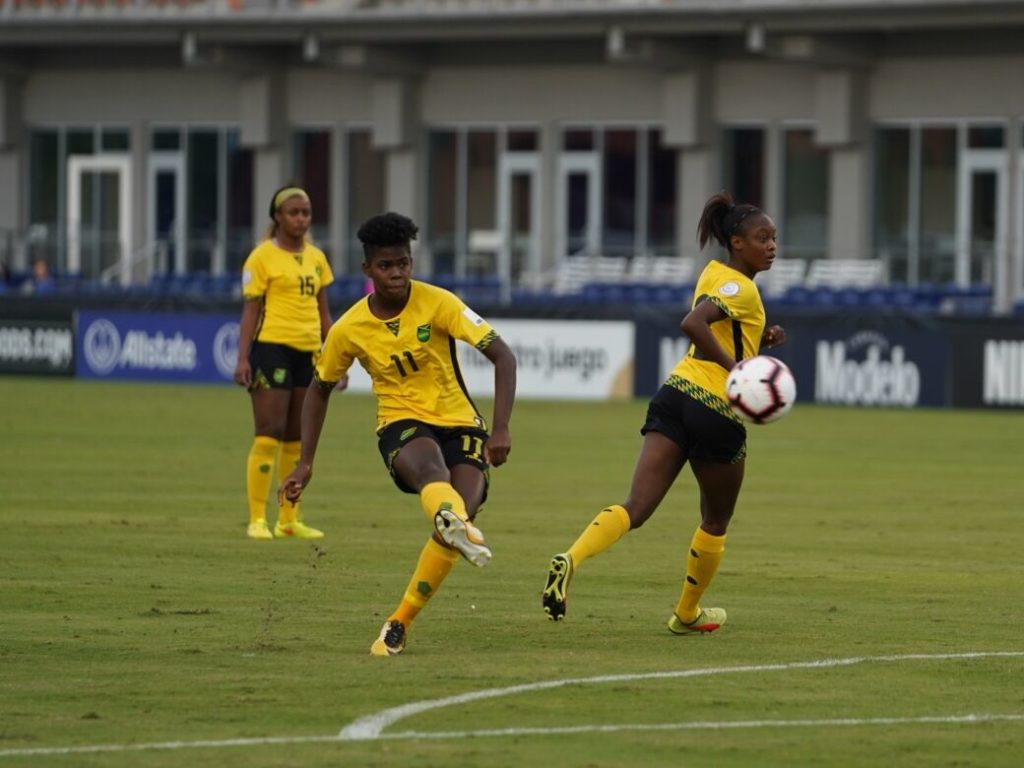 Jamaica are one step from the World Cup and Costa Rica are heading home after the final Group B matches at the Concacaf Women’s Championship went according to form on Thursday night in Edinburg, Texas. Jamaica started by defeating Cuba 9-0. That left Costa Rica needing to upset Canada to advance, but they fell short in a 3-1 loss.

The Reggae Girlz will face the United States on Sunday night in Frisco, Texas. Canada, winner of Group B, will play Panama in the opening match of the doubleheader. The winners will qualify for the World Cup and meet in Wednesday’s final. The losers will also meet Wednesday with the winner of that match also qualifying. Whichever team finished fourth will play off against Argentina for a berth next summer.

Yenith Bailey is the hero of this tournament so far

It was 16-year old Jody Brown who scored a hat trick for the victorious Jamaicans while Sashana Campbell, the oldest player in the side at 27, added two goals of her own. Christina Chang, Deneisha Blackwood, Khadija Shaw, and substitute Marlo Sweatman also scored. 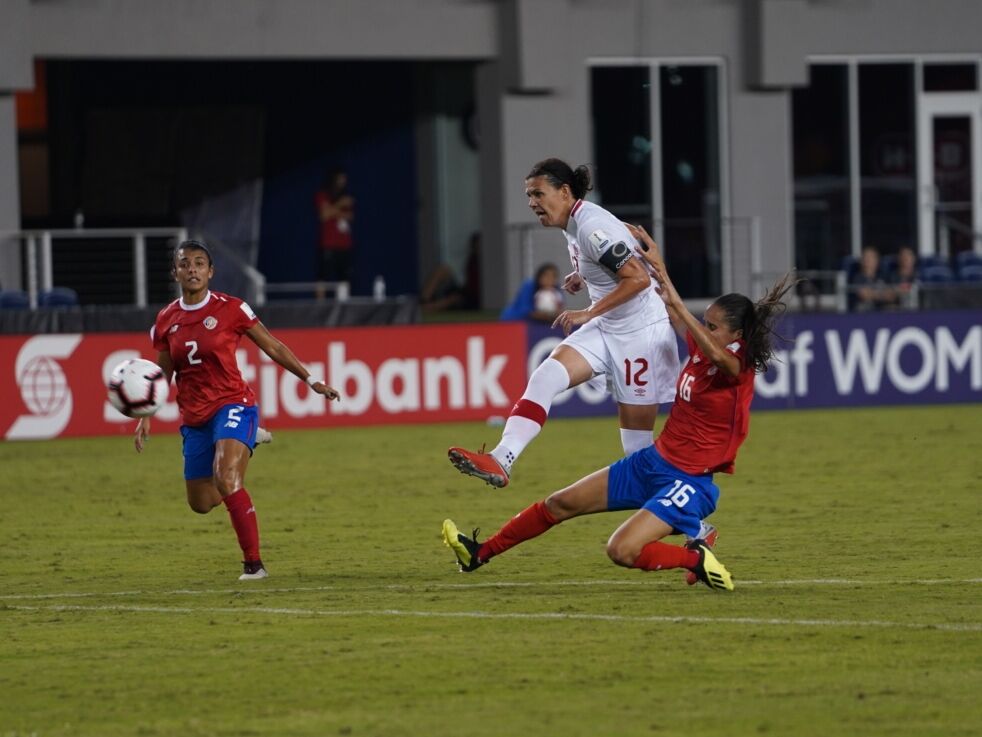 Canada’s victory included Christine Sinclair’s 175th international goal which leaves her 11 short of all-time world record holder Abby Wambach, who also scored No. 175 against Costa Rica in a qualifier. Janine Beckie and Nichelle Prince had Canada ahead 2-0 at halftime and Sinclair added her goal in the second. Gloriana Villalobos snagged one late for Costa Rica to prevent Canada from going through all three group matches without conceding.

Costa Rica were eliminated from the World Cup four years after reaching the global event for the first time. Cuba’s first trip to the Concacaf Women’s Championship ended with three losses by a combined 29-0.

Kailen Sheridan, from off the roster to a chance to start
Friday Roundup: Catley undergoes minor knee surgery in preparation for World Cup