Also in today’s roundup, a plethora of NWSL players are headed Down Under for upcoming W-League season. 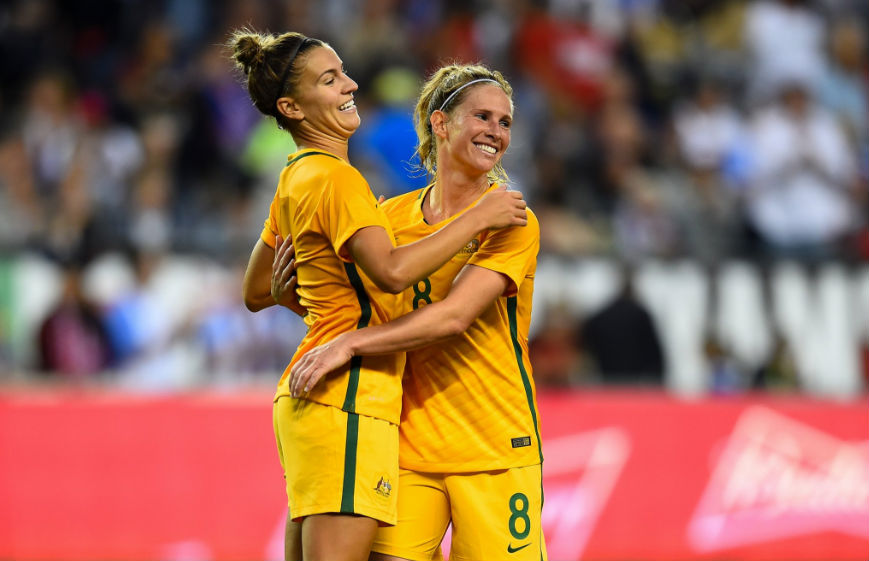 Australia and Seattle Reign defender Steph Catley was set to undergo a minor knee surgery following her country’s 1-1 draw against England on Tuesday, according to a report by The Women’s Game.

Neither the procedure nor its recovery time is expected to sideline the 24-year old for much, if any, of the upcoming 2018/2019 W-League season.

“Its minor surgery, so it won’t rule me out,” Catley told reporters following the match against England earlier this week. “It’s a little clean up.”

The surgery is to fix a knee problem that she has been playing through for several years now. Catley said that, with the 2019 World Cup quickly approaching, she wanted to make sure she was as fit and ready as possible ahead of the tournament.

“Yeah, it’s an injury I’ve had a little while, about three or four years that I’ve just been chuffing along with, but going into a World Cup I don’t want to hold onto that.”

Catley is not the only Matilda to undergo surgery following the conclusion of the NWSL season. Orlando Pride midfielder Alanna Kennedy announced on September 25 that she had undergone double foot surgery, also to be as healthy as possible going into next year’s World Cup.

“We’ve had a few players who’ve had a little rest or surgery to nip in the bud to make sure we’re ready for the World Cup. We want to be fit; firing off the back of a W-league season, so there’s no excuses.”

More NWSL players loaned Down Under 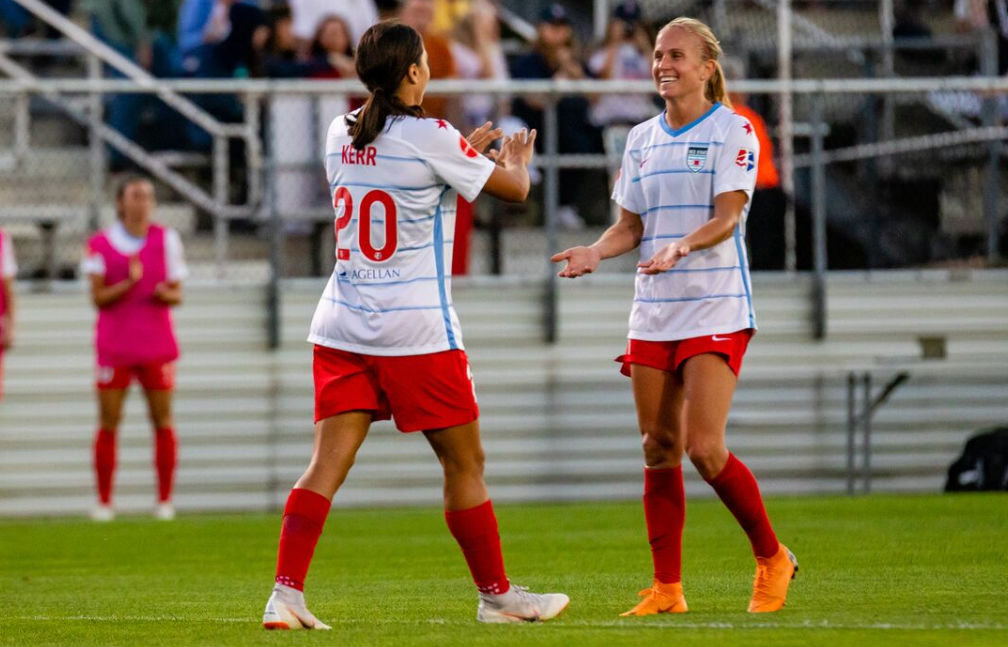 Sam Kerr and Alyssa Mautz will be teammates once again for Perth Glory FC of the Australian W-League. (photo copyright Tom Salus)

With the National Women’s Soccer League season officially over, a number of clubs have begun announcing their offseason loans, most notably to Australia’s W-League.

On Thursday the Seattle Reign announced that they had loaned eight players to the W-League for the current offseason. Seven of those players have been loaned to the three-time reigning title holders, Melbourne City FC. Defenders Lauren Barnes and Theresa Nielsen, goalkeeper Lydia Williams, forward Jasmyne Spencer, and newly signed midfielder Elise Kellond-Knight will be with City for the entire 2018/2019 W-League season, while English-international forward Jodie Taylor will join the club in December.

Defender Steph Catley, who was loaned to the Reign by Melbourne City for the 2018 NWSL season, is set to return to the team for the entire W-League season despite recently undergoing minor knee surgery.

Elizabeth Addo is the lone Reign player headed Down Under who will not join Melbourne City; instead, she will play with Western City Wanderers. She and the other loaned Reign players will return to Seattle ahead of the 2019 NWSL season.

The Chicago Red Stars also announced a number of their players headed to Australia this offseason, including forward Sam Kerr, midfielders Alyssa Mautz and Nikki Stanton, and defender Katie Naughton.

Japanese international forward Yuki Nagasato has also been loaned to the W-League but will be facing her Red Stars teammates, suiting up instead for the Brisbane Roar.

Two members of the Utah Royals FC are also headed down under, with Scotland captain and defender Rachel Corsie recently being announced as a loan to Canberra United and Icelandic international and midfielder Gunnhildur Jonsdottir headed to Adelaide United.